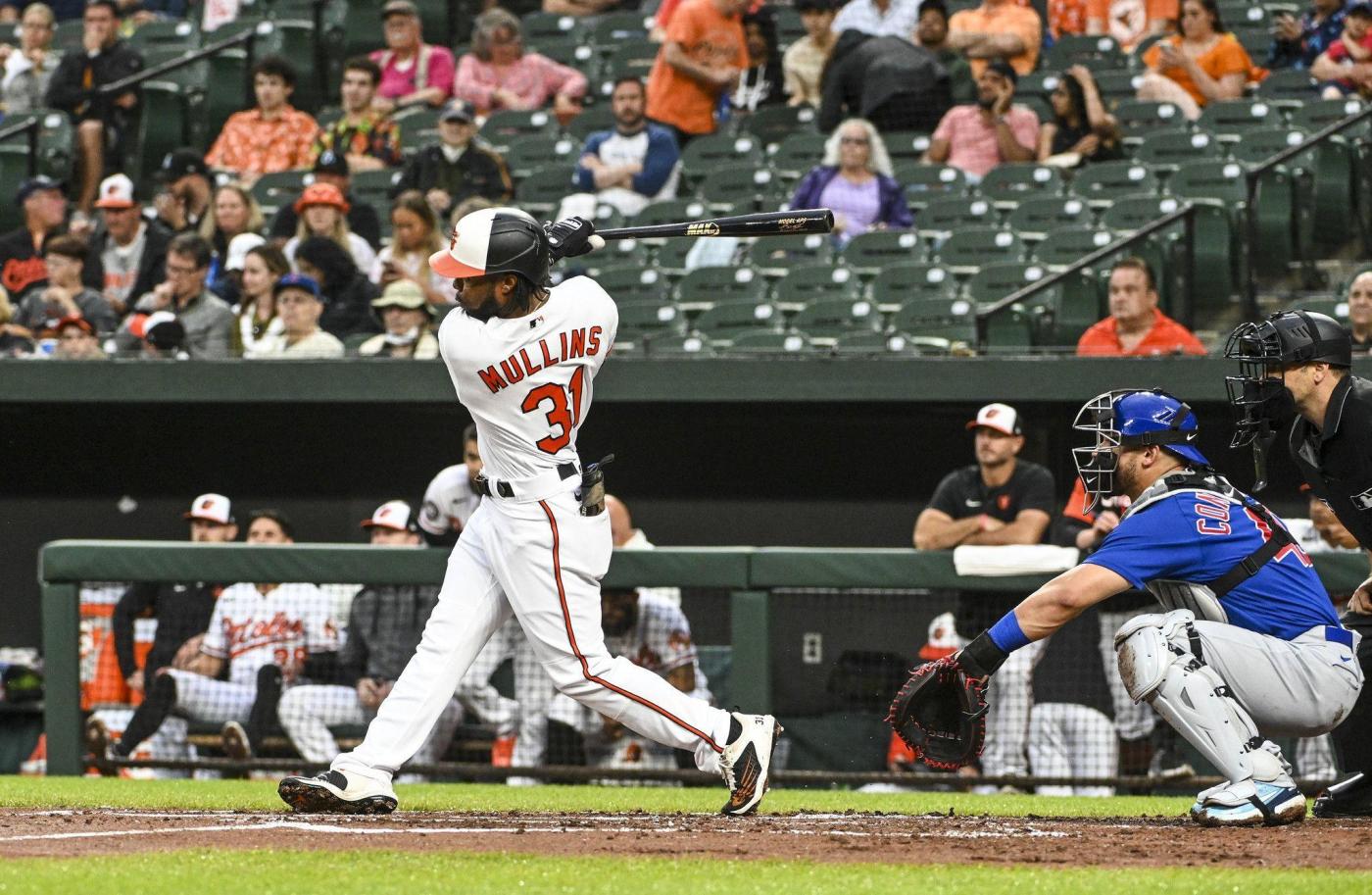 It was more of a golf swing than anything else, digging out a curveball just below the strike zone. But the result Tuesday night led to a trip around the base paths for Orioles center fielder Cedric Mullins — something he hadn’t done since May 10 — and perhaps something more, something not as visible to the human eye.

Mullins has been a below-average hitter this season. The advanced analytics, entering Tuesday, say so. With 100 being average, Mullins held an OPS+ of 93, making him seven percentage points below the baseline major leaguer at the plate. His defense and work on the base paths make up for that difference, but after a 2021 season in which he finished with a 137 OPS+, the start to his 2022 campaign has been disappointing.

So the home run Mullins launched to lead off Tuesday’s 9-3 win against the Chicago Cubs meant more than one run. It was a sign that a breakout could be just around the corner, a boost of confidence for a player muddled with a lack of results early on.

“Ced’s probably putting too much pressure on himself, but he is grinding,” manager Brandon Hyde said. “He’s an incredible worker in the cage and he’s trying to get it right. We’re seeing small doses of good things that could lead into a good second half.”

At this time last season, Mullins took off, performing at a level few other center fielders could match. He finished ninth in American League Most Valuable Player voting, earned an All-Star nod and a Silver Slugger award, and put himself on the map.

Mullins finished June 2021 with a 1.172 OPS, blasting eight homers while swiping seven bags — well on his way to his first 30-homer, 30-stolen base season and the first in Orioles history. But this offseason, organizations around the league circled his name and looked for ways to attack Mullins differently.

They settled on more two-seam fastballs and sinkers under his hands, a location he has struggled with this season. Mullins has a .205 expected batting average on low-and-inside pitches, per Statcast, while 31% of his 46 strikeouts have come from pitches in that zone. He’s whiffed on 23% of his swings on balls in that location, the highest of any zone.

“To put it simply, they’ve made adjustments to me, and over the course of this year, I have to make adjustments to them,” Mullins said. “Last year I was kind of under the radar in terms of how guys were approaching me, and I was able to take advantage of that.”

It led to a slow start to the season, as Mullins hit .236 with a .667 OPS in his first 55 games compared with a .299 average and an .842 OPS during the same time frame last year. And that was before June, when Mullins erupted.

Still, the raw numbers this year largely mirror what Mullins produced last year by this time, even if the averages are lower. He has managed six homers through 56 games for the second straight year. In 2021, Mullins swiped nine bases by this point. He already has 11 this season, lining him up for a second straight 30-30 season if he can find another launch pad in June.

But there’s a feeling that Mullins can do what he did last year, finding his groove as the weather gets warmer in June. And if there was ever a clue, the looping homer to lead off the bottom of the first Tuesday was as good as any.

“He’s showing signs of being that top-tier type of hitter, just gotta be a little bit patient,” Hyde said. “I think he’s just pressing a little bit, and trying to find it, find that feeling of getting hot. I think it’s going to come. It’s just a matter of time.”