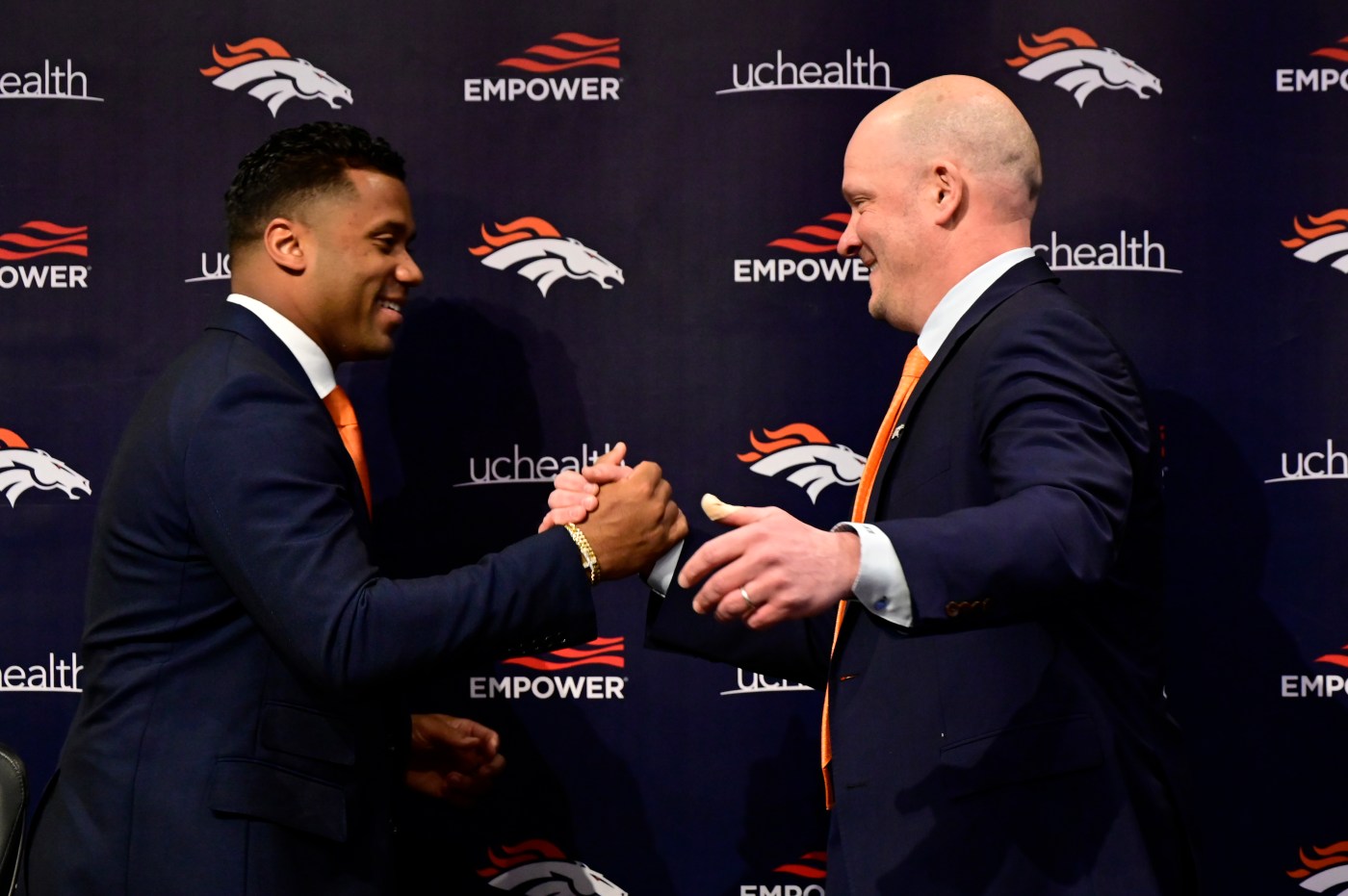 Is Nathaniel Hackett or Russell Wilson in charge at Broncos headquarters?

Kiz: On the eve of training camp, I asked Nathaniel Hackett if the quarterback or coach is more essential to the success of an NFL team. “Both,” Hackett replied. “It’s all about the communication between those two guys. I truly believe that. I think that relationship that you have with the quarterback sets the tone for everybody and everything.” Got it. Now I want to know: Who’s the real boss here: Hackett or Wilson?

O’Halloran: Geez, Kiz is coming off the top rope (wrestling term) with this question. But it is legitimate … to a point. I’ll continue to say that what sealed the Broncos-Seahawks trade to add Wilson had much to do with him getting more ownership in how the offense is constructed during the offseason, practiced during camp and planned during the regular season. And there’s nothing wrong with that; Wilson has earned that seat at the table. But Hackett carries the big whistle and thus is the real boss because he was in the room for the draft picks and will be for the roster cuts.

Kiz: When Peyton Manning joined the Broncos in 2012, it was my distinct impression that coach John Fox gave PFM almost blanket control of everything on the offensive side of the ball, from play-calling preferences to personnel on the field. That approach allowed Denver to score a ton of points, but the Broncos didn’t win Super Bowl 50 until after Gary Kubiak wrestled significant control away from Manning. What do you foresee as the working relationship between Hackett and Wilson?

O’Halloran: If Wilson trusts Hackett, and he appears to, the relationship should flourish because Hackett’s background is coaching quarterbacks and calling plays so he knows how important it is to have that player on the same page as the coaching staff every single day. Hackett also understands that it’s an exercise in tomfoolery to keep plays in the game plan that aren’t comfortable to Wilson. This will be a collaboration of the highest order.

Kiz: During 174 NFL regular-season and playoff games, Wilson has been sacked 476 times. Ouch. There’s no doubt he’s one tough dude. But if Wilson really wants to play another 10 years, I’m not certain he can keep exposing his body to that heavy physical abuse. So in my mind, here’s the key question in this relationship between Wilson and his rookie head coach: Can Hackett convince a veteran quarterback to fall in love with the idea of adding more quick-hitting, short passes to his arsenal?

O’Halloran: That sack total jumps off the page, doesn’t it? And I think that is the key talking point for Hackett and quarterbacks coach Klint Kubiak in their meetings with Wilson. It’s time to stop playing hero ball. It is time to embrace quicker passes to get the football to his playmakers and lessen the frequency he gets hit and take some of the pressure off his offensive line. That said, getting Wilson on the move by design should still be a big part of this offense.