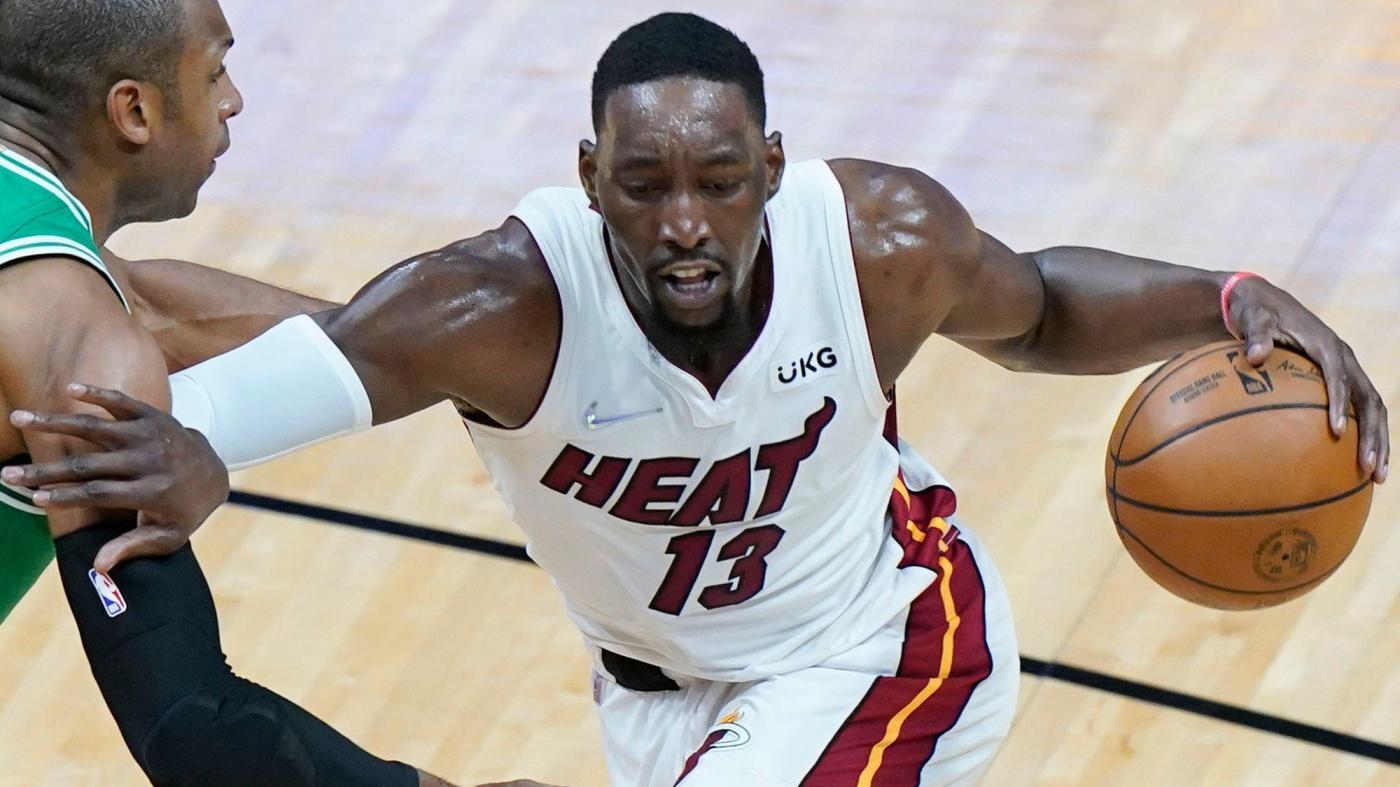 Q: I’ve been saying it since Bam Adebayo’s rookie year: It shouldn’t take five years to run plays for Bam. This offense doesn’t allow big men to thrive offensively beside the “energy” baskets, rolls, offensive rebounds, push shots. That’s why Precious Achuiwa attempted one three here, but goes to Toronto and Nick Nurse encourages it. So did Mike Brown in the Olympics. Here, the big man plays their “role” and never attacks a mismatch. – Swann.

A: Based on how the playoffs ended, and based on how Bam Adebayo reacted to the way the playoffs ended, I believe that will be part of his pre-camp summit with Erik Spoelstra. For years, Erik Spoelstra has sought ways to maximize Bam’s defensive game, with Bam proving compliant. It now will be interesting to see if Spoelstra is amenable to Bam’s desires on the other end. But also keep in mind that this is an offense that also has to feed Jimmy Butler, Tyler Herro and the team’s 3-point shooters. So, more than likely, this will again be a team where the scoring load and scoring averages prove balanced.

Q: Ira, why is there such a big deal of going into the luxury tax? Look at Golden State, the Warriors are not afraid to spend and look where they are. I’m sure it’s still profitable for Micky Arison to pay the tax and we get a better team. What do you think? – Karl, Kapaa, Hawaii.

A: But that’s not what the Heat’s primary issue has been this offseason. It’s been avoiding the hard cap in order to potentially upgrade the roster . . . and then pay into the luxury tax when the roster is maximized. This yet could be a tax team this coming season. And with a major personnel move, it likely will be. For now, flexibility trumps the tax.

Q: As honestly as you can answer, what exactly does Udonis Haslem do as literally a 25- to 30-minute-per-year player that he couldn’t do as an assistant coach? Is there any way that roster spot couldn’t be put to far better use? – Michael, Parkland.

A: Basically, it puts him in the locker room, as a co-worker for teammates to lean on. I’m not sure any outsider could appreciate the difference. But all you hear are teammates swearing by his presence. It’s one of those I-guess-you-have-to-be-there type things when it comes to the unique chemistry of a locker room and a bench.