Pose a Rockies — or MLB — related question for the Rockies Mailbag.

Patrick, after years of declining numbers Albert Pujols seems to have found the fountain of youth. Call me suspicious but could it be because of his popularity that pitchers may be grooving a pitch to Albert now and then so that he can reach the 700 home run milestone?

Bill, my gut reaction to your question is to say there is no way that anyone is grooving pitches to Pujols. Except in rare cases, professional sports don’t work that way. The players are way too competitive and they would lose the respect of their teammates if they did that.

I reached out to Derrick Goold, the exceptional Cardinals beat writer for the St. Louis Post-Dispatch, with your question. Here’s what he told me:

“First, check out some of the pitches. I can think of two that were hardly grooved. Heck, one was at his neck. That’s anecdotal, but you’re welcome to check the video.

“Second, if ‘fountain of youth’ is a euphemism for health and the right matchups then that’s what he’s found. His feet and legs are feeling better than they have in years, and that’s partly because he’s not playing every day. He’s not playing every day because the Cardinals, until recently, had him lined up against left-handed pitchers, just as the Dodgers did a year ago.

“This streak of homers started when the Cardinals had a run of games against left-handed starters, and Pujols found his rhythm there.

“Third, he’s just having a blast being back with his close friend Yadier Molina, being back where he’s adored in St. Louis, and back in a clubhouse with players like Nolan Arenado, a baseball fanatic who has not hidden how fond he is of Pujols, his favorite player.”

Hi Patrick. I do appreciate all your knowledge inside and out on the Rockies. I am flustered that Dick Monfort will not make a major change to try and change the culture of losing on the team. But it is what it is. My question is what metric does Monfort use to consider whether a season is a success or a failure? Does he go by win/loss record which in past years has been a failure? If he does it by attendance, then I can see why he does not want to upset the apple cart.

Del, I get a lot of questions about owner Dick Monfort. For the most part, they really aren’t questions but opinions wrapped in quasi-questions. I can only respond to these submissions so many times.

But you raise a legitimate question. Monfort, however, rarely talks to the media, so it’s difficult for me to gauge what he’s feeling right now. But he does care about wins and losses, of that I’m sure.

But, in my opinion, he cares more about the bottom line of his business than he cares about the Rockies’ record. He’s not that different from a lot of mid- and small-market owners.

Keeping fans coming to Coors Field is Monfort’s No. 1 priority. By that measure, the 2022 season has been a success. The Rockies rank sixth in attendance, averaging 31,982 fans per game at Coors Field.

Monfort would tell you, I believe, that he funnels as much money as he can back into the team. The Rockies’ current payroll is $112.6 million, which ranks 19th in the majors. Of course, it’s not just about player payroll, it’s also about beefing up the analytics department, where the Rockies lag behind other teams.

Hi Patrick, have a couple of questions about the ballpark. I wanted to ask when they started with all the techno/flashing light shows to pump the crowd up. And have you noticed the tree at the front of the batter’s eye, that thing has gotten big over the years. It blocks a good portion of the fountains when they hit homers from behind the plate. I think it’s a blue spruce.

Also, you do great work covering a bad baseball team. It can’t be easy.

Jeff, thanks for the compliment. It’s not easy covering a struggling team, especially as fan interest wanes at this time of year.

As for your questions about the ballpark, the light show you talk about has been a gradual addition to Coors Field this season. I’m not sure how I feel about it. As a baseball traditionalist, I suppose I should hate it, but I’ll admit that it’s kind of cool. I really like the walk-in show for closer Daniel Bard.

You’re correct, that is a blue spruce. The forest behind the center-field wall has really matured so they might have to trim some things. But I still love it. I’ve taken a couple of tours back there and it really is cool.

I once told a visiting beat writer that there are a couple of deer that live back there, and said that a couple of coyotes have been spotted. I think he believed me!

Greetings Patrick. Can you please describe how you folks covering the Rockies are situated in the press boxes (beat writers, radio and television). We viewers see Drew and his crew with AT&T, but no others. If you don’t travel now, where do you view the games, and how many screens? You are like Waylon Jennings singing the “Dukes of Hazzard” theme song, we hear you, just don’t see you. Thanks.

Robert, at Coors Field, the writing press (beat writers, columnists, bloggers), scorekeepers, the folks who run MLB Gameday, some of the TV crew, and the media relations folks all sit in the lower press box, next to the PNC Press Club. That’s the ritzy room that used to be part of the press box years ago until the press box was sliced by two-thirds.

The TV and radio folks are one level above us lowly writers.

As for road games, you’re correct, I rarely travel anymore. Such is the nature of my business now. It’s a shame.

So I sit in my office at home and watch the road games on TV. I still keep score, receive game notes, do my research, tweet and try to stay engaged as much as possible. But I miss asking questions of Bud Black and the players.

Hi Patrick, any idea what moves the team will make in the offseason to clear the logjam in the outfield? It seems like there is a lot of “4-A” level of production at the moment.

Also, any thoughts if Jose Iglesias might be a possible candidate to re-sign if Ezequiel Tovar isn’t ready to start next season? Thanks.

Jeffrey, you’re right, there is a logjam in the outfield. The Rockies have difficult but necessary decisions to make in regard to Sam Hilliard, Garrett Hampson and Connor Joe, among others. The Rockies need more power in the outfield. They also need a legitimate center fielder who can lead off. Whether or not they can find him this offseason is a big question.

As for Iglesias, according to the people I have talked to within the organization, it’s very doubtful that the Rockies re-sign Iglesias.

I enjoyed your column on Arenado! You mentioned that he forced the Rockies’ hand in getting traded to St. Louis. I would disagree with the folks down at 20th and Blake and would like your thoughts.

The issue seems to be with Monfort and the decision-makers. They were too worried about hurting someone’s feelings. They should have fired Jeff Bridich and told Arenado that they wouldn’t trade him, that he was under contract. It would have forced Arenado to opt out of his deal to leave, making him the bad guy to fans — and at the same time could have saved the Rockies around $70 million. Folks are forgetting Monfort is paying $21 million of Arenado’s salary in 2023.

Monfort said it was “Nolan’s choice.” Really? Because that isn’t how contracts work. He signed it and should have played in the purple pinstripes until he opted out of his own deal, thus becoming a free agent. I am sure a lot of Rockies faithful feel the same way.

Rip, I’m not sure what your question is. But I think that nearly everyone agrees that the Rockies were fleeced by the Cardinals in the deal.

For the record, here is what Monfort said during a news conference when the deal became official:

“A year ago we tried to find out whether there was a (trade) fit for Nolan quietly. That was Nolan’s and our hope. Then it got out. .. We shut it down because there wasn’t anything that was a fit.

“If I had my druthers, I would rather have Nolan Arenado, but it was Nolan’s choice. He wanted to move on. I’ve speculated over the last year why, and I’ve talked to Nolan a lot about it over the last year. But the fact remains that I think he just felt it was time for him to try something else out.

“That said, what do you do?  You can just wait and have him opt out at the end of the year and you get a draft choice. Or you can talk to some other teams and see if you can make a better deal. Although there’s a lot of financial ramifications in this, I think the fact of the matter is we honored what Nolan wanted to do and we made what we thought was the best thing we could do at the time. … This didn’t just all of a sudden happen. This took a lot of work. So, I think these are the results of that.” 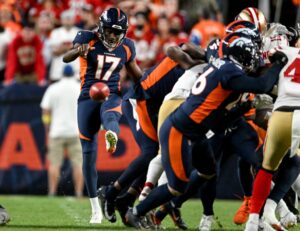