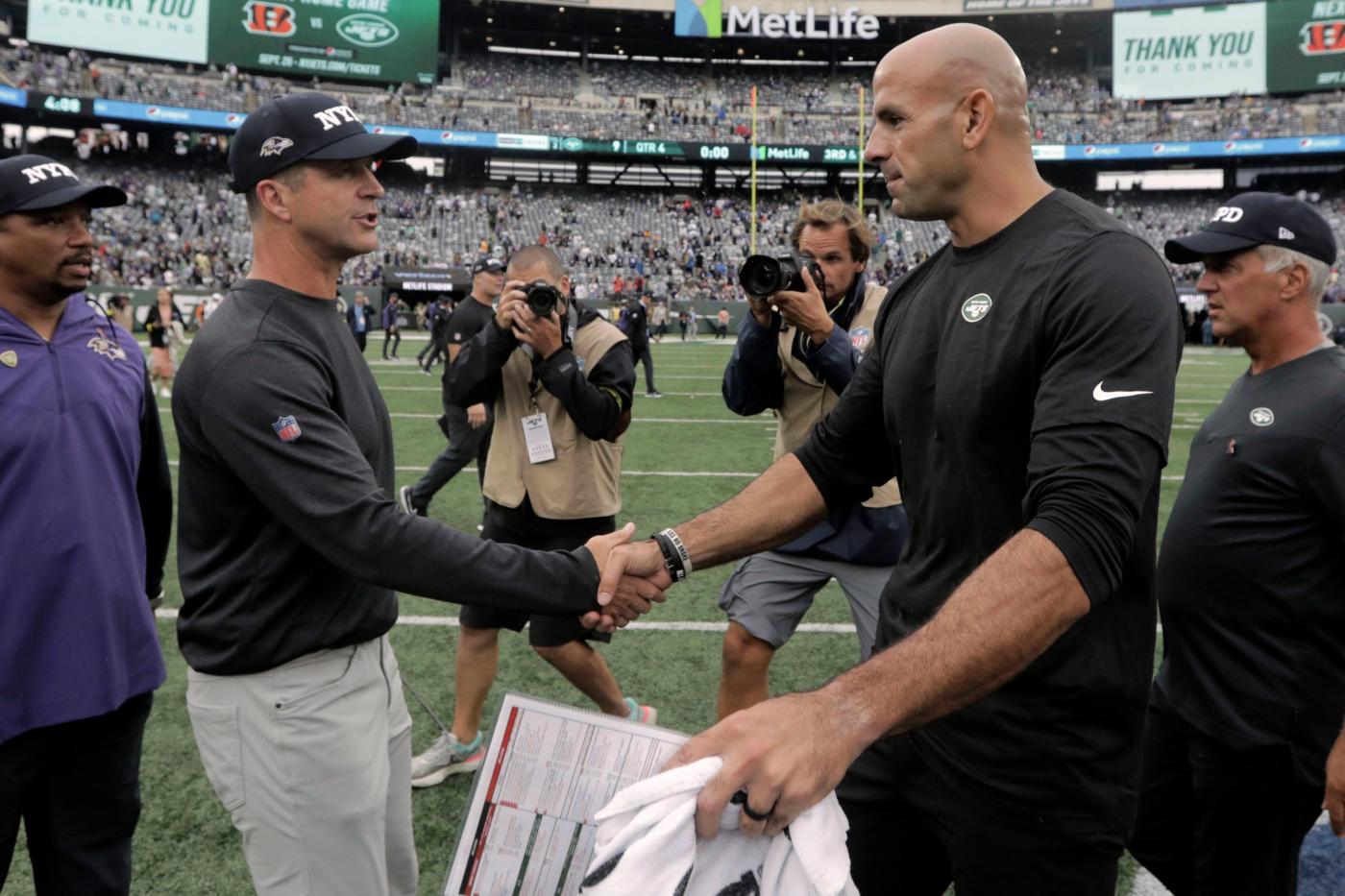 Monday afternoon, Jets coach Robert Saleh created a lot of headlines when he said he was taking “receipts” on all the people who kept mocking the team.

Wednesday, Saleh wanted to clarify what he meant by those comments.

“It doesn’t mean that I don’t appreciate the passion and the history of this organization in terms of what’s happened, especially over the last 11 years.

“Trust me, I’ve been on losing teams and it is not fun. But at the same time, our focus is on the 53-man [roster] and if you include the practice squad, we are focused on the moment and everything moving forward. While we are holding ourselves accountable, I just know it is going to happen and it’s just about proving it.”

It is hard to blame the fans and critics that feel this season’s Jets team is similar to the ones they’ve seen throughout the last 11 seasons. During that span, the Jets have a record of 63-115, the third worst in the NFL (Jacksonville Jaguars, Cleveland Browns).

Gang Green also has the longest playoff drought in the NFL (11 seasons). Despite the talk from Saleh and the players about this year’s Jets team, Sunday’s 24-9 loss to the Baltimore Ravens looked very reminiscent of years past.

In the first half, the Jets offense was stagnant as they only recorded three points and quarterback Joe Flacco had just 105 passing yards. Although there’s nothing Saleh and the Jets can do about the previous 11 seasons of the franchise, they are looking forward to showing signs against the Cleveland Browns on Sunday.

“While everyone in this locker respects the past, this group is responsible for the future,” Saleh said. “While we do feel past years of the organization, we know it’s our job to heal those wounds also.

“From a managing standpoint, it will be easy when we win. You can’t control the outside noise. You can’t brainwash everyone, you can’t convince people what you see, they have to go see it because they’re not here.

“We are bigger, faster, we are more physical and we are going to be better. But at the same time, we have to go prove it on the football field. And my commitment to this team and this fanbase is that we are going to do it.”

Not only was the offense unable to generate a ton of points against the Ravens last Sunday, but there were a ton of mental errors by the Jets. There were fumbles, dropped passes, interceptions and missed assignments.

Also, Jets kicker Greg Zuerlein missed a 45-yard field goal and an extra point. Despite the Jets outgaining the Ravens 380-274, the mistakes were just too much to overcome.

“We just have to trust the work that we put in and go out to the games and be confident and play fast. The only way to get over that is to get back to work.”

Jets safety Jordan Whitehead did not practice Wednesday because of an ankle injury. His status for Sunday’s game against the Browns is questionable.

Because of Whitehead’s status, safety Will Parks was added to the active roster. Parks spent training camp with the Jets before being released during roster cuts and later added to the team’s practice squad.

Whitehead is not the only Jets dealing with an injury as defensive end John Franklin-Myers is dealing with a toe injury and punter Braden Mann has a back injury. Wide receiver Braxton Berrios was also limited because of a heel issue.

That is why the Jets signed punter/kicker Ty Long to the team’s practice squad Wednesday.

Left tackle George Fant also had a veteran’s day off, but he is expected to practice on Thursday. A bit of good news for the Jets is starting quarterback Zach Wilson returned to the practice field.

Wilson participated in individual drills and did some light throwing to some of his teammates as well.