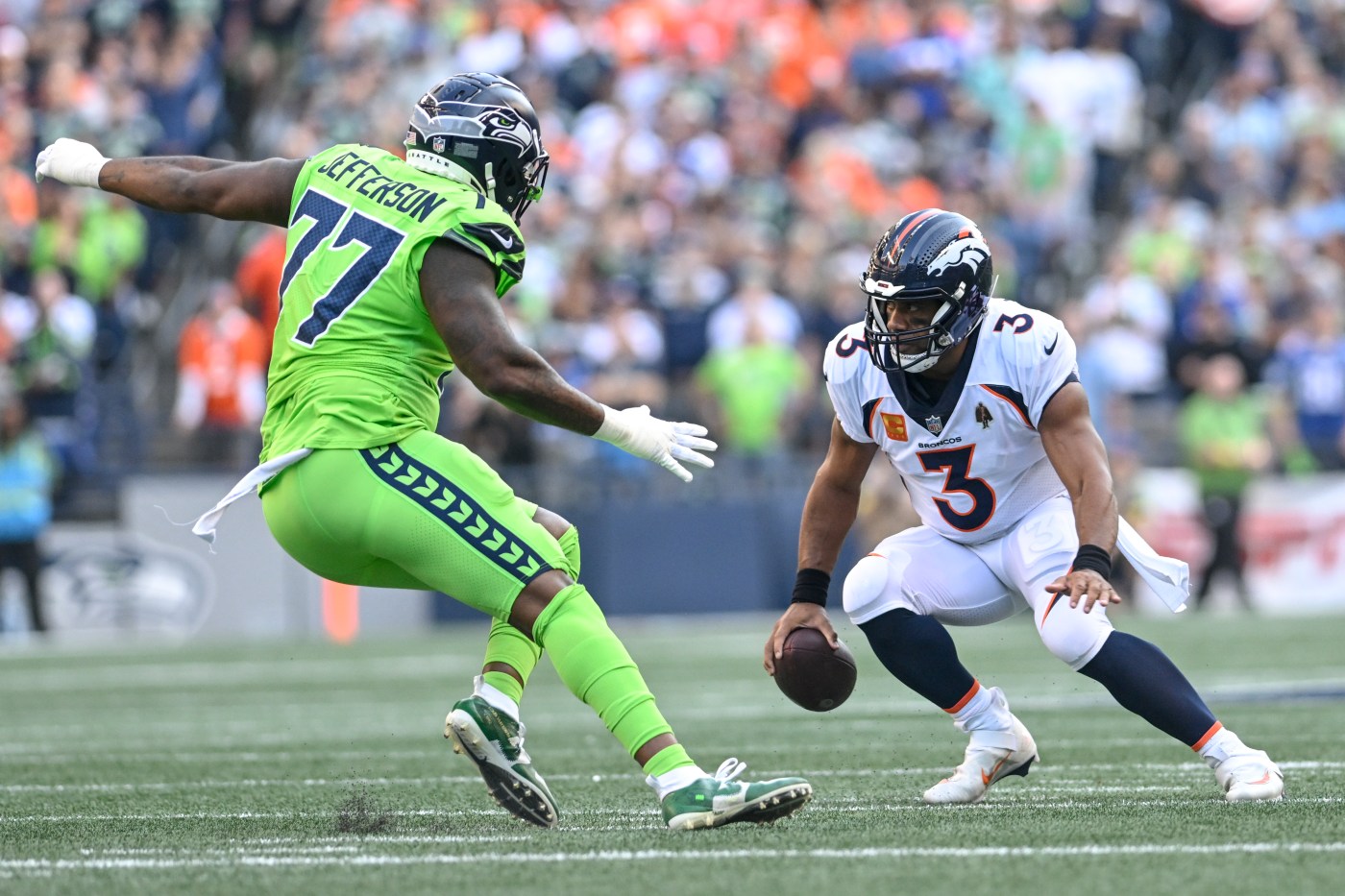 If you’d put the ball in Russell Wilson’s mitts in August, Nathaniel Hackett, maybe you wouldn’t have gotten blasted for taking it out of his hands in September.

One preseason series, Nate. Maybe two. Heck, would a quarter have killed anybody?

If Big Russ got to practice cooking in the red zone at Buffalo, with Bills Mafia screaming in his ear, maybe he wouldn’t have looked so panicked in Seattle.

If Graham Glasgow had a little work at live speed with Wilson, against live tackling, in front of a live crowd against Dallas or Minnesota, maybe he wouldn’t have hip-checked Javonte Williams in the backfield during Week 1.

If the Broncos’ starters had already shaken off the rust in the NFL preseason, maybe the defense wouldn’t have made Geno Smith look like the second coming of Drew stinkin’ Brees for a half on national television. Maybe Russell and his mates wouldn’t have been forced to play catch-up all night against what’s likely to be the worst offense in the NFC West.

And maybe you wouldn’t have had to spend Tuesday afternoon defending a desperation, 64-yard field goal attempt to Broncos Country. And to the taking heads from L.A. to Bristol who’d spent the previous 12 hours roasting you over an open fire.

“You know, looking back at it,” Hackett said to open his day-after Tuesday news conference when asked about his fateful decision that capped a 17-16 Broncos loss, “(we) definitely should have gone for it.”

“Just, you know, (it’s) one of those things, you look back at it, and you say, ‘Of course we should go for it, we missed the field goal!.’ But in that situation, we had a plan. I mean, we had a plan.”

Dude, it was a bad plan.

With 50-some seconds left on a fourth-and-5 at the Seattle 46, down one, you let 30 seconds run off the clock with two timeouts burning in your back pocket.

If Option A is a 64-yard field goal try at sea level, what was Option B? Fake punt? Fumblerooski? Divine intervention?

“It’s unfortunate, but that was our plan going into it,” Hackett continued, mea culpa-ing his original mea culpa.

You know what else is crazy? Treating preseason games like an inconvenience when you’re breaking in a new quarterback and new coordinators in all three phases of the game.

Yeah, yeah, yeah. Packers Rules. We get it. Injury risk. Marathon, not a sprint. Fine. But the trouble with giving your starters a month off is twofold:

One, you ain’t in the NFC North anymore. No more Bears to own. No more Lions to embarrass. Heck, to the fans in Kansas City and Vegas, you are the Lions.

Two, with all due respect toward player safety and welfare, especially where brain injuries are concerned, there’s still no better way to practice, no better way to improve at blocking, tackling, timing and contact than by actually going out and doing it in game conditions.

When waves of former Broncos players — you couldn’t throw a penalty flag at UCHealth Training Center in August without hitting an Orange and Blue alum — are walking away from camp shaking their heads at the kid gloves given to star players and at the lack of contact, that’s a worrying sign.

Look, nobody was expecting you to go full John Harbaugh here. Wins in July and August don’t mean squat.

It’s OK to hate preseason games. It’s not OK to dismiss them entirely.

Smith, who was mired in a QB competition with Drew Lock, played in all three of Seattle’s exhibitions last month. Josh Allen, who’s not in any competition at all, at least made a get-loose cameo against the Broncos. Patrick Mahomes did the same in two preseason games for the Chiefs. Sure enough, Allen (four total touchdowns in Week 1) and Mahomes (five passing touchdowns) came out scorching from the get-go, too.

On the flip side, eleven of the league’s signal-callers for Week 1 sat out the preseason. Eight of those QBs, including Aaron Rodgers and Wilson, got their backsides beat on opening weekend.

One series, Nate. Maybe two. Three drives in Buffalo are a heck of a lot easier to explain than three points in Seattle.