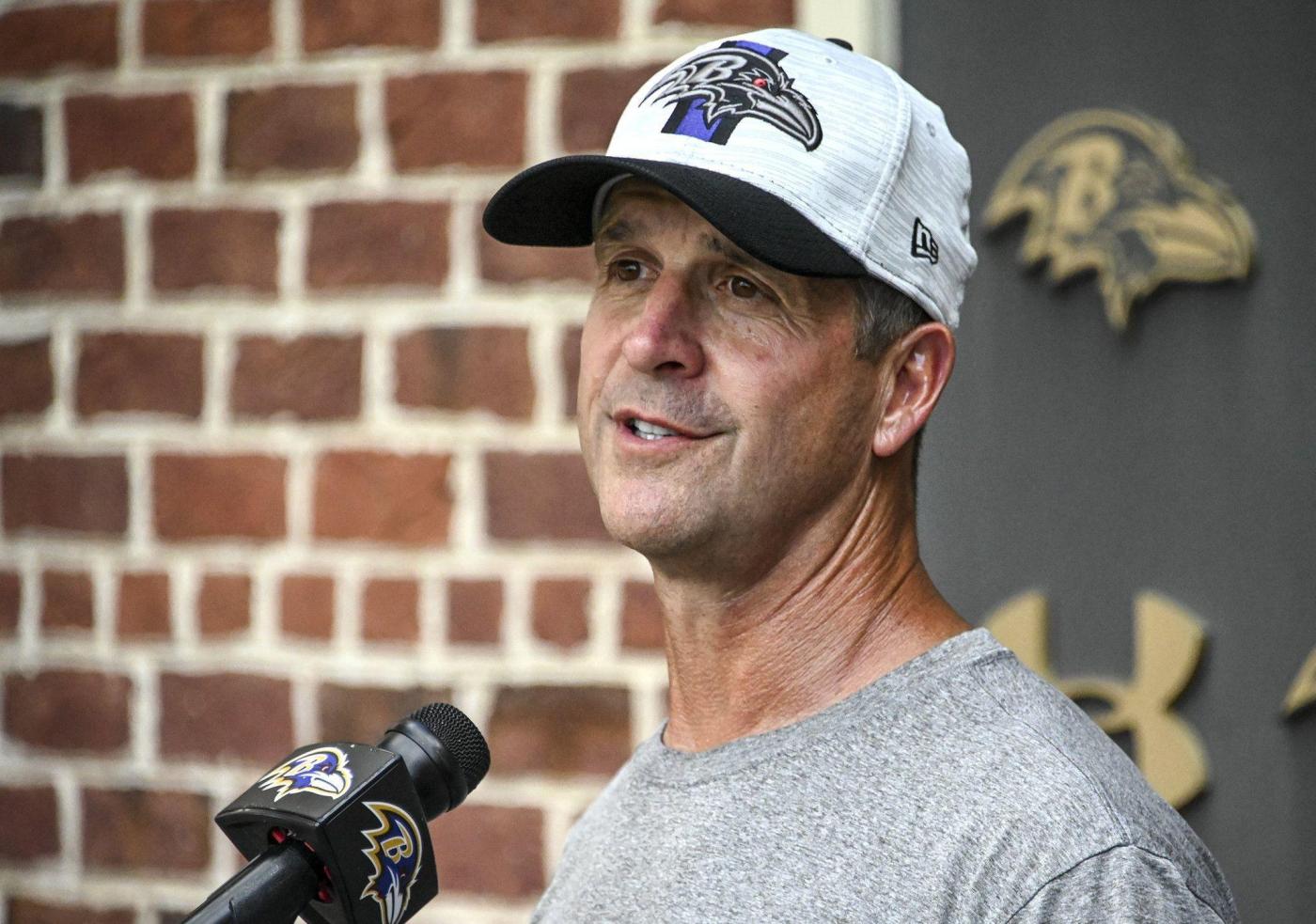 Thirteen days before Pernell McPhee had the Ravens’ first sack of the 2021 season and Anthony Levine Sr. led the team in Week 1 special teams snaps, neither was on the roster.

McPhee, the veteran outside linebacker, and Levine, the longtime special teams leader, were among the 16 Ravens cut ahead of the NFL’s deadline for 53-man rosters last year. If their releases registered as surprises around Baltimore, their returns in the following days did not. The plan was always to have them available for the season opener against the Las Vegas Raiders.

Those roster gymnastics are worth remembering as the Ravens prepare for the NFL’s final wave of cuts, with general manager Eric DeCosta set to pare a 78-man team down to 53. But the Ravens roster that’s finalized by 4 p.m. Tuesday will not be the same roster the Ravens enter the regular season with.

“We have a plan already, and we’ve started putting it into effect,” coach John Harbaugh said Monday. “There’s a lot of considerations: position value, special teams value, also practice squad value, strategy. Eric and his guys have to look at strategy in terms of who might get claimed or not get claimed, or where we are with health at certain positions. Those are all considerations that have to be made. So we’ll probably take our time through until tomorrow to wrap it all up. Then, probably, honestly, the next couple of days after that, there will be some things happening.”

Injuries will animate most of the Ravens’ roster decisions this week. Under NFL rules, DeCosta must wait until Wednesday to place players such as tight end Charlie Kolar (sports hernia) and rookie outside linebacker David Ojabo (Achilles tendon) on short-term injured reserve, sidelining them for at least four games. Defensive tackle Travis Jones, who suffered a minor knee injury in the preseason, is another IR candidate.

That means the Ravens will have to find roster replacements in short order. But they might not have to look far.

Among the players who could be released Tuesday are running back Mike Davis, defensive lineman Brent Urban, inside linebacker Josh Bynes, outside linebacker Steven Means and safety Tony Jefferson. All could contribute early in the season, if not start for the Ravens in Week 1. Just as importantly, all are “vested” veterans, too.

Vested veterans are players with at least four years of accrued NFL service time. Until the league’s trade deadline passes in early November, vested veterans who are released immediately reach free agency — bypassing waivers, where an interested team could claim them. A release Tuesday doesn’t necessarily signal a goodbye; it could mean, “See you when you re-sign in a day or two.”

“I know here and everywhere else they’re going to have the best guys that can play and be on their team,” Jefferson said after Saturday’s win over the Washington Commanders. “So I can’t really worry about that part too much. As long as I was able to go out there and showcase my abilities and show what I can do, the cards will fall where they fall. Obviously, I want to be a Raven, but I understand the technicalities that go with everything and all that.”

The Ravens’ reunions with McPhee and Levine last year demonstrate two potential paths back. McPhee was re-signed to the 53-man roster, along with veteran tight end Eric Tomlinson, two days after the Ravens released him and one day after wide receivers Rashod Bateman and Miles Boykin were moved to IR. McPhee played 36 defensive snaps against Las Vegas and appeared in 10 games last season.

Levine, meanwhile, was added to the 16-man practice squad one day after his release, activated for the season opener and promoted to the 53-man roster before Week 2 along with defensive lineman Justin Ellis, a fellow vested veteran. Levine played in all 17 games and led the team in special teams snaps.

Some practice squad moves have financial considerations; vested veterans who open the season on a team’s Week 1 roster have their base salary fully guaranteed. Players signed after Week 1, however, are entitled to only 25% of their base salary if released after a short tenure. The Ravens have just $8.6 million in salary cap space, according to the players’ union, among the smaller pools in the NFL.