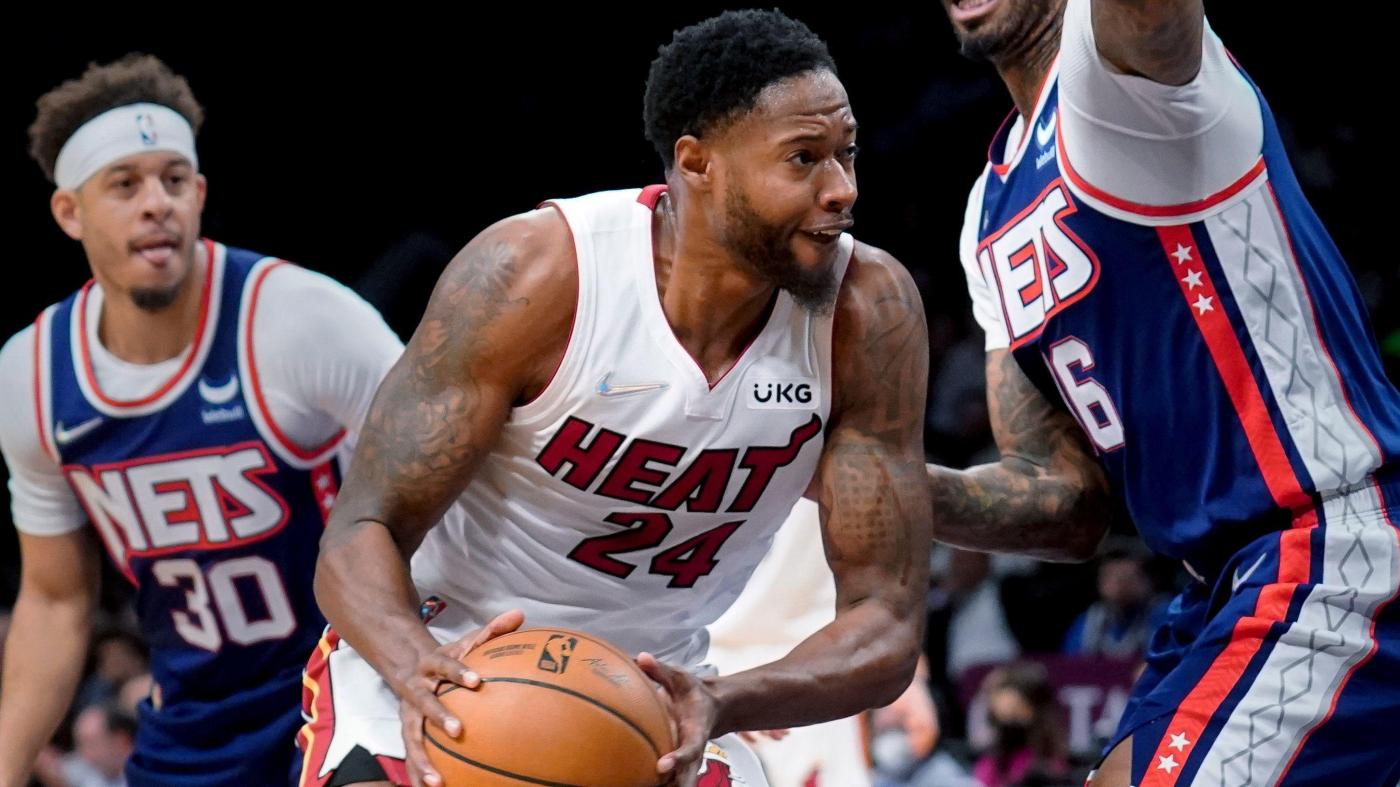 Even before P.J. Tucker left the Miami Heat, teammate Haywood Highsmith wanted to be the next Tucker.

With Tucker having departed to the Philadelphia 76ers in NBA free agency, Highsmith finds himself playing for the Heat’s summer-league team in Las Vegas amid heightened stakes.

“I have some of the intangibles P.J. has,” Highsmith, 25, told the Sun Sentinel. “I’m very versatile on defense and I like to play defense like him. And we’re both kind of stronger types of guys, can set screens, short rolls, and can get in the paint and make plays. So I think it’s always been in me.

“I can be a power forward. P.J.’s kind of like bigger, but I’m kind of like longer, I would say. So I could see me being a kind of power forward. But I think Miami does a very good job of just making sure we have people that guys can look up to and see ourselves.”

Neither Tucker nor Highsmith has the build of a prototypic power forward, a factor which has seemingly mattered little to coach Erik Spoelstra over the years with his position-less approach. Highsmith is listed at 6 feet 7, 220 pounds, with Tucker at 6-5, 245.

Highsmith, who went undrafted out of Division II Wheeling in 2014 and briefly then spent time with the Philadelphia 76ers, said he is ready and willing to upsize, perhaps to compete with re-signed Caleb Martin for minutes at the four.

“In the G League, I was a five man every now and then when we didn’t have a five with us,” said Highsmith, who is on a partially guaranteed contract. “So I have guarded taller guys. I just try to use my quickness and make ‘em play hard and front ‘em in the post. I’ve definitely guarded taller guys, for sure.”

In nothing else, the ongoing summer experience will allow Highsmith to consistently practice against height in front of the team’s coaching staff. Among those on the Heat’s roster for the Las Vegas summer league are 6-11 Omer Yurtseven, 6-11 Orlando Robinson and 6-11 first-round pick Nikola Jovic, among other big men.

“I’ve guarded Omer a couple of times in practice. I’ve guarded him in one on ones,” said Highsmith, who joined the Heat on an emergency 10-day contract amid the team’s COVID outbreak in December and then was signed for the balance of the season to a standard contract in March, in place of KZ Okpala. “So, I mean, guarding bigger guys, that’s the next step for me as far as power forward.

“I think the power forward position these days, it’s kind of all about versatility, switching on defense and shooting, which I think I can do. I’m like 6-6, power forwards are 6-8, 6-9. But I can see myself playing it in the right system, which Miami has, like the system for P.J., Markieff [Morris], and they also had Jae Crowder here.”

Of course, a key element in the 3-and-D equation is converting 3-pointers. Already, there has been a respectable 5 of 12 in three games at the California Classic in San Francisco, with the next opportunity to come Saturday at 5:30 p.m. Eastern (NBA TV) against the summer roster of the Boston Celtics on the UNLV campus.

“I think I’ve improved over the years as a 3-point shooter tremendously,” Highsmith said, having gone 9 of 28 with the Heat this past season. “A lot of my summer training is always about getting up shots, getting the repetition and stuff like that.

“I feel like once my feet are set, it’s a great shot for me. And not just corner threes, as well, but above-the-break, top of the key, wherever.”

Assistant coach Malik Allen, who is guiding the Heat summer roster, said so far, so good.

“With him, the expectation, it’s not going to be score 22 a game. I want his defensive intensity and his leadership on that end. And then his offense, be aggressive.

“He’s got really long arms and he’s got a good nose for the ball. He’s tough, competes. We just got to keep trying to find ways to get him involved on the offensive end of the floor.”