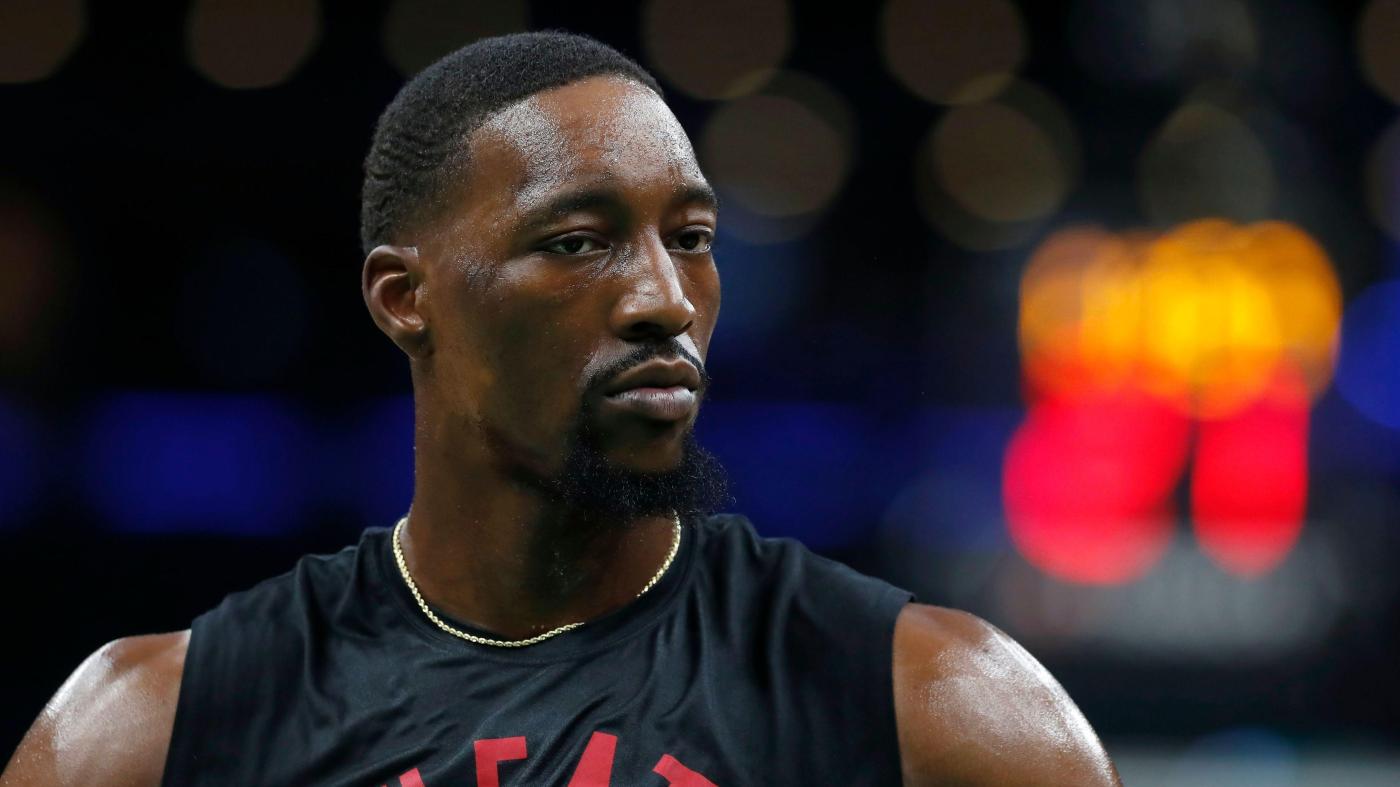 While stopping by to visit with the Miami Heat at the NBA Las Vegas Summer League, center Bam Adebayo said he appreciates the expectations of what should come next, because those also are his expectations.

Asked during 790 The Ticket’s ongoing coverage of the Heat’s summer-league games about his goal for the coming season, Adebayo said, “Just being a more efficient scorer.”

Adebayo came under scrutiny in the Heat’s seven-game loss in the Eastern Conference finals to the Boston Celtics, with three games of nine or fewer points, games he did not attempt more than six shots.

“I feel like my shot attempts are going to go up,” he said. “The guys want the ball in my hands. They want me to score more. So, my job is really easy.”

“It’s just good to have a feeling like we can run it back and do something different this year,” he said, “having Caleb back, having Dewayne, having Victor, guys who know our system, and then just everybody falling in line.”

“We feel like we came up short,” he said. “So I feel like that’s a mandatory, to get back to where we were and have a different result.

“It haunts you, because you get that close to something and one shot away. If you look at the game, there were so many moments where we could have taken advantage of the game.”

Having returned from a trip to England that included taking in Wimbledon, Adebayo said another trip is in the works, although he declined to detail that destination.

“I’m gonna take my mom on vacation,” he said.

During the conversation, Haslem addressed his role in aiding in the team’s developmental program, adding another hint that he plans to return for a 20th season.

Haslem, 42, said with so many teammates following his career path of undrafted NBA success, his impact should be apparent.

“Another misconception is that I take up a roster spot,” he said. “People don’t know that we got the most undrafted people in the NBA on our team. There is something going on here.”

Robinson, one of those undrafted players who has thrived with the Heat, agreed.

“Your value add, like behind the scenes, is exponential,” he said. “People can’t even begin to wrap their minds around the way you move the needle internally.”

Haslem said the impact comes by being in uniform, in the locker room alongside the players.

Robinson said the impact would not be the same if Haslem, as outsiders have suggested, simply moves on to a coaching role.

“You can’t have the same impact that you have on us when you’re sitting in that seat just three seats down,” Robinson said.

After Wednesday night’s 75-71 loss to the summer roster of the Philadelphia 76ers on the UNLV campus, the Heat have two games remaining at the NBA Las Vegas Summer League, Friday at 10 p.m. Eastern against the Toronto Raptors (NBA TV) and then one additional game either Saturday or Sunday, depending on the seeding result of their first for Las Vegas games.

Wednesday’s loss dropped the Heat to 1-2 in Las Vegas and 2-4 overall in summer league, after going 1-2 in San Francisco in the California Classic.

“I feel like summer league is an opportunity for me to just grow, become more of a leader and teach some of these young guys as the vet on the team some things,” Highsmith said.