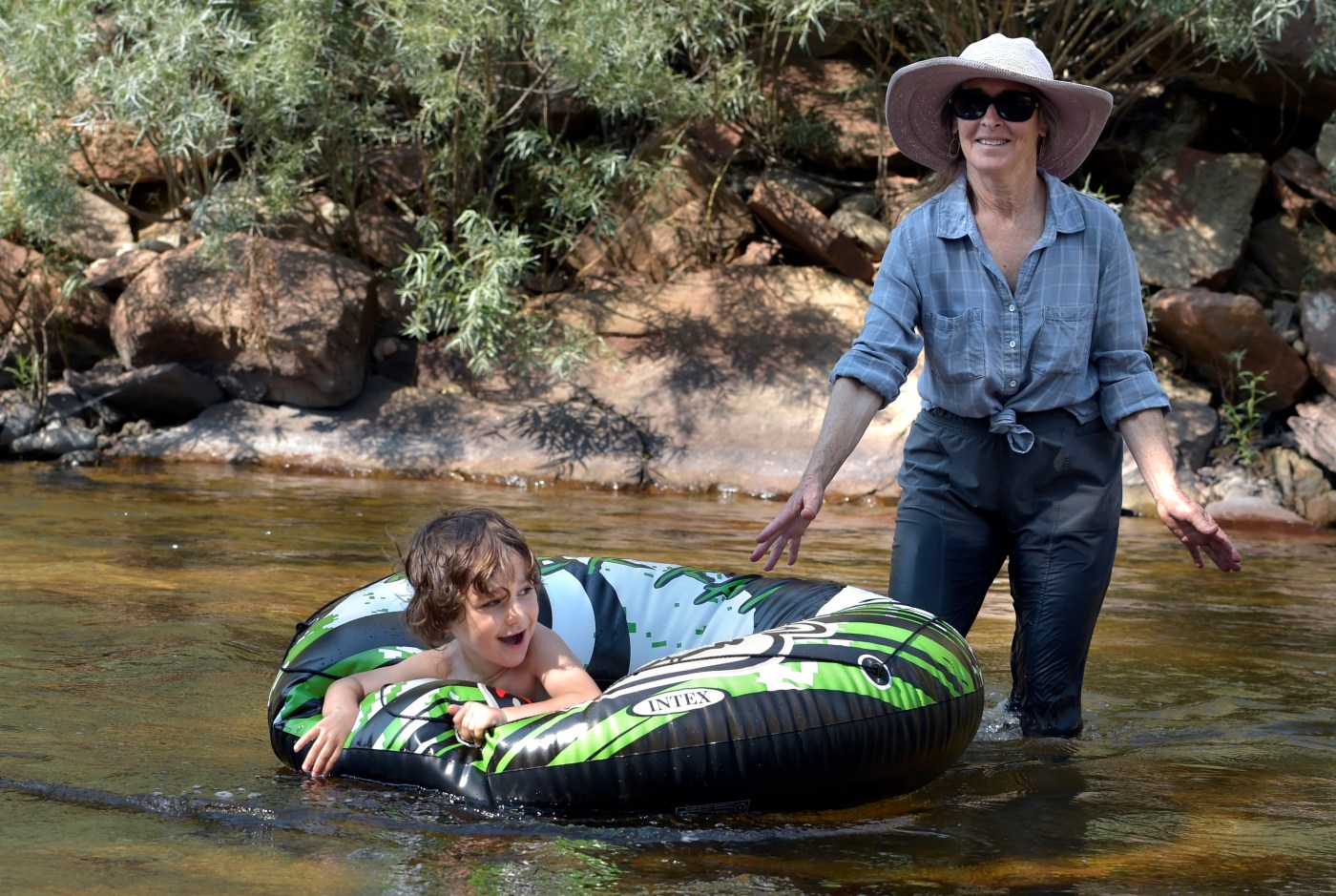 A record-breaking heat wave is sweeping through Colorado this week, prompting more than 30 public schools in Denver to send kids home early or shut down entirely, and sending millions of others scurrying for cooler confines.

The National Weather Service in Boulder has issued a heat advisory for 10 a.m. to 6 p.m. Wednesday for metro Denver and the northern Front Range, warning that hot temperatures may cause heat illness.

High temperatures in Denver on Tuesday, Wednesday and Thursday are forecasted to reach near 100 degrees, according to the National Weather Service, shattering previous records.

Previous record-highs of 97, 95 and 94 degrees for Tuesday, Wednesday and Thursday, respectively are all expected to be broken, the weather service said on Twitter. Normal highs in Denver are 84 degrees for this time in September.

Denver has seen five of them so far this year, the third-most of any year since 1872, according to National Weather Service data. The high mark was set in 2012, when there were 13 triple-digit days in Denver, followed by seven in 2005.

If temperatures reach 100 this week, Wilkinson said, it will mark the latest in the year Denver has hit that number.

The mountains won’t be spared, either: Highs in Kremmling are expected to hit 88 degrees Wednesday, which would break the record of 86 degrees set in 2020.

Climate scientists say more of these days can be expected in the coming years as the climate warms.

Coloradans could also see smoke coming in from fires in Idaho and Montana this week, fueled by westerly winds, Wilkinson said. That should abate Friday, when a cool front is expected to start lowering temperatures, she said. The high in Denver on Saturday is forecast to be in the mid-60s.

Winds will be relatively light this week, though, easing the state’s fire vulnerability.

“It’ll be near-critical conditions through Thursday, but not red flag warnings,” Wilkinson said.

“This comes down to a student safety issue,” said Scott Pribble, a Denver Public Schools spokesman.

Mitigation efforts, such as portable air conditioning units and large fans, haven’t been sufficient, he said. The district, meanwhile, is still waiting on cooling supplies from overseas that were supposed to be here this summer, Pribble said.

For those beating the heat at home, Xcel Energy advised people to use blinds or curtains to keep the heat out, make sure all exterior doors are fully closed and to utilize ceiling fans. The energy giant also recommended having air conditioner coils cleaned to improve efficiency and save energy, and to upgrade to programmable thermostats.