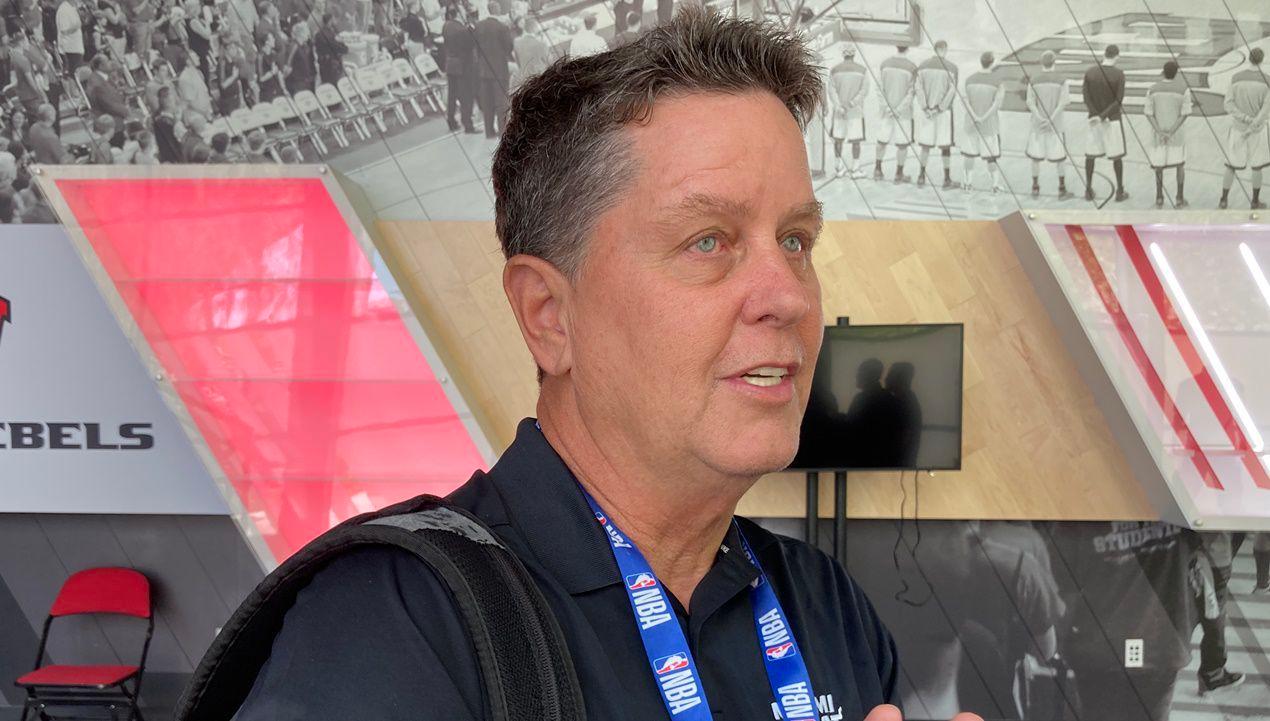 Erik Spoelstra could flash the pair of NBA championship rings won as head coach of the Miami Heat. But, as is his wont, modesty dictates otherwise. So a single wedding band suffices.

Then again, at least this week, the championship jewelry would pale in relation to a member of the Heat summer-league coaching staff.

Because Tim Cone has 24.

Years in the making, Spoelstra arranged for the most successful coach in Philippine Basketball Association history to spend time as part of the Heat’s offseason staff, including at the ongoing NBA Las Vegas Summer League.

The idea first was broached during previous visits by Cone, a 64-year-old native of Oregon, to Las Vegas to recruit prospects for his teams back in the Philippines. Up and back along Las Vegas Boulevard, Spoelstra, Cone and members of the Heat staff would spend July mornings working both their legs and basketball minds.

But the relationship predated even those strolls of sweat and strategy.

“I’ve known him since he came to the Philippines back in 2009,” Cone said of a Spoelstra visit on behalf of the NBA. “And we have connections through Oregon, I’m originally from Oregon, and through his mom, my dad’s cousin. So we’ve known each other.”

As a Filipino-American, Spoelstra long has been respectful of the basketball passion in his mother’s native country, one of the few where the sport is the No. 1 in terms of popularity.

“My family used to send me VHS tapes all the time, and that’s the thing that caught me, was the crowds, just how passionate everybody was,” Spoelstra said.

Seeing in person was further believing.

“I got to know him when I made my first trip over there with the NBA, and got to know him and his staff, and started going to his practices and his games,” Spoelstra said of Cone. “And then we just continued the friendship over the years.”

The respect is mutual.

While Cone, who began coaching in the Philippines in 1989, has his 24 championships, he is quick to note, “We play three tournaments a year. So we have a chance for three championships a year.”

“I mean, he has won 24 championships,” he said, taking in the Heat’s summer games from the stands at UNLV, as Cone works on the bench alongside summer-league coach Malik Allen. “He’s an absolute legend over there, and he’s still young as a coach. So he could still go for another 20 years. There’s no telling where he’ll end up at that point.”

And yet Cone, who said he has had “goosebumps” during this brief Heat opportunity, said the championships won by Spoelstra, including one as a Heat assistant coach, arguably carry more weight in the Philippines.

Cone joked that Spoelstra has no idea what he’s in for as an assistant coach to Steve Kerr with USA Basketball when it comes to the 2023 World Cup, with the Philippines among the host countries.

“It’s hard to imagine,” he said of what awaits Spoelstra. “It’s just truly hard to imagine. I don’t want to use the term god-like, but it’s almost like that.

For years, Cone attended the Las Vegas summer league as a recruiter of playing talent. Now, it’s as if his assignment is procurement of coaching talent.

“Every tweet you ever see in the Philippines is, ‘Why don’t we ask Erik Spoelstra to come over and coach our national team?’ ” said Cone, who has handled that assignment. “I mean, come on. We get that every time, ‘He should be over here coaching our team.’ “

Trouble is, in an attempt to be gracious, Spoelstra might have stoked those flames.

“Maybe he’ll return the favor, too, one of these days.” Spoelstra said of Cone’s current job swap. “And maybe I can be one of his assistants in one of those tournaments, a long time down the road. That would be pretty cool.”