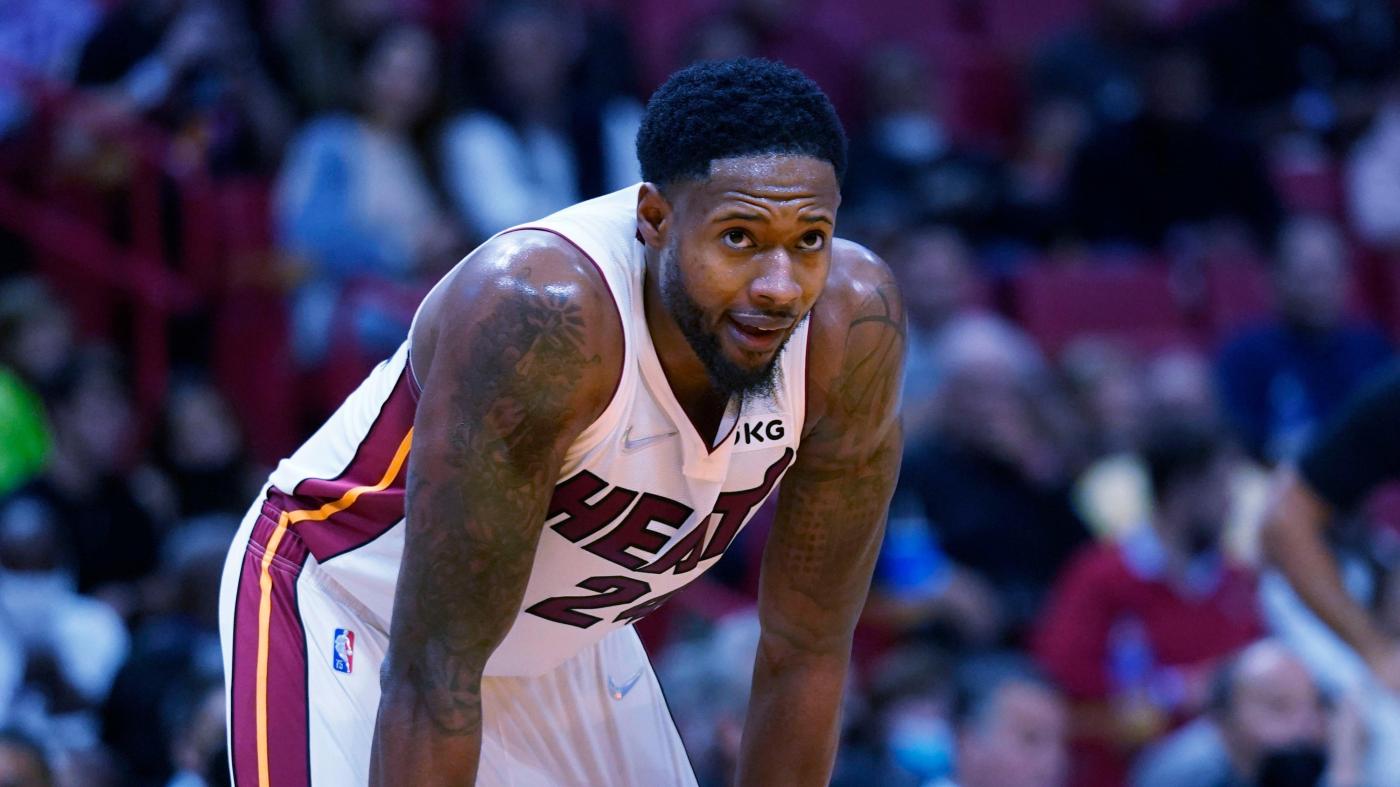 There were no guarantees when Haywood Highsmith reported for summer-league duty with the Miami Heat this past week in San Francisco. Now, there is an investment.

Added by the Heat amid the team’s COVID breakout in December and then brought back for the balance of the season in February, Highsmith is with the team’s roster for summer leagues this month in San Francisco and Las Vegas.

His next guarantee date is opening night of the regular season, when an additional $400,000 of his salary would be guaranteed.

Having previously spent time with the Philadelphia 76ers and their G League affiliate, Highsmith, at 6-foot-6, is being tested as an undersized power forward.

For now, he is letting the financial aspects take care of themselves, as he works toward a roster spot while also mentoring the younger players on the team’s summer roster.

“To be honest, I don’t really circle those days,” said the 25 year old, who went undrafted out of Division II Wheeling (W. Va.) University. “I just work. I don’t worry about that type stuff.

“As long as I’m working, putting in the work and showing what I can do and doing what I can control, it’s going to work out itself. So I don’t sit here and say, ‘Oh, it’s a guarantee day if I get past this date.’ I’m going to keep working.”

Highsmith and Omer Yurtseven, who will join the Heat for the Las Vegas portion of the July schedule, are the only veterans under contract on the Heat’s summer roster.

Highsmith was in the Heat’s starting lineup for Saturday’s summer-league opener at the California Classic against the Los Angeles Lakers at Chase Center, alongside Heat two-way players Javonte Smart and Mychal Mulder, as well as first-round pick Nikola Jovic and undrafted free-agent center Orlando Robinson.

No sooner had Cody Martin agreed to a four-year, $32 million free-agent contract to remain with the Charlotte Hornets, then Heat forward Caleb Martin, his twin brother, on Saturday posted dollar-sign emojis as congratulations.

Caleb Martin remains a restricted free agent in the wake of the Heat extending a $2.1 million qualifying offer for 2022-23 that allows them to match outside offers up to the $10.3 million mid-level exception.

Based on the Heat’s preference to avoid an NBA hard cap, the highest the Heat likely would go with Martin would be the $6.5 million taxpayer mid-level, which would max out at a three-year, $20.4 million contract.

Caleb Martin stressed after the season that his preference was to remain with the Heat, who upgraded him this past season from a two-way contract to a standard deal.

Caleb Martin would gain Bird Rights with the Heat if he remains for the team for another season.

With the Heat and Phoenix Suns among Kevin Durant’s preferred landing spots amid his recent trade request from the Brooklyn Nets, John Hollinger, the former Memphis Grizzlies executive, offered up a Heat permutation in a piece for The Athletic.

He continued, “It still seems tricky. The Heat might argue they don’t need to include this much draft equity, and would surely look for scenarios to avoid including Adebayo at all. Since those scenarios basically don’t exist, it might be a conversation-ender. Even if it wasn’t, Simmons would become a guy the Heat had to count on — yikes — and they wouldn’t have a center. But they would have Kevin Durant.”