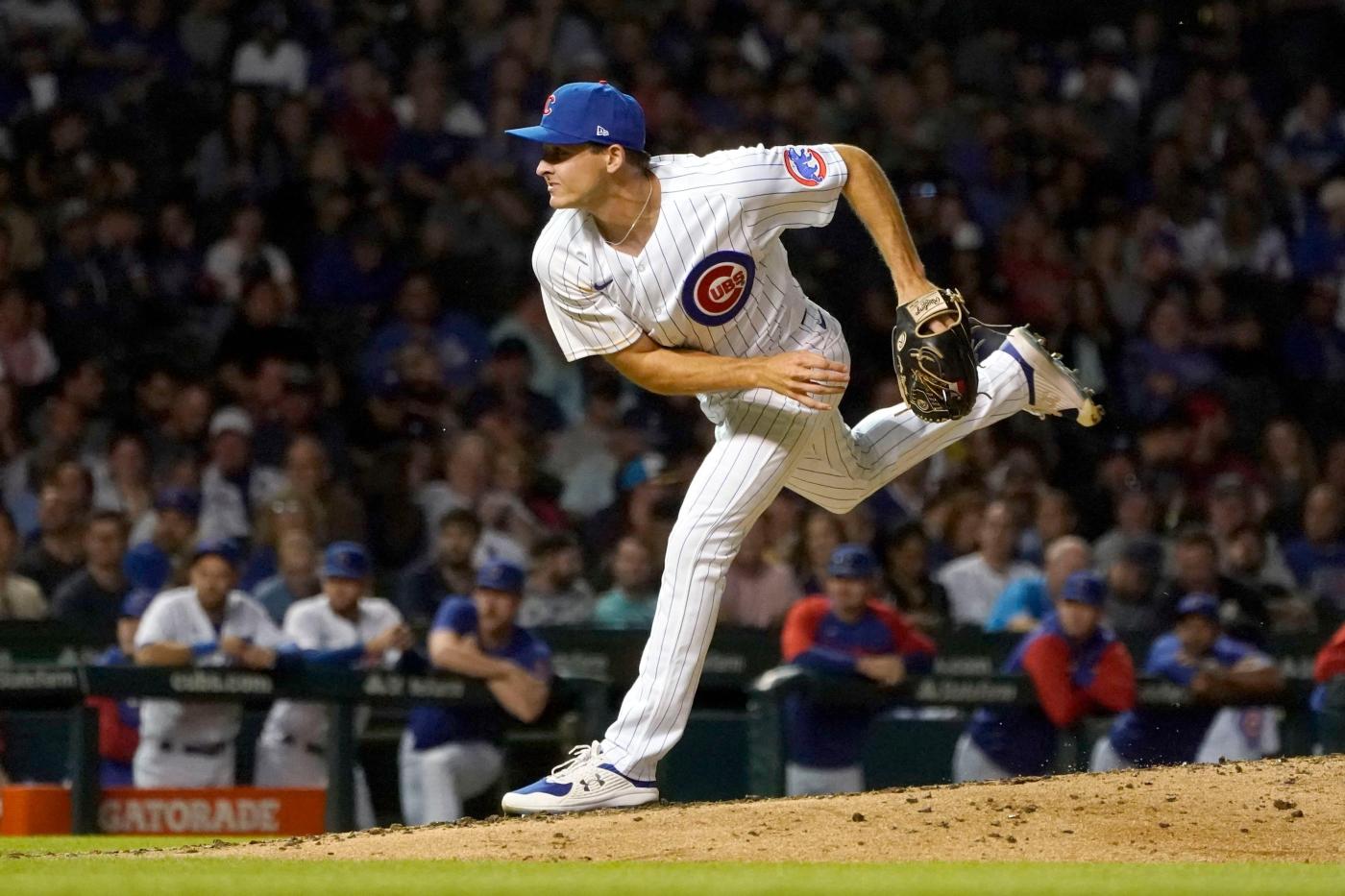 Wesneski and his Triple-A Iowa teammates had the day off, and with everywhere seemingly closed for the holiday, he had to settle for buying breakfast in a gas station. Before he could complete the transaction, a call came through from Iowa manager Marty Pevey, who informed Wesneski the Cubs called him up.

“Breakfast went out the window as I was trying to figure out what to do,” Wesneski said Tuesday. “I teared up a little bit, I mean I’m not going to lie. I’m not going to hide it, but it was really cool.”

After receiving the call, Wesneski almost called Pevey back to double-check he was indeed joining the Cubs.

“I hadn’t gotten many texts from the big-league side, and I told my dad, ‘I think I got called up?’” Wesneski said. “I wasn’t sure, like, I haven’t got any text messages. He goes, ‘Well, I can’t tell anybody that until you figure it out for real.’”

Everything became real for Wesneski on Tuesday when he arrived at Wrigley Field and put on his home pinstripes with his name and No. 19 emblazoned on his back. He expected to have 15 to 20 people at the ballpark for the series opener against the Cincinnati Reds, though his parents weren’t able to make it because his mother is ill.

Wesneski’s arrival felt inevitable by the end of the season after the Cubs acquired the 24-year-old from the New York Yankees before the trade deadline for reliever Scott Effross. Wesneski’s eligibility to be selected in the Rule 5 draft this offseason if the Cubs did not add him to the 40-man roster, combined with his performance in his last four outings for Iowa (2.37 ERA and .143 average against in 19 innings), led to this opportunity.

President of baseball operations Jed Hoyer said Wesneski’s performance at Triple A was what the Cubs expected aside from a rough first start (eight runs in 1⅔ innings).

“Since then he really stabilized and his stuff is real,” Hoyer said Tuesday. “Velocity has ticked up. Obviously his slider’s really good. He’s been really tough on righties. He’s going to go on the 40-man roster this winter and we were talking about the right time to bring them up, so this felt like it.”

Wesneski is viewed as a big-league starter, but his first taste of the majors came out of the bullpen. He relieved Wade Miley to begin the fifth inning Tuesday and pitched three hitless, scoreless innings with a walk and five strikeouts.

Wesneski is the 15th Cubs player to make his major-league debut this season.

That follows the path the Cubs utilized for Justin Steele and Keegan Thompson last season before they transitioned back into the big-league rotation. Wesneski’s last appearance for Iowa on Aug. 31 was a five-inning relief stint.

The Cubs told Wesneski a few days ago they wanted to use him out of the bullpen to help control his innings.

“They just want to give me options,” Wesneski said. “We’ll see how it goes the rest of the year. I mean, we still have a month to get to work, but for now I’m out of the pen. That’s fine. I’ve done it before and we’ll figure it out.”

Hoyer did not commit to the Cubs wanting to look at Wesneski in a starting role at some point over the final four weeks. He cited the health of the Cubs’ other starters as a factor in that decision.

“Honestly, I could easily see that, but we’ll kind of take it game by game,” Hoyer said. “We’ll start him in the bullpen and you could easily see a scenario where that happens. But we’re not going to force that.”

The uncertainty of Steele’s and Thompson’s availability figures to play a part in that decision. Both pitchers are on the 15-day injured list, Steele with a low back strain and Thompson with low back tightness. Steele landed on the IL on Monday after he still didn’t feel right when throwing a bullpen session over the weekend in St. Louis.

The Cubs won’t rush either pitcher to return before the end of the season. Steele already has pitched the most innings (119) in a season during his professional career, while Thompson, at 104⅓ innings, is 25⅔ from surpassing his career high.

Ideally, both would get in more work before the season ends Oct. 5 in Cincinnati, but the Cubs won’t force the situation. The focus remains on making sure they are completely healthy heading into the offseason. Hoyer isn’t worried about Steele’s or Thompson’s back injuries.

“The concern has to be getting those guys into the offseason healthy and ready to start their offseason conditioning. Both guys have real goals this offseason they want to reach.”