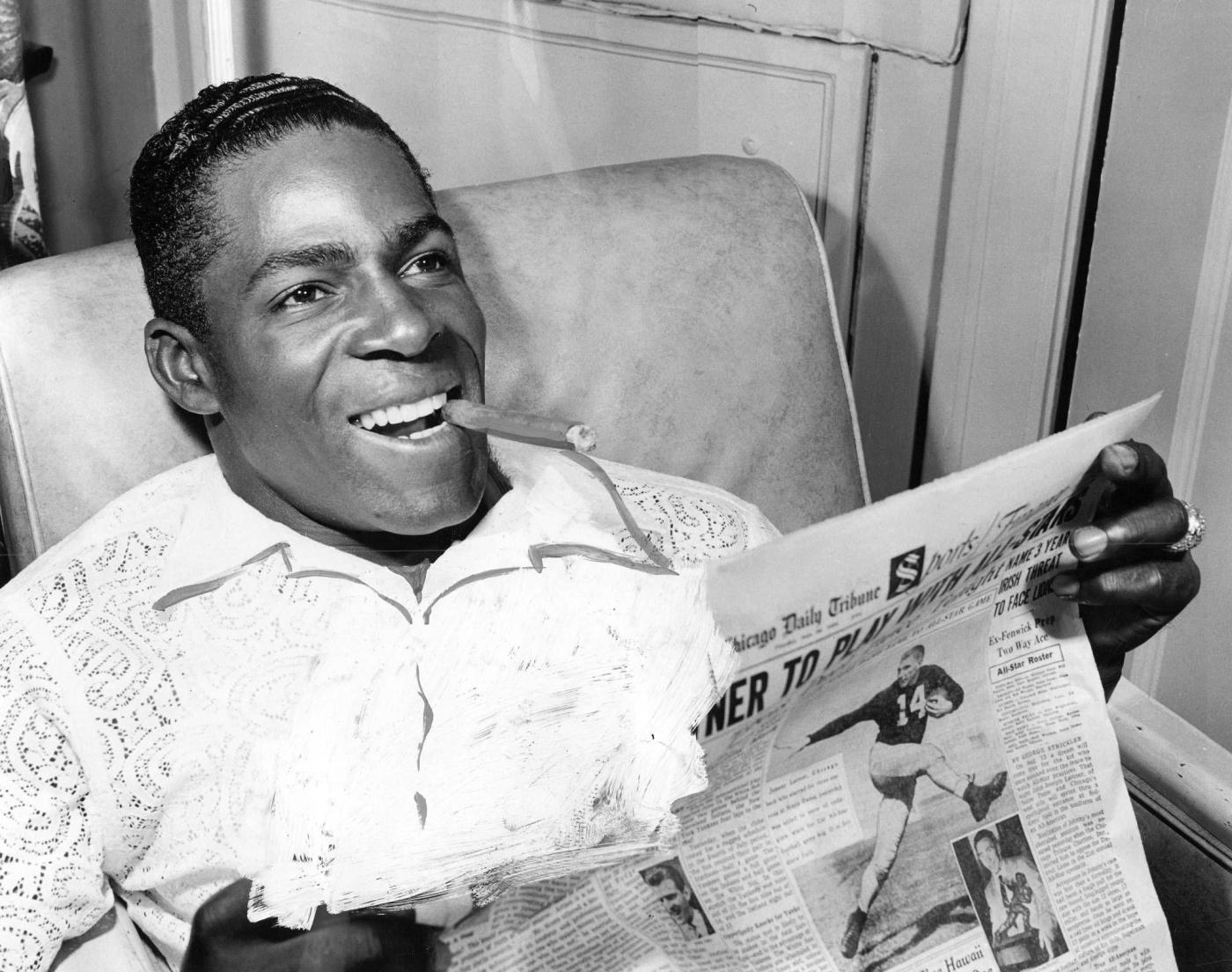 And, after all this time, inductee into the Baseball Hall of Fame.

The on-field statistics are plentiful for Miñoso, who died in March 2015 at 90, but are only a fraction of the story.

“He was a Hall of Fame person off the field and in the community, especially at home,” his son Charlie Rice-Miñoso said during a phone interview from Cooperstown, N.Y., on Friday afternoon. “He just had the biggest heart. I know it would have meant the world to him to be here in Cooperstown himself and to be on that stage.

“He spoke a universal language off the field and one-on-one because he was such a genuine individual. He was a very passionate Cuban. It means so much that his contributions will always be remembered.”

Miñoso, nicknamed the “Cuban Comet,” spent parts of 12 seasons with the Sox and was the first Black player for the team in 1951. He quickly emerged as one of the game’s first Afro-Latino stars.

Miñoso was a nine-time All-Star and won three Gold Glove Awards as an outfielder during 17 seasons with Cleveland, the White Sox, St. Louis Cardinals and Washington Senators. Before that, he made the All-Star roster in two of his three Negro Leagues seasons with the New York Cubans and was part of a championship team in 1947.

Miñoso was one of four players elected through the Golden Days Era committee on Dec. 5, joining Jim Kaat — who also spent time with the Sox — Gil Hodges and Tony Oliva.

Candidates needed at least 75% of the vote by the 16-member committees — or 12 votes — to gain election. Miñoso received 14.

Buck O’Neil, who was the first Black coach in American League or National League history with the Cubs, was elected through the Early Baseball Era committee along with Bud Fowler.

Minne’s wife, Sharon Rice-Miñoso, will give his speech at Sunday’s ceremony. She has been allotted 10 minutes.

“I’m at 8:58,” she recently said while meeting with reporters at the Guaranteed Rate Field press box before a Sox game, “but that doesn’t count crying or anything else.

“He was so humble. At home, he would have been excited, overwhelmed, like ‘I don’t believe it.’ But he took everything so in stride. I think during the speech is where he would have got emotional. I picture him at times on the stage and saying, ‘He should be here. This should have been him.’ ”

The family also has Minnie’s oldest son, Orestes Arrieta Miñoso Jr., on their minds. He died of complications from amyotrophic lateral sclerosis (ALS), aka Lou Gehrig’s disease, on March 15. The two were teammates in the 1970s when Minnie was a player-manager in the Mexican National Baseball League.

Charlie Rice-Miñoso pointed out that among his father’s honors is a spot in the Mexican Professional Baseball Hall of Fame.

“I’m very happy for him to get this honor,” Ramírez said through an interpreter during a July 15 video conference call. “I would have preferred this would have happened when he was alive. It would have been way better. But it didn’t happen. I know that right now, he’s probably happy just seeing this.

“Ever since I met him in 2007, my first year when I came to the U.S., I met him and (pitcher José) Contreras, we started talking about his time in Cuba and when he moved here all the things he did. Every day he gave me advice about everything. It was every day. And it was something I’m glad, very proud of, to just receive advice from him.”

Sox manager Tony La Russa, who was in the dugout during Miñoso’s brief return in 1980, said: “I never (saw) him have a bad day.”

“He had a lot of nice things to say, like “Thank you, my friend,’ and ‘from the bottom of my heart,’ ” she said. “Minnie said those all the time in his speech. So when I say those, I can hear him and his tone, which his nice. It makes me feel closer to him.”

“I have all the confidence in her,” he said. “But at the same time it’s very bittersweet for us to be here without my dad and without our brother. I’m excited that my sisters will be here and my nieces and nephews.

“It will be a lot of laughing, a lot of crying, a lot of moments of pause. How it’s been already. Even if dad were here, that’s exactly how it would have been like as well.”