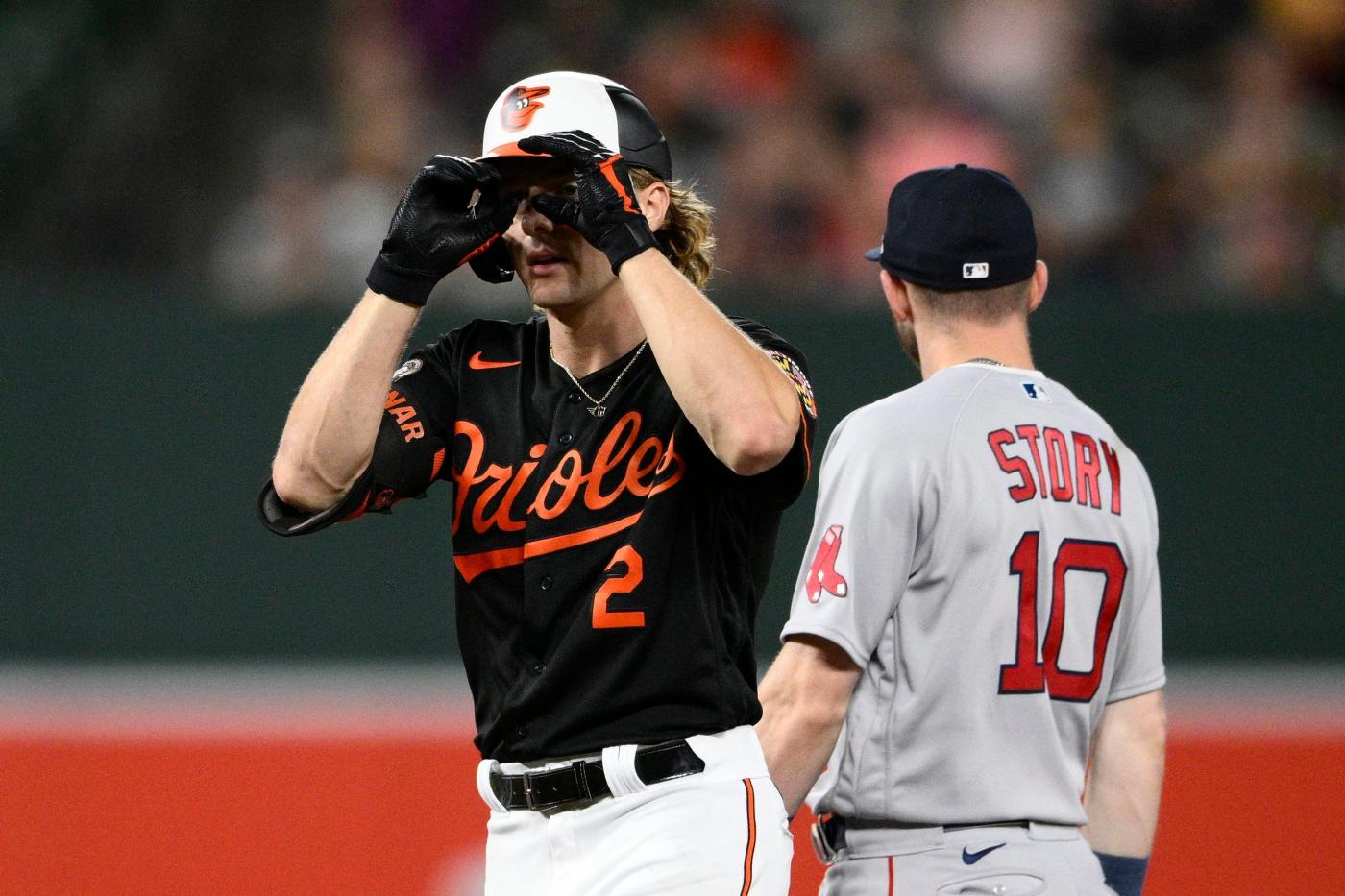 For all the excitement his debut in Cleveland brought, Gunnar Henderson had yet to provide a signature moment at Camden Yards.

A possibility presented itself in the sixth inning of Friday night’s game against the Boston Red Sox. As the Orioles’ top prospect came to the plate, he did so not only with the bases loaded and one out, but also with Baltimore facing a one-run deficit after scoring its first run in 14 innings on a wild pitch.

Henderson tripled the frame’s run total and flipped the scoreboard with one groundball through the right side, his two-run single giving the Orioles a 3-2 lead they didn’t relinquish as bullpen pitched five scoreless innings even with closer Félix Bautista seemingly unavailable.

Henderson’s knock gave the youngest player in the majors hits in eight of his first 10 career games and doubled his RBI total. It marked the Orioles’ first hit Friday by a player other than Cedric Mullins.

Mullins opened Baltimore’s night against Boston starter Brayan Bello with a single but was erased trying to steal second base. He began the fourth with a hard line drive off the right field wall, only for Alex Verdugo to smoothly field the ricochet and throw him out at second.

But when he smacked a ball into left field with one out in the sixth, Mullins made little effort to advance beyond first base. He finally did so when Adley Rutschman walked, beginning a string of three straight free passes that included the run-scoring wild pitch.

Henderson came through with Baltimore’s next and last two hits, his go-ahead single and a double that proved fruitless in the eighth. The Orioles’ bullpen made the former stand.

Having allowed a two-run home run to Xander Bogaerts in the second, Austin Voth exited with no outs in the fifth, the fifth time in the past seven games Baltimore’s starter failed to record an out after the fourth inning. DL Hall, the Orioles’ No. 4 prospect, bounced back from a poor outing Monday with 1 1/3 scoreless innings, and Jake Reed matched that, entering with the Orioles (73-65) trailing and leaving with a lead.

In bringing in left-hander Cionel Pérez to get the last out of the seventh, manager Brandon Hyde was presumably going to hand the game to his typical backend trio of Pérez, Dillon Tate and Bautista. Instead, Bryan Baker entered for the eighth, and Tate recorded the final four outs.

The win was the Orioles’ 73rd, tying them for the most by a team that lost at least 110 games the year before, according to the Elias Sports Bureau.