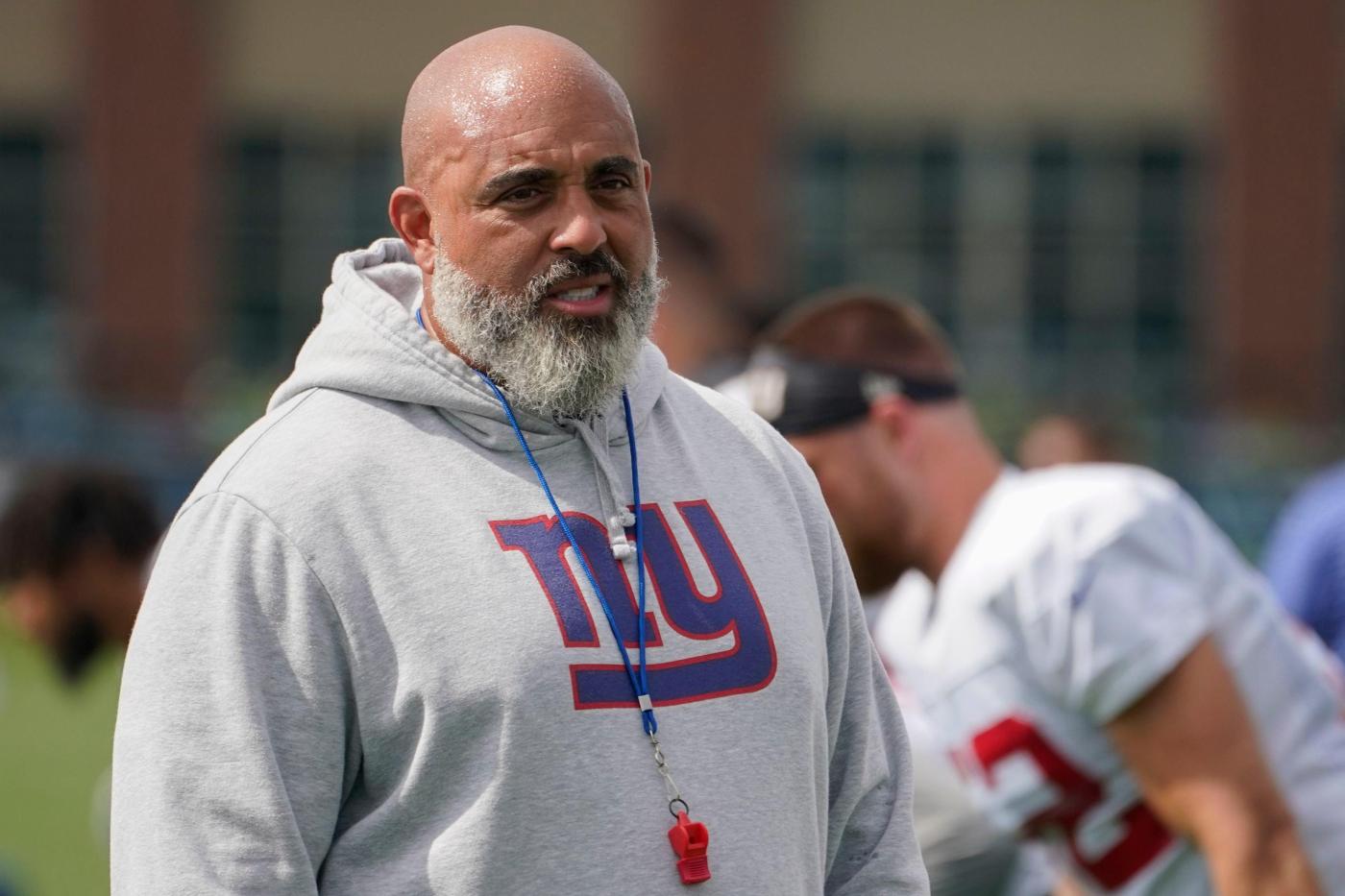 “The incident yesterday, I take full responsibility. I’m remorseful,” Johnson said. “It can’t happen. It won’t happen again. I’ve apologized to the appropriate people, in particular Cam. I have to be better than that. It’s not what we’re looking for. It’s a regrettable incident that can’t and won’t happen again.”

Brian Daboll said he did not impose any discipline or punishments on the players and coaches involved. But the head coach said “in no way do we condone” the fighting.

And Johnson implied he had received a stiff warning, if not an ultimatum, from the head coach.

“It won’t happen again. It can’t happen again,” Johnson said. “[Daboll] addressed it, and he made it crystal clear. So it’s been addressed, and we’re moving on from it.”

None of the players involved in the fight were made available to the media about the melee. Daboll spoke on it instead and made clear “we’re not gonna lose our composure like that.”

“Tempers were up,” Daboll said. “I talked to the team, everybody involved with the team. That’s not what we’re looking to do. We pride ourselves on being smart, tough and dependable. I’ve been around long enough to see certain things like that after the third or fourth day of pads happen. It’s addressed. We’re not gonna do that. We’re moving on.”

While Daboll chastised the offenders for crossing the line, however, he exonerated Saquon Barkley for lowering his shoulder into corner Aaron Robinson.

The Giants’ head coach implied that Barkley had done nothing wrong, even if that collision had angered the defense and lit the fuse for the fight.

“What I don’t want is, I don’t want them to tackle,” Daboll said. “The tempo and aggressiveness, we’re trying to build that. Thud is thud, so the defensive player is gonna go in and thud the offensive player. So Saquon ran with his pads down and it wasn’t a tackle or anything like that. He’s just getting prepared to take a thud tackle, and tempers fly a little bit when guys go to the ground.”

“We’re not trying to bring anybody to the ground in these practices,” Daboll added. “We want to try to take care of one another. But we also want to practice hard and play with good pad level.”

Tuesday’s practice was dialed way back from the heavy contact of Sunday and Monday as the team prepared for Thursday’s preseason opener at the New England Patriots.

Daboll took the pads off and ran a jog-through with both the offense and defense alternating in scout team roles. And the reduced workload was welcome.

Tuesday’s heat was oppressive, reaching 100 degrees on the heat index.

Daboll needs his team to heed his message, though, without punishment, after Monday spiraled out of control.

Kadarius Toney’s 11-on-11 workload was dialed back for a fourth time in 11 practices. It didn’t appear this reduced workload was planned. He ran some routes in the jog-through but then came out for good and received some attention on the side.

Defensive tackle Leonard Williams, running back Matt Breida and defensive tackle Nick Williams were new additions to the did not practice list on Tuesday, as well. Breida worked on the field with trainers, while the Williams’ were in the trainers’ room, per the Giants.

Receivers Austin Proehl and Robert Foster each came up lame at points while running routes. Both players had been banged up in previous practices.

Offensive lineman Josh Ezeudu did not run in team drills, his second straight day being dialed back.

Expect Daniel Jones and the first-string offense to play about a quarter of Thursday night’s preseason opener in New England, depending on the flow of the game. Individual players could have their own plans, too. Tyrod Taylor then probably will clean up the rest of the first half before third-stringer Davis Webb plays the second half.

It’s unclear how any Tuesday practice injuries will change this list, but here are the players who we know are out for Thursday’s game due to undisclosed injuries: LB Carter Coughlin, TE Ricky Seals-Jones, CB Rodarius Williams, and probably Breida and WR David Sills.

That’s in addition to the obvious list of any player on injured reserve, non-football injury, or the physically unable to perform lists.

Rookie tackle Evan Neal has switched from jersey No. 70 to No. 73. That’s the number he’s worn since his freshman year of high school, when it was assigned to him. Veteran Matt Gono left the team recently, which freed up 73.

“Kind of like when Michael Jordan wore number 45 but had to switch back to 23,” the gregarious Neal said. “It doesn’t really affect the way that you play by any means. A number can’t play for you. Just feeling more comfortable with your number.”