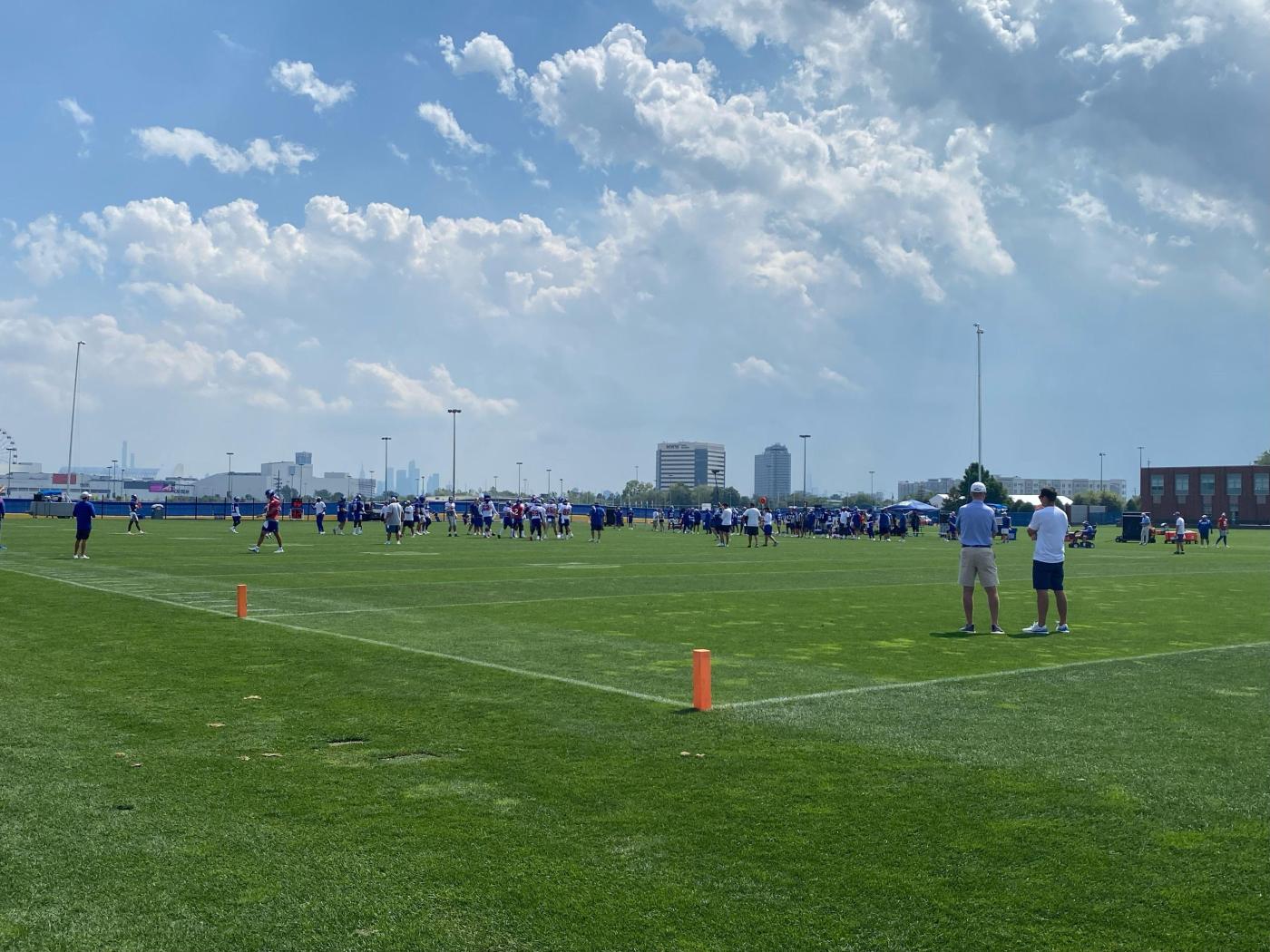 “He’s coming along, but I wouldn’t anticipate him anytime soon,” Daboll said before a light practice.

Edge rusher Azeez Ojulari (calf) is no sure thing to face the Titans, either, although tests at least revealed he avoided a catastrophic injury Thursday.

“I don’t know yet. Don’t know,” Daboll said of Ojulari’s Week 1 status being in doubt. “I’d just say day-to-day. That’s where he’s at. When he’s out there is when he’ll be out there.”

Thibodeaux is unlikely to play in Week 1 based on his injury’s initial 3-to-4 week timeline. And Daboll said of Smith’s status: “We’ll see.”

So while the Giants’ immediate focus is on Sunday’s preseason finale against the Jets at MetLife Stadium — and Tuesday’s roster cutdown to 53 — Daboll’s overarching goal is to have a healthy enough team to compete with the Titans in two weeks.

“It’ll give some time to guys to get rested up and healed up, and hopefully we’ll have as many out there as we can,” Daboll said of the two-week break after Sunday’s exhibition.

The team’s overall health could impact whether Daboll plays some of his starters against the Jets Sunday. He didn’t anticipate finalizing plans until Saturday morning.

The head coach has tried to get his starters a lot of work this preseason, but injuries and a priority on Week 1 availability have prompted some dialing back.

Saquon Barkley sat out the second preseason game against Cincinnati, for example, and the Giants presumably have seen enough of his strong training camp to put him in bubble wrap for the Titans game.

The following players already have been ruled out as unavailable to face the Jets due to injury, though:

And three other players are up in the air: wide receivers Kadarius Toney and Darius Slayton, and edge rusher Jihad Ward.

Based on the quality and health of the Giants’ roster, GM Joe Schoen is expected to be active next week with player acquisitions — whether by trade, waiver claim or signing — to assemble a competitive roster for the opener.

The roster turnover has been constant, and it will continue. So keep an eye on the 31 other team’s cuts next Tuesday, not just the Giants’ moves to get to 53.

Co-owner John Mara and Schoen spent about a half-hour talking to each other while they watched Friday’s practice from behind an end zone. …

Devery Hamilton, the Giants’ second-string left tackle, has been playing left guard with the first-team offense in the absence of Lemieux and Bredeson. But Daboll would not commit to anyone specific at that position on Friday: “I think that’s probably a better one for next week or the week after that. We’ll see where we’re at physically. We definitely have people that have played inside there, and in a week or two, we’ll make sure we have who we think is the right person in there.” …

Wide receiver Wan’Dale Robinson returned to practice after being held out of team drills and sprints against the Jets on Thursday. Daboll said Robinson will “be fine,” and the coach had dialed him back because “he’s had a lot of reps.” …

There was an animated back and forth at one point Friday between Daboll and offensive line coach Bobby Johnson. It wasn’t clear if they were discussing substitutions, but there were a few exchanges. All in an effort to iron out wrinkles on offense, presumably. …

Daboll said Thibodeaux is here in New Jersey rehabbing his knee at the Giants’ facility. Thibodeaux has not been seen the last few days. …

Daboll said it’s possible the Giants could keep three quarterbacks on their active roster, which means Davis Webb could make the 53-man. “We could,” he said. “I’m not saying we will. But I think everything’s on the table at this point.” …

Cam Brown played some edge snaps against the Bengals due to others’ injuries, and it’s possible both Brown and Coughlin could play there again Sunday due to the numbers. …

Daboll said the Giants will not drill down on Titans game prep until Labor Day week. “We’ll focus on ourselves still here coming up this week,” he said. “I think you can overdo preparing for a team both as a coaching staff and as players.”