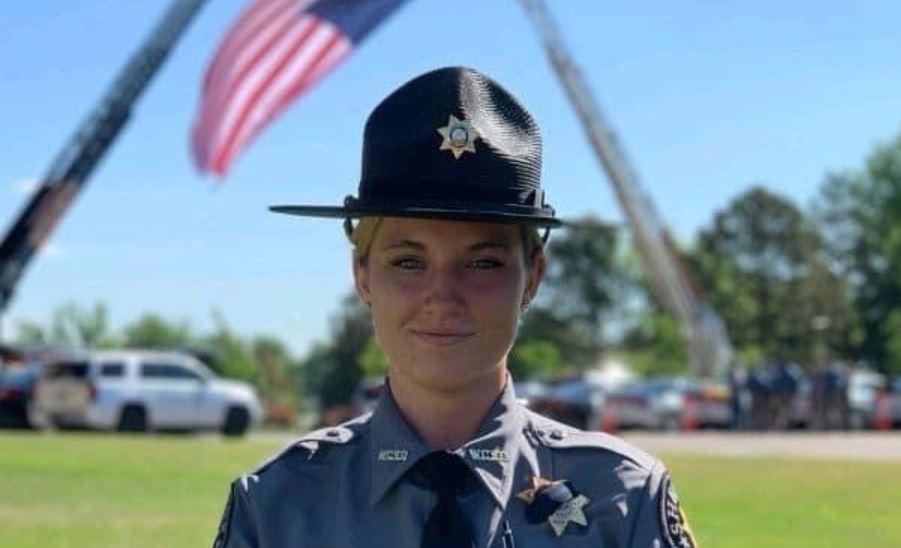 The funeral for a Weld County Sheriff’s deputy who was killed by a hit-and-run driver will be held Saturday in Loveland. The service is not open to the public, but it will be live-streamed. People are urged to line portions of a procession route in tribute to the deputy.

Details for Deputy Alexis Hein-Nutz’s funeral at Foundations Church in Loveland. The funeral is closed to the public and the media. Foundations will live-stream the service. Link in the release.

We invite the public to line the procession route to pay their respects Alexis. pic.twitter.com/SHYAmrzCn5

Hein-Nutz, 24, who served with the sheriff’s office since 2018, was struck and killed in a hit-and-run crash Sunday outside Greeley. She was riding her motorcycle to work when she was hit.

A suspect, Norberto Garcia-Gonzales, 35, has been arrested on investigation of leaving the scene of an accident involving death and careless driving resulting in death.

On Saturday the Hein-Nutz family will be escorted to the church by Weld County Sheriff’s Office in a multi-agency law enforcement procession, including a motorcycle entourage.

The sheriff’s office welcomes the public to line portions of the route to “pay their respects to Deputy Hein-Nutz.” A private burial will take place in her hometown of Bismarck, N.D.

Memorial donations are being accepted through the sheriff’s office Mounted Posse and will help her family with expenses. Checks can be dropped off or mailed to the sheriff’s headquarters, 1950 O St., Greeley, 80631. Contributors are asked to note Deputy Alexis Hein-Nutz in the memo. The contributions are a 501(c)(3) tax exemption. Contributors should include their name, address and phone number to receive a tax letter.