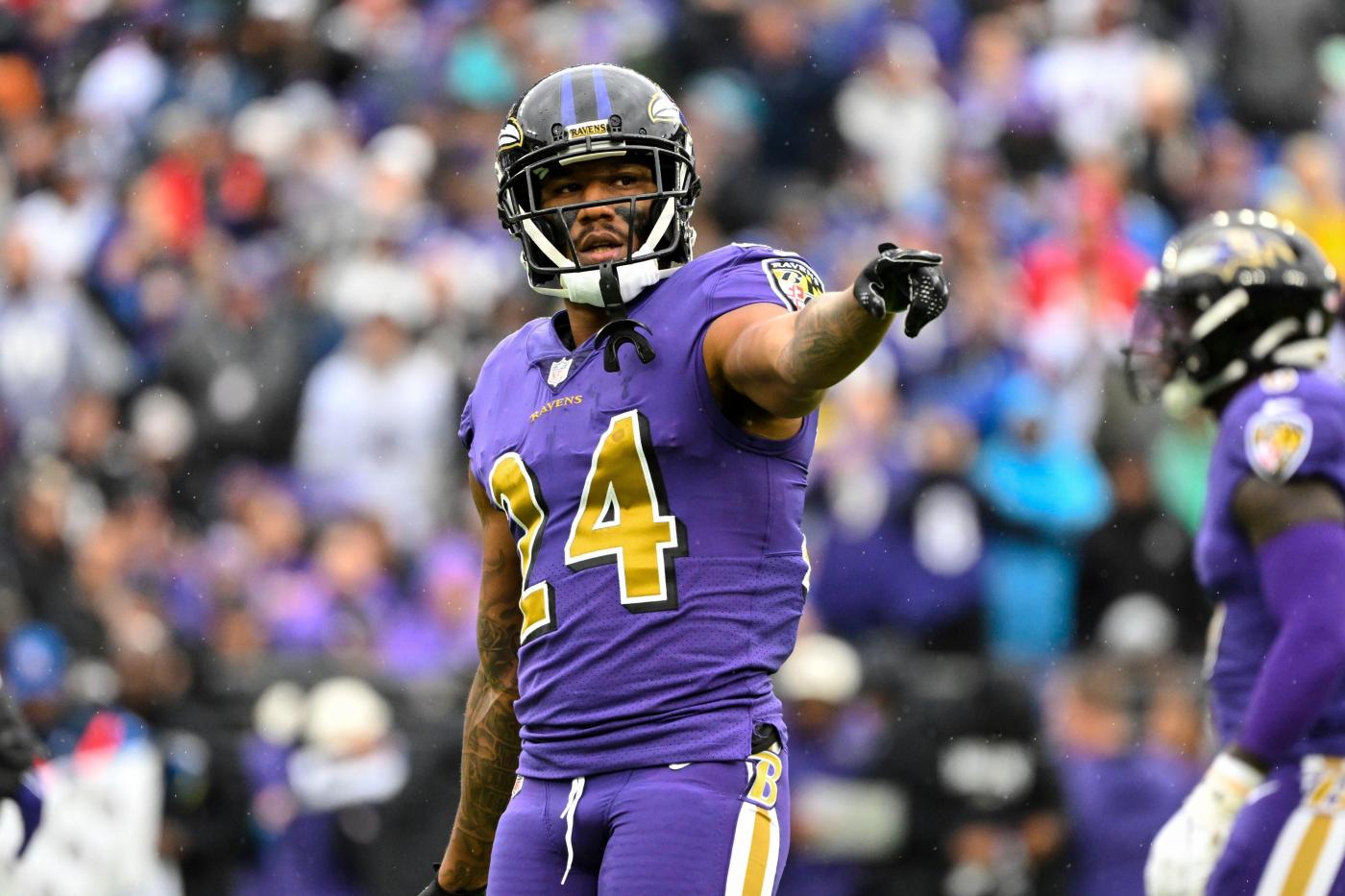 Three days after he had to be held back during a late-game argument with Ravens coach John Harbaugh, Marcus Peters declined to comment on the incident Wednesday.

“I don’t got nothing for you all,” the starting cornerback told reporters in the locker room.

While Peters wouldn’t address the situation, Harbaugh already had with his team. Cornerback Marlon Humphrey said Wednesday that the Ravens discussed the confrontation, which culminated with Peters tossing his helmet as Ravens pass game coordinator and secondary coach Chris Hewitt led him away from Harbaugh late in the team’s 23-20 loss to the Buffalo Bills.

Peters was apparently unhappy with Harbaugh’s decision to go for a touchdown on fourth-and-goal rather than attempt a short field goal, which would’ve given the Ravens a 23-20 lead with about four minutes remaining. After an interception by quarterback Lamar Jackson in the end zone, Buffalo went 77 yards on the subsequent drive and kicked the game-winning field goal as time expired.

Harbaugh said after the game that he and Peters were “on the same page,” calling theirs an “honest relationship.” On Monday, he said he didn’t expect any lingering issues from the argument: “We’ll be fine.”

Humphrey, one of Peters’ closest friends on the team, said he wasn’t concerned, either.

“We fight all the time in this building,” he said. “I’ve fought with some people in here myself, whether it’s staff, whether it’s coaches. It’s a lot that goes on. This is an emotional game. … As long as we can hug it out after, that’s all that really matters. And since I’ve been here, there’s never been an argument that’s went one, two, three days. It’s emotional there. Tomorrow, [it’s], ‘Hey, how’s it going? Love you, boom.’

Defensive lineman Calais Campbell acknowledged Sunday that tempers can flare during frustrating losses. “We all just want to win,” he said. “That’s it. We all just want to win. … The goal is to win the ballgame, and I think with the brotherhood we have, we’re going to challenge each other, we’re going to communicate with passion, because it’s a passionate game. At the end of the day though, everybody here is on the same page.”