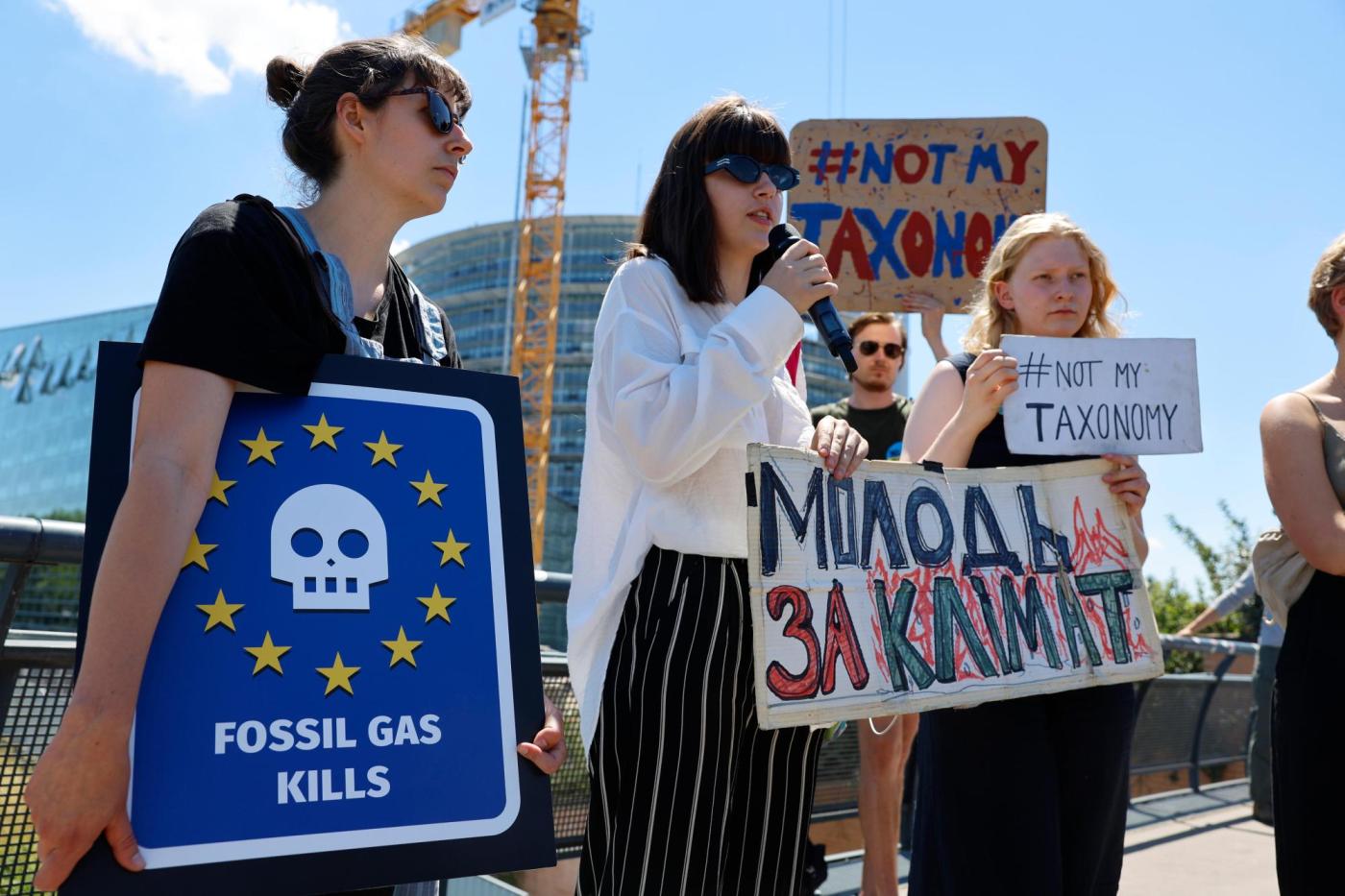 By SAMUEL PETREQUIN and RAF CASERT

BRUSSELS (AP) — European Union lawmakers voted Wednesday to include natural gas and nuclear in the bloc’s list of sustainable activities, backing a proposal from the EU’s executive arm that has been drawing fierce criticism from environment groups and will likely trigger legal challenges.

As the EU wants to set the best global standards in the fight against climate change, the decision could tarnish the bloc’s image and question the region’s commitment to reaching climate neutrality by 2050.

The European Commission earlier this year made the proposal as part of its plans for building a climate-friendly future, dividing member countries and drawing outcry from environmentalists over what they criticize as “greenwashing.”

EU legislators from the environment and economy committees objected last month to the plan, setting up Wednesday’s decisive vote in Strasbourg, France. But MEPs rejected their resolution in a 328-278 vote, with 33 lawmakers abstaining. The result was announced to a salvo of applause.

An absolute majority of 353 was needed to veto the proposal. If the European Parliament and member countries don’t object to it by July 11, the so-called Taxonomy delegated act will enter into force and apply as of next year.

Greenpeace immediately said it will submit a formal request for internal review to the European Commission, and then take legal action at the European Court of Justice if the result isn’t conclusive.

European Parliament rapporteur Bas Eickhout rued “a dark day for the climate and the energy transition.”

The green labeling system from the European Commission defines what qualifies as an investment in sustainable energy. Under certain conditions, gas and nuclear energy will now be part of the mix, making it easier for private investors to inject money into both.

With the EU aiming to reach climate neutrality by 2050 and to cut greenhouse gas emissions by at least 55% by 2030, the commission says the classification system is crucial to direct investments into sustainable energy. It estimates that about 350 billion euros of investment per year will be needed to meet the 2030 targets.

Introducing gas and nuclear into the equation has divided the 27 member countries amid Russia’s war in Ukraine, and even the parliament’s political groups.

Luxembourg’s energy minister, Claude Turmes, said he deeply regretted the European Parliament’s failure to bloc the commission’s plan, adding that his country — together with Austria — would move ahead with legal efforts to block the labeling of nuclear and gas as sustainable.

Steffen Hebestreit, a spokesman for German Chancellor Olaf Scholz, said that “the German government stands by its position and considers nuclear energy as unsustainable.”

“Nevertheless, the German government believes that the taxonomy is an important instrument for achieving climate protection targets, because it is clear that natural gas is an important bridging technology for us on the way to CO2 neutrality and the inclusion of the use of natural gas in the delegated act takes this into account,” Hebestreit added.

Protests that had started on Tuesday continued Wednesday outside the EU legislature as lawmakers debated the issue.

Environmentalists warned the vote could set a precedent for lawmakers elsewhere to label polluting forms of energy as sustainable.

“We have now officially validated greenwashing by law,” said Tsvetelina Kuzmanova of the campaign group E3G.

“The process and the decision have been entirely political, not scientific, to only benefit a small number of member states,” she said. “This would not stand a chance in court and will only create more uncertainty for financial markets and jeopardize (the) EU’s climate ambition.”

The youth activist group Fridays for Future said billions of euros could be pumped into gas infrastructure and nuclear power plants as a result of the decision, diverting much-needed funds from renewable alternatives.

One argument for rejecting the proposal is that it will boost Russian gas sales at a time when it is invading neighboring Ukraine, but the European Commission said it had received a letter from the Ukrainian government backing its stance.

European Commissioner Mairead McGuinness quoted from the letter from Ukraine’s energy minister Tuesday: “I strongly believe that the inclusion of gas and nuclear in the taxonomy is an important element of the energy security in Europe, especially with a view to replacing Russian gas.”

“I don’t think we should second-guess this letter,” McGuinness said.

Russia’s war in Ukraine has prompted the 27-nation bloc to sever ties with some Russian fossil fuels. Member countries have agreed to ban 90% of Russian oil by year-end in addition to a ban on imports of Russian coal that will start in August.

But the EU hasn’t included gas — a fuel used to power factories and generate electricity — in its own sanctions for fear of seriously harming the European economy. Before the war in Ukraine, it relied on Russia for 25% of its oil and 40% of its natural gas.

Frank Jordans and Kirsten Grieshaber contributed to this report.