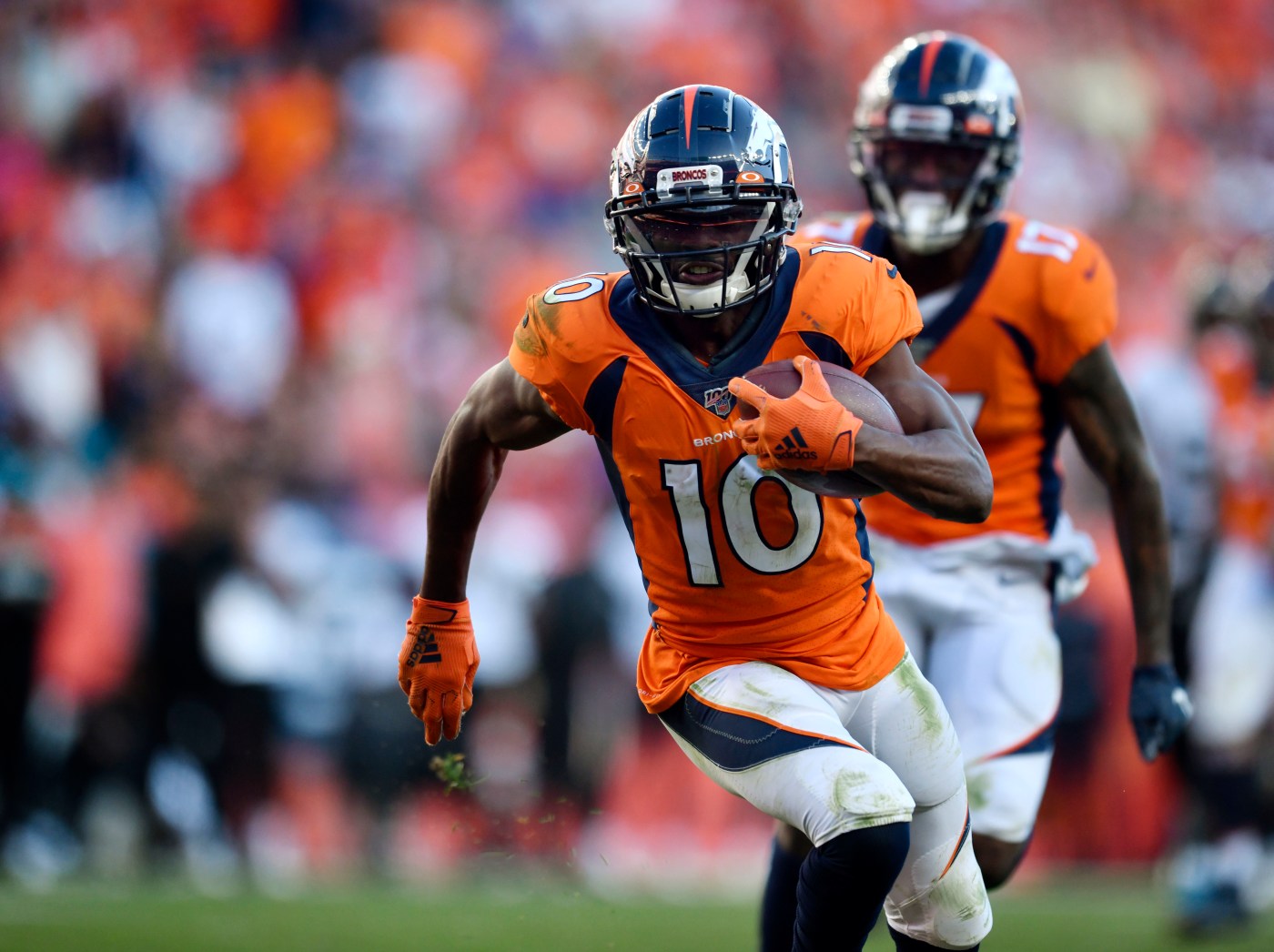 Former Broncos receiver Emmanuel Sanders, who caught 28 of his 51 career touchdown passes from the club, announced his retirement from the NFL on Wednesday.

Sanders, 35, played 12 seasons and the Broncos were his most successful stop – – 404 catches for 5,361 yards in 78 regular season games and two Pro Bowl selections.

Sanders started his career with Pittsburgh (four years) and signed with the Broncos as a free agent in March 2014. Over six years with the Broncos, he eclipsed 1,000 yards three times (2014-16) and posted career-highs in catches (101) and touchdowns (nine) in ’14.

Traded at midseason of 2019, Sanders reached the Super Bowl with San Francisco (36 catches in 10 games) and followed with one year apiece with New Orleans (61 catches in ’20) and Buffalo (42 catches last year).