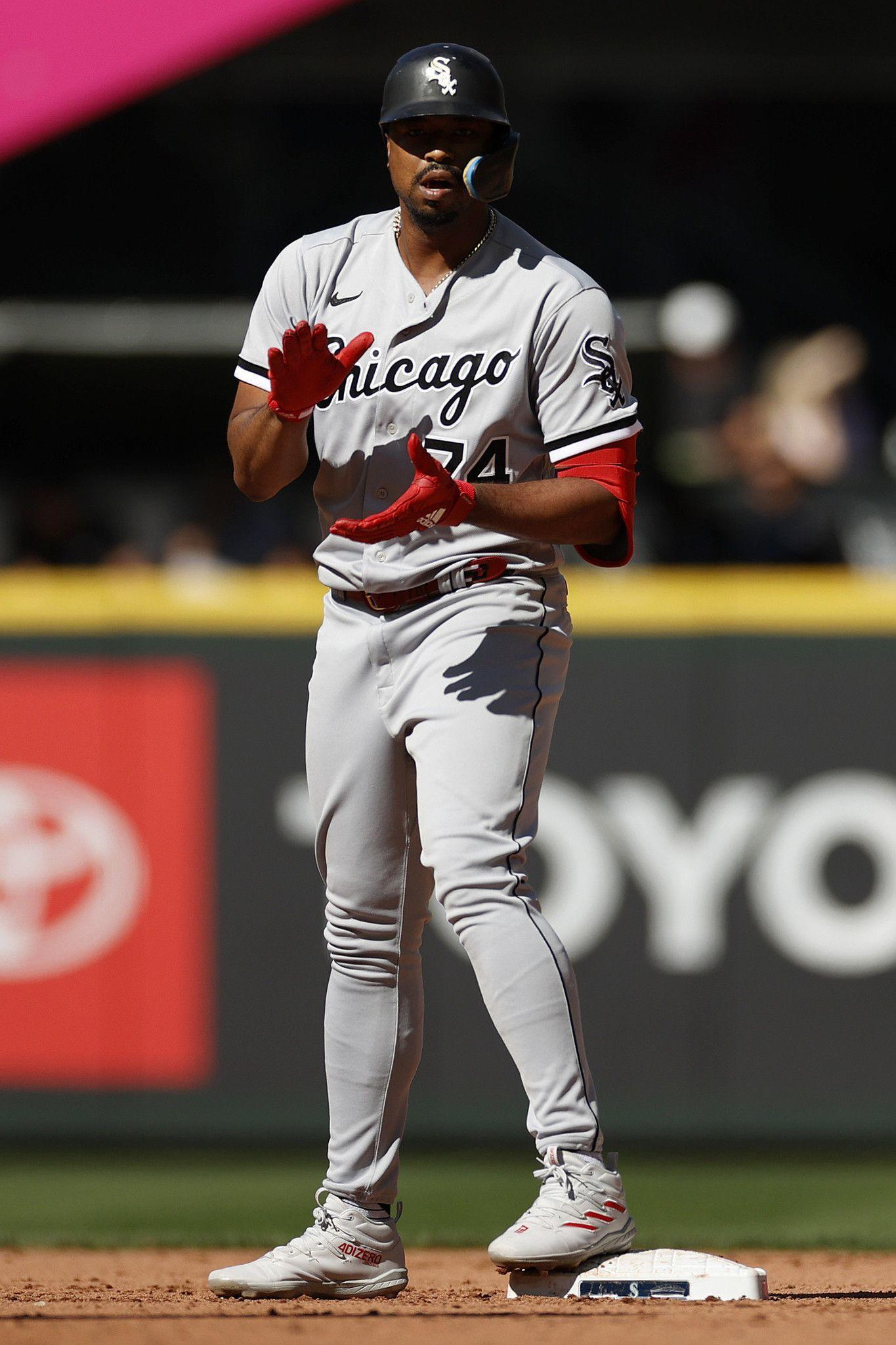 “I thought it was going to be a long day,” Sox acting manager Miguel Cairo said.

It turned out to be a wild one.

The Sox rallied from an early hole, lost a lead and found a way to rebound to beat the Mariners 9-6 Wednesday in front of 15,264 at T-Mobile Park.

Eloy Jiménez had three hits, including a two-run homer, and three RBIs to help the Sox take two of three in improbable fashion.

“(Castillo) is a pretty good pitcher, he started good,” Jiménez said. “But we never give up. That was the key. When you’re facing a good guy, never give up. Even if you’re losing 10-0 in the first inning, just keep doing it.”

With the score tied at 6 and one out in the eighth, Jiménez singled to right against reliever Diego Castillo. Pinch runner Leury García stole second and advanced to third when catcher Curt Casali’s throw went into center field.

Gavin Sheets hit a high chopper to shortstop J.P. Crawford and García scored to put the Sox ahead. They got an important shutdown inning from Vince Velasquez, who retired the Mariners 1-2-3 hitters, and the Sox added two more runs in the ninth to get back over .500 at 69-68.

“Teamwork,” Cairo said. “Everyone was part of that: bullpen, coaches, players, pitching coaches, everyone. It was really teamwork and a team win. That’s what we’re talking about. It was an unbelievable game.”

The Sox used seven pitchers, with Michael Kopech starting in his return from the injured list. The right-hander, who had been out with a left knee strain, allowed four runs on four hits with four strikeouts and two walks in 3⅔ innings.

“Physically I felt pretty good,” Kopech said. “At a certain point I got a little tired, which was maybe to be expected. Not an excuse, I just have to make better pitches. Left a few balls way too over the plate and they took advantage of them. It ended up hurting me a little, but the team did a great job picking me up.

“The bullpen did what they needed to do, and the offense did a great job. We’re trying to win games. Unfortunately I didn’t do a great job helping that, but we played a great game. That’s all I can be thankful for.”

The Mariners scored four runs in the third, including a two-run homer by Eugenio Suárez.

In the fourth, José Abreu grounded into what initially was ruled an inning-ending double play. But the call was changed after a video review showed Abreu beat the throw to first.

“If I would have been playing right now, I’d want to be like him,” Cairo said. “I would follow him. I would be imitating the way he works, the way he prepares himself, the way he plays the game.”

Jiménez followed with a two-run homer to left, the team’s first hit.

“It was good to see that and gave me the opportunity to hit in that inning,” Jiménez said of Abreu’s hustle.

The Sox went ahead with four in the sixth. Abreu had an RBI single and Jiménez an RBI double to tie the game. Abreu scored the go-ahead run on a sacrifice fly to right by Sheets. Andrew Vaughn knocked in Jiménez with a double to make it 6-4.

But there’s a reason the Mariners are in contention for their first playoff berth since 2001.

They responded with a run in the sixth and tied the game in the seventh on Suárez’s second homer of the day, this one off reliever Aaron Bummer.

The Sox answered with Jiménez’s hit, García’s running and Sheets putting the ball in play. Sheets and Abreu had two RBIs.

The Sox needed a shutdown inning in the eighth, and Velasquez came through. Julio Rodríguez grounded out to third, Ty France struck out and Mitch Haniger grounded out to shortstop Elvis Andrus, who made a nice play to end the inning.

“We had some pitchers that were not available and everyone stepped up and did their job,” Cairo said. “That’s teamwork. That’s a team. Everyone is picking each other up and that’s what we’ve been doing lately.”

Hendriks struck out the side in the ninth for his 31st save as the Sox won for the sixth time in eight games.

“These were the games earlier in the year we weren’t able to pull out,” Hendriks said. “That’s one thing we’ve got going in this clubhouse right now, we’re not backing down. We’re not afraid to claw our way back and do that sort of stuff. It was a good team effort with Eloy getting those big hits, and pushing those extra insurance runs over made it a little easier on me as well.

“It also helps playing a team like Seattle, a young, energetic, bouncy team that rubs off on the visiting team as well, and we were able to take advantage of that. Reinvigorating knowing the last series have been big. We won Game 1 (3-2 on Monday) and clawed our way back in this one. It’s huge and hopefully put all this momentum into (the next series in) Oakland.”