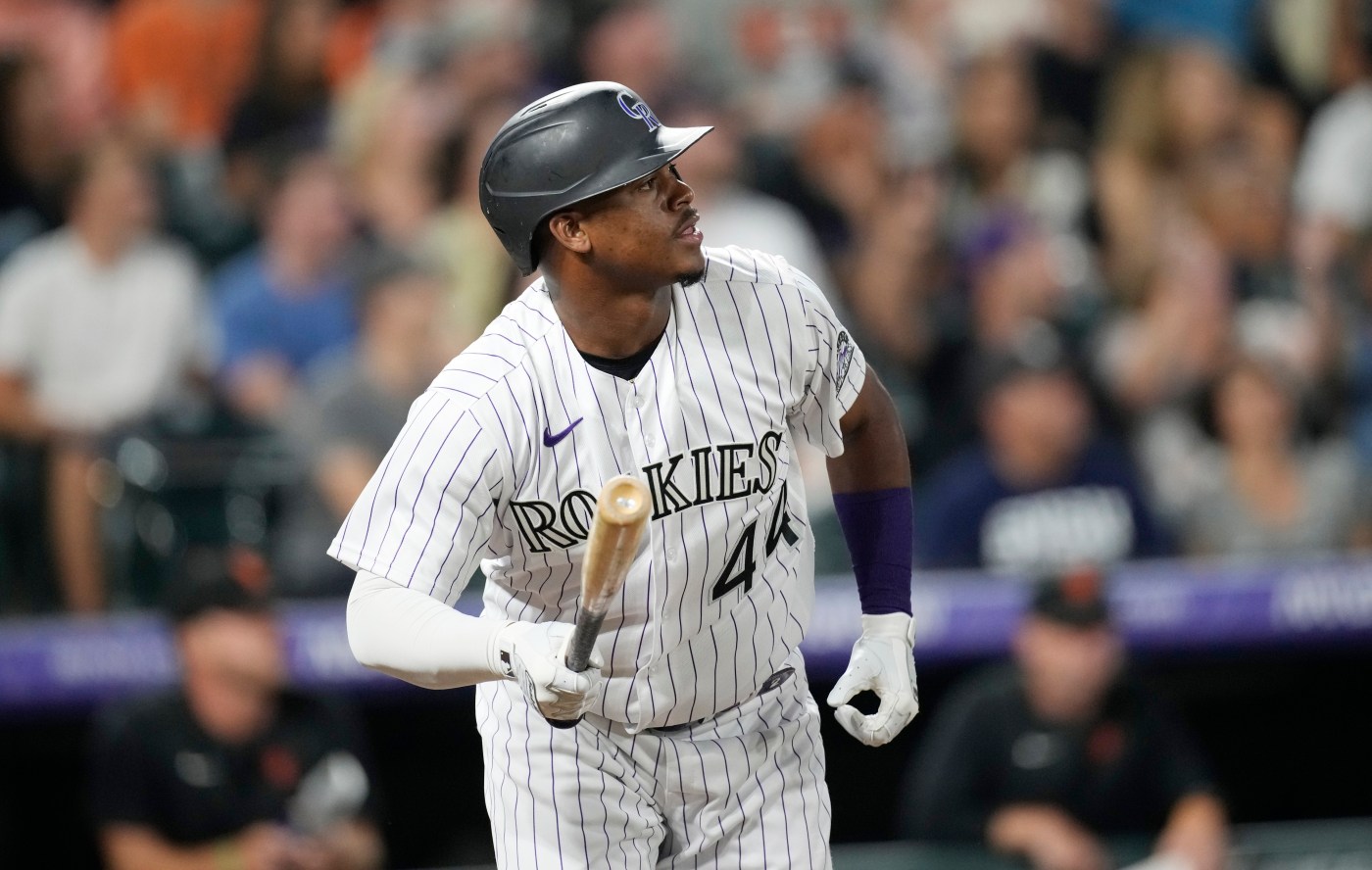 Led by jubilant rookie Elehuris Montero, the Rockies busted out of their drought in a big way on a perfect summer night at Coors Field.

The Rockies’ entered Friday night’s game on a five-game losing skid and had failed to hit a home run in any of those losses. But Montero rocketed two over the center-field wall, Connor Joe broke out of a deep slump with a solo homer, and the Rockies beat the Giants, 7-4.

And on a day when the Rockies found out that they lost starter Antonio Senzatela for the season with a knee injury, right-hander Jose Urena provided them with a solid outing. He pitched 6 2/3 innings, allowing three runs on three hits, with two walks and three strikeouts.

Montero’s first homer at Coors Field was a 429-foot, two-run shot in the second inning off San Francisco left-hander Alex Wood. His second was a three-run blast off Wood in the fifth to hike Colorado’s lead to 7-0.

That spelled the end for Wood, who was torched for seven hits, including Joe’s blast in the fourth and back-to-back doubles by Wynton Bernard and Jose Iglesias in the fifth.

Joe’s homer was his first since June 7, at San Francisco, a drought of 169 at-bats. He also hit a single up the middle in the eighth.

Urena had been scuffling — big time. Over this last five starts, he was 0-3 — the Rockies 0-5 — with a 7.77 ERA. Last Sunday, he served up three home runs to the Diamondbacks. But he held the Giants scoreless through five innings before Joc Pederson sliced a two-out solo homer into the left-field corner in the sixth.

He wobbled in the seventh, walking Mike Yastrzemski and giving up a two-out single to Brendan Crawford. Enter lefty Lucas Gilbreath, who has not pitched well since the All-Star break. He walked pinch hitter J.D. Davis to load the bases and then plunked Joey Bart to force in a run. Pinch hitter Austin Slater compounded Gilbreath’s sins by hitting a two-run single, cutting Colorado’s lead to 7-4.

Closer Daniel Bard, who had not pitched since Aug. 11, walked Brendan Crawford to open the ninth but struck out Davis, Bart and Slater to notch his 25th save in 27 chances. Bard has a 2.11 ERA.