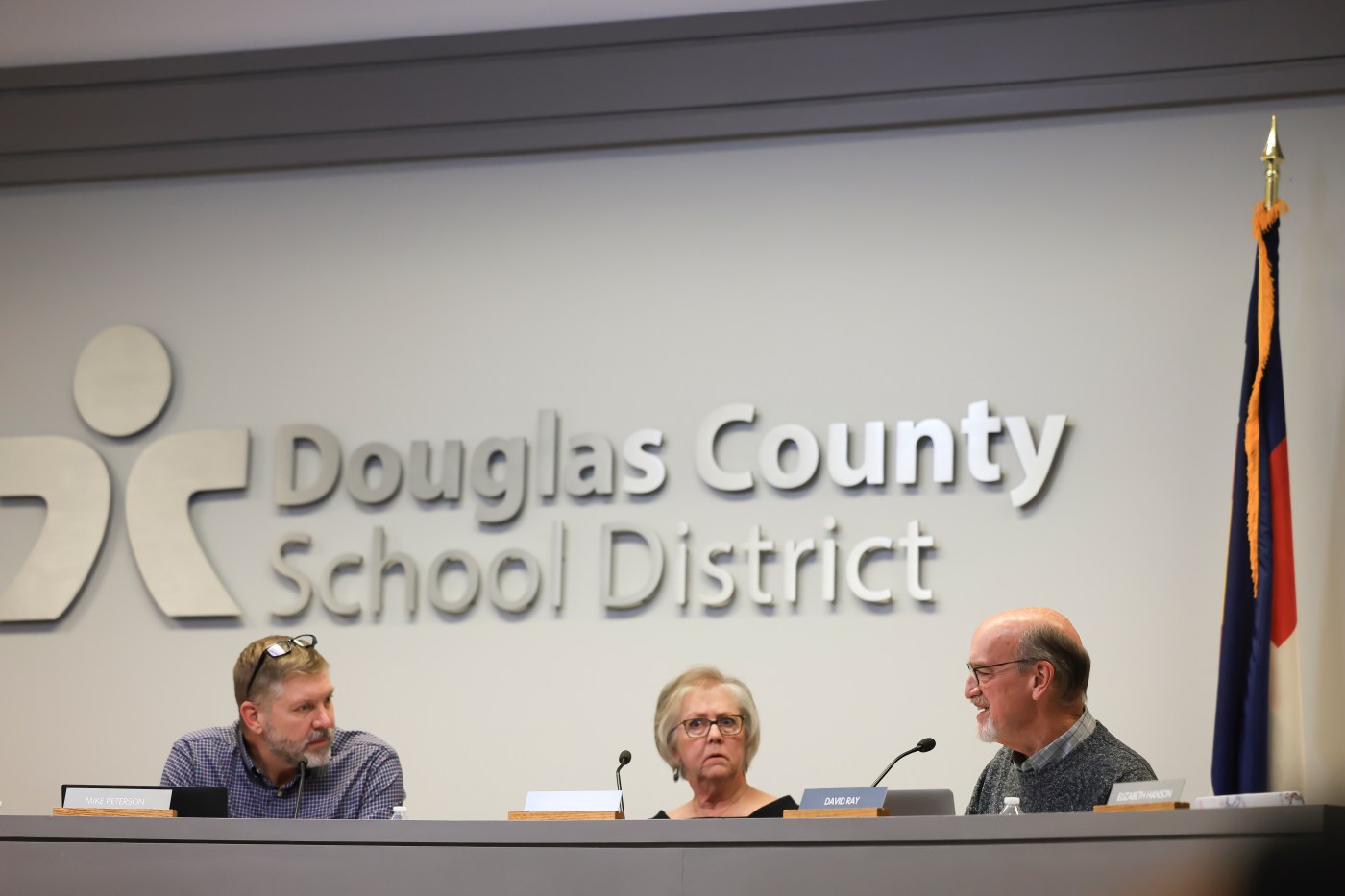 Douglas County voters will decide this fall whether to raise taxes to pay for teacher raises after the local school board voted Tuesday to put a $450 million bond measure and a $60 million mill levy override on November’s ballot.

The unanimous vote by Douglas County School District’s Board of Education was a rare show of unity by the board, which made headlines earlier this year for the division among its members.

If it passes, the Douglas County School District plans to use the money from the mill levy override to pay educators higher wages to help schools retain employees amid persisting staffing shortages. And if the bond passes, the district will use the money to build new schools in areas of the county where enrollment is growing and toward other expenses, such as school safety.

“Our teachers and our employees desperately need this,” said Director Elizabeth Hanson during the meeting.

The district said the bond would not increase taxes; they would, however, drop slightly if the bond is not passed, according to a presentation given by district employees to the Board of Education.

On average, licensed-teacher salaries would increase 9% and starting salaries would rise by 10% to 12%, depending on experience and how hard jobs are to fill. For example, teachers with master’s degrees who make $59,3311 would see their salary increased to $66,427, according to the district’s presentation.

If the mill levy override passes, the raises will go into effect in 2023 — although they are retroactive to July 1, meaning employees would also receive a lump payment in January.

Before the meeting on Tuesday, the local teachers union expressed support for the mill levy override.

“(The Douglas County Federation) recognizes the need for additional funding for DCSD,” said Kevin DiPasquale, president of the union, in a statement. “It is our hope the school and county leaders take the necessary steps to legitimately work together with vested parties to pass this funding.”

Compensation includes not just wages but the cost of benefits as well as those associated with filling job openings. Charter schools would get to implement their own strategies.

If the $450 million bond measure passes, $216 million of the money would go to building three new elementary schools and expanding two schools — Sierra Middle School and Mesa Middle School — in parts of the county where enrollment is growing. (As with other districts, the Douglas County School District is also seeing enrollment declining in other parts of the county, such as Highlands Ranch.)

About $139 million of the bond money would go toward maintenance, such as upgrades to make buildings compliant with the Americans with Disabilities Act, and toward school bus maintenance and replacement. The district would use another $54.5 million toward things such as expanding its career and technical education classes and certifications, athletics upgrades, and to support more special education classes, according to the presentation.