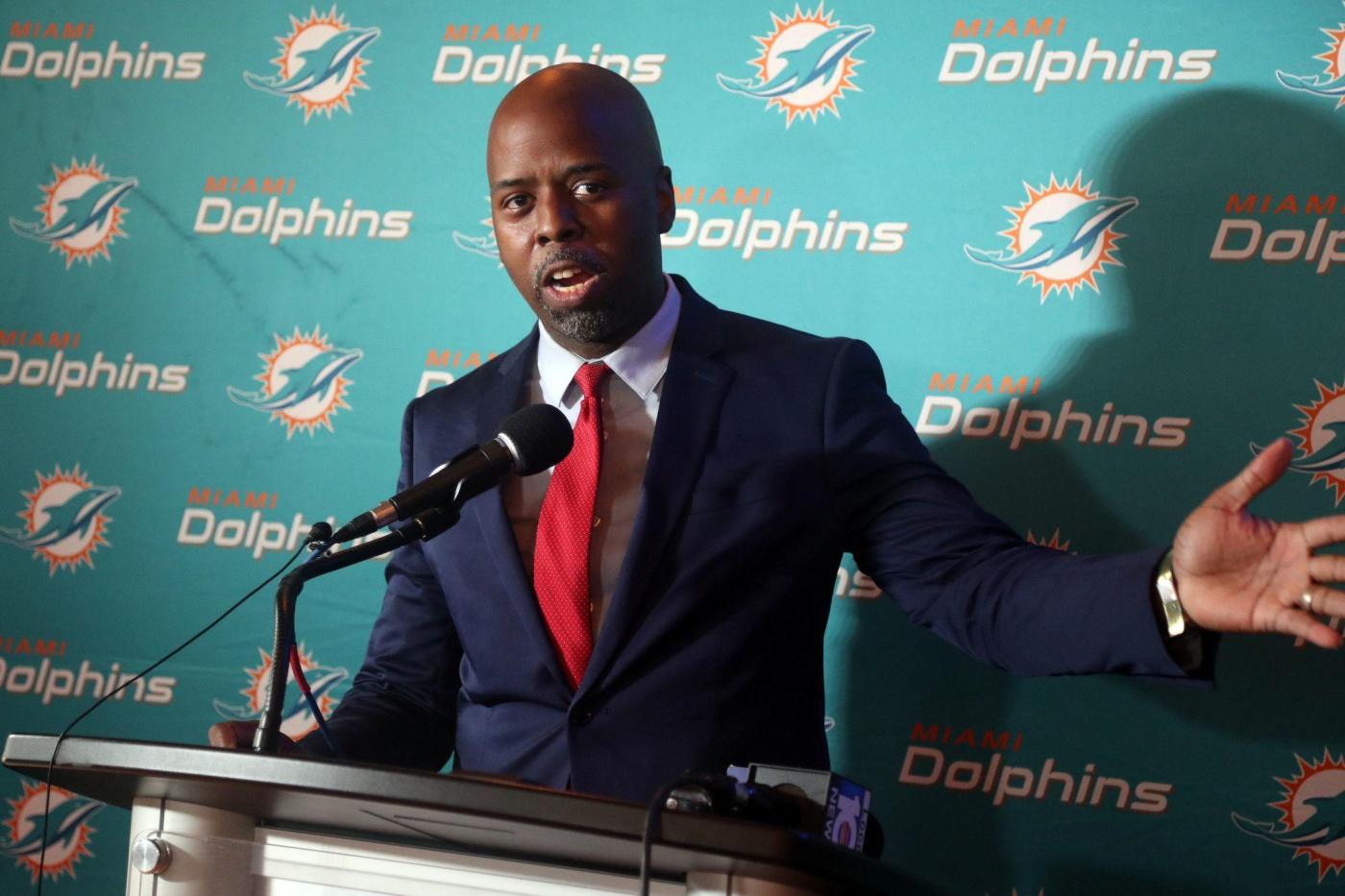 Miami Dolphins senior vice president of communications and community affairs Jason Jenkins died on Saturday, the team announced during halftime of the preseason game against the Philadelphia Eagles. He was 47.

On top of leading the Dolphins communications department, Jenkins was well-known in South Florida for spearheading the team’s numerous community outreach initiatives.

“It is with profound sadness that the Miami Dolphins announce the passing of Jason Jenkins, Dolphins Senior Vice President of Communications and Community Affairs,” a Dolphins press release said. “He died suddenly on Saturday, August 27, 2022, leaving behind his wife, Elizabeth, and three beautiful children, an organization of people who are mourning his passing and a South Florida community which will forever bear his impact.”

The Dolphins mourned the loss of Jenkins on Saturday night.

“Our hearts are broken and grieving the loss of a man who was a dear friend and beloved by so many people,” Dolphins vice chairman, president and CEO Tom Garfinkel said in a statement. “Jason faithfully served the Dolphins organization for 14 years, was a beacon in the community, a trailblazer and champion for others, and above all, treated people with a kindness and dignity that left a lasting mark on everyone he met. Our deepest condolences and our unwavering support go out to his wife, Elizabeth, and his three children.”

Added Dolphins owner Steve Ross in a statement: “I am heartbroken. Jason Jenkins was an icon in the Miami community, and above all a kind and incredible family man. His dedication to our organization was unmatched. He was my friend but most of all he was a generous soul. My heart is with Elizabeth and his children tonight. The Jenkins family will always be a part of the Dolphins family.”

Dolphins coach Mike McDaniel coached the preseason finale on Saturday with a heavy heart, learning of the passing of Jenkins hours before kickoff.

“I haven’t been here that long, but his investment into the team and the community, it didn’t take long to see the great work he did,” McDaniel said. “I didn’t see a day that — there wasn’t a time — there wasn’t a day that passed that I saw him that he just didn’t light up the room. Like I just told the team, it’s important for those who loved him and were touched by him and all the members of our team to lean on each other. That’s what we’re going to try to do. Our hearts are heavy, as they should be, for an unquestioned professional that’s made his mark on not only the team but the National Football League.”

Said Dolphins quarterback Tua Tagovailoa, who found out of Jenkins’ death after the game, along with other players: “Jason was a beacon of the community. That’s what I think of when I hear of Jason’s name. This guy is always wanting to do stuff for other people. ‘Hey Tua, how can I help you with this? How can we help with your foundation? Hey, how can we do this to make that better or do you want to come do this community service event?’ Things like that. That’s what I think of when I think of Jason. Someone who is extremely selfless.”

Jenkins joined the Dolphins in 2009 and earned his current title in 2015. He oversaw the organization’s front-facing brands, including media outreach, public relations, social media and community efforts for the Dolphins, Hard Rock Stadium and Formula One Crypto.com Miami Grand Prix.

He was a fixture in the local South Florida community and dedicated his life to connecting with and serving others, most notably by creating the Dolphins’ Football Unites platform. Jenkins was also the board chair of the Dolphins Challenge Cancer, the largest fundraiser in the NFL which has raised more than $53 million for the Sylvester Comprehensive Cancer Center.

Jenkins previously served as the team’s vice president of communications, being named to that position in May 2013. Prior to joining the Dolphins, Jenkins worked in the media relations department for the San Francisco 49ers, as well as served as the associate athletic director at Texas Southern University from 1999-2002 and as athletic sales and promotion manager and sports communications assistant at Lehigh University from 1997-99.

A native of Houston, Jenkins earned his bachelor’s degree in 1997 in broadcast journalism from Texas Tech University. In 2017, Jenkins was selected by faculty and alumni as an Outstanding Alumni Award winner. He served as commencement speaker for the 2018 Texas Tech graduating class. Jenkins was also a board member on several South Florida-based community organizations, including Anti-Defamation League Florida, Breakthrough Miami, Dolphins Challenge Cancer, Pro Sports Assembly, Urban League of Broward County, Women of Tomorrow, and YWCA Miami.

The cause of Jenkins’ death was not publicized.

Funeral arrangements will be communicated at a later date.