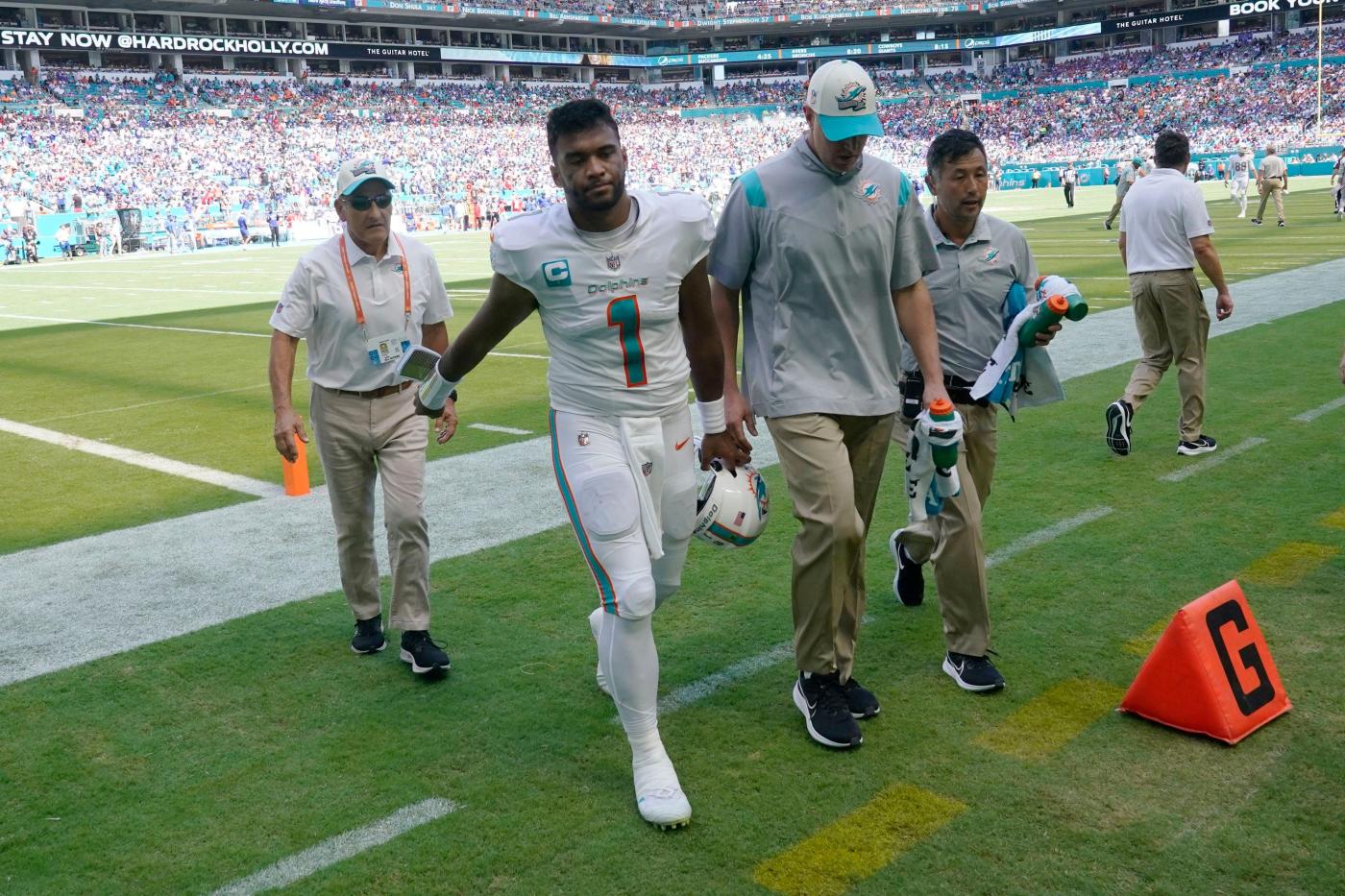 The Dolphins held a walkthrough on Tuesday at team facilities, and with Tagovailoa listed as having back and ankle injuries on the team’s injury report, McDaniel offered his best estimation of Tagovailoa’s status two days before facing the defending AFC-champion Bengals.

“If this were an actual, real practice, Tua would be limited and he would be questionable for the game,” McDaniel said. “He is literally going to do everything he can and in his power. If he doesn’t play, it literally was not possible.”

McDaniel said he hopes to make a decision on Wednesday so the team can travel to Cincinnati knowing who will be the team’s starting signal-caller on Thursday but cautioned it could come down to game day.

Should Tagovailoa be unable to play, backup Teddy Bridgewater will get the start against Joe Burrow and the Bengals.

Tagovailoa was initially said to have suffered a head injury in Sunday’s 21-19 win over the Buffalo Bills when he exited at the first half’s two-minute warning after getting pushed by Bills linebacker Matt Milano, causing Tagovailoa to fall back and hit the back of his head on the turf. Tagovailoa appeared woozy and stumbled upon getting up from the hit before being escorted by trainers into the locker room.

He was cleared for concussion protocol and returned for the second half, finishing 13 of 18 for 186 yards and a touchdown pass. Tagovailoa and coach Mike McDaniel both said postgame it was actually a back injury Tagovailoa was dealing with as the play that drew a roughing-the-passer penalty exacerbated earlier discomfort Tagovailoa experienced in his lower back from a quarterback sneak.

McDaniel noted the functionality for Tagovailoa will be an issue with the ailing back, along with simply dealing with the pain.