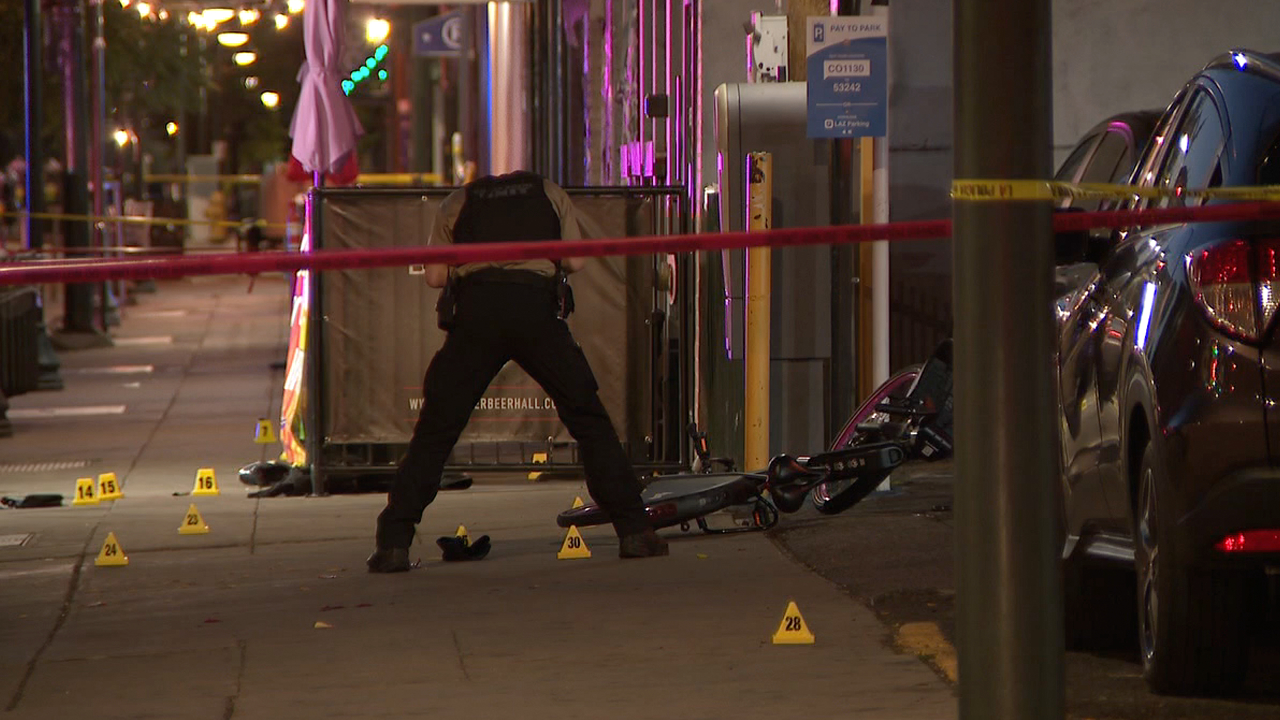 Denver police on Wednesday defended the actions of three officers who wounded six bystanders — one more than originally reported — while shooting a suspect in Lower Downtown early Sunday morning.

The officers shot Waddy but also wounded six bystanders in the busy district, which was especially crowded as bars closed and patrons moved into the streets. Clark on Wednesday refused to say how many of the wounded bystanders were shot, saying he could not determine whether they were hit by direct gunfire or injured by flying debris.

But he said a man and two women received “serious injuries.” The man was wounded in his arm, one woman in her leg and another in her shoulder. Three other people suffered more minor injuries: a woman was grazed on her leg, a man grazed on his foot and another man suffered a “burn-type” injury to his chest.

Police initially believed five bystanders had been hurt but said a sixth victim has since come forward. Clark said two of the officers believed they had a clear shot without people behind the suspect when they fired. A third officer could see a crowd of people standing behind the suspect, Clark said, and because of that fired only a single round and took care to avoid the bystanders.

“Looking back, six bystanders got injured, and I think you have to conclude something could have been done differently,” Clark said. “But in the moment they were doing what they could to stop violence and ensure safety downtown.”

The incident began when officers regularly tasked with patrolling the area as bars close each night witnessed a fight between Waddy and another man outside the Larimer Beer Hall in the 2000 block of Larimer Street. Waddy struck the man and officers believed he was concealing a gun in his clothing, Clark said.

The officers followed Waddy and confronted him in the middle of the street — which was closed to traffic and empty of pedestrians. Waddy did not listen when officers told him to stop, and instead walked away from officers and back to the sidewalk, closer to the crowds.

The officers briefly lost sight of him behind a vehicle. When they saw him again, he pulled the gun from his clothing within two seconds, prompting the officers to fire. Waddy fumbled with the gun as he pulled it out, and appeared to grab it on the top, with his hand over the slide, Clark said.

Waddy and the six bystanders are all expected to survive. Witnesses told The Denver Post they did not hear any warning from police before the shots were fired; Clark on Wednesday said officers did not have time to shout a warning or clear the area before firing.

He said officers are trained to look out for bystanders.

“The training is specific to be aware of your target and beyond, and the officers are accountable for the rounds they fired,” he said. “That’s a huge part of the training.”

Clark also acknowledged that the officers could have chosen not to confront and detain Waddy, but suggested they did not expect him to pull the gun out.

“What we see and what the officers thought was, they are regularly down there,” he said. “They deal with physical conflicts frequently, they break up fights, they help intoxicated people, they prevent crimes, and they regularly take firearms off people without any issue whatsoever.”

More people were injured by police during Sunday’s shooting than in any other police shooting in Colorado since at least 2010, when the state started collecting data on police shootings.

All three officers are on leave while the investigation into the shooting is ongoing. While Denver police showed still images from the officers’ body-worn cameras Wednesday, they have refused to release the footage, citing the ongoing investigation. Clark said the footage will be released at a later date.