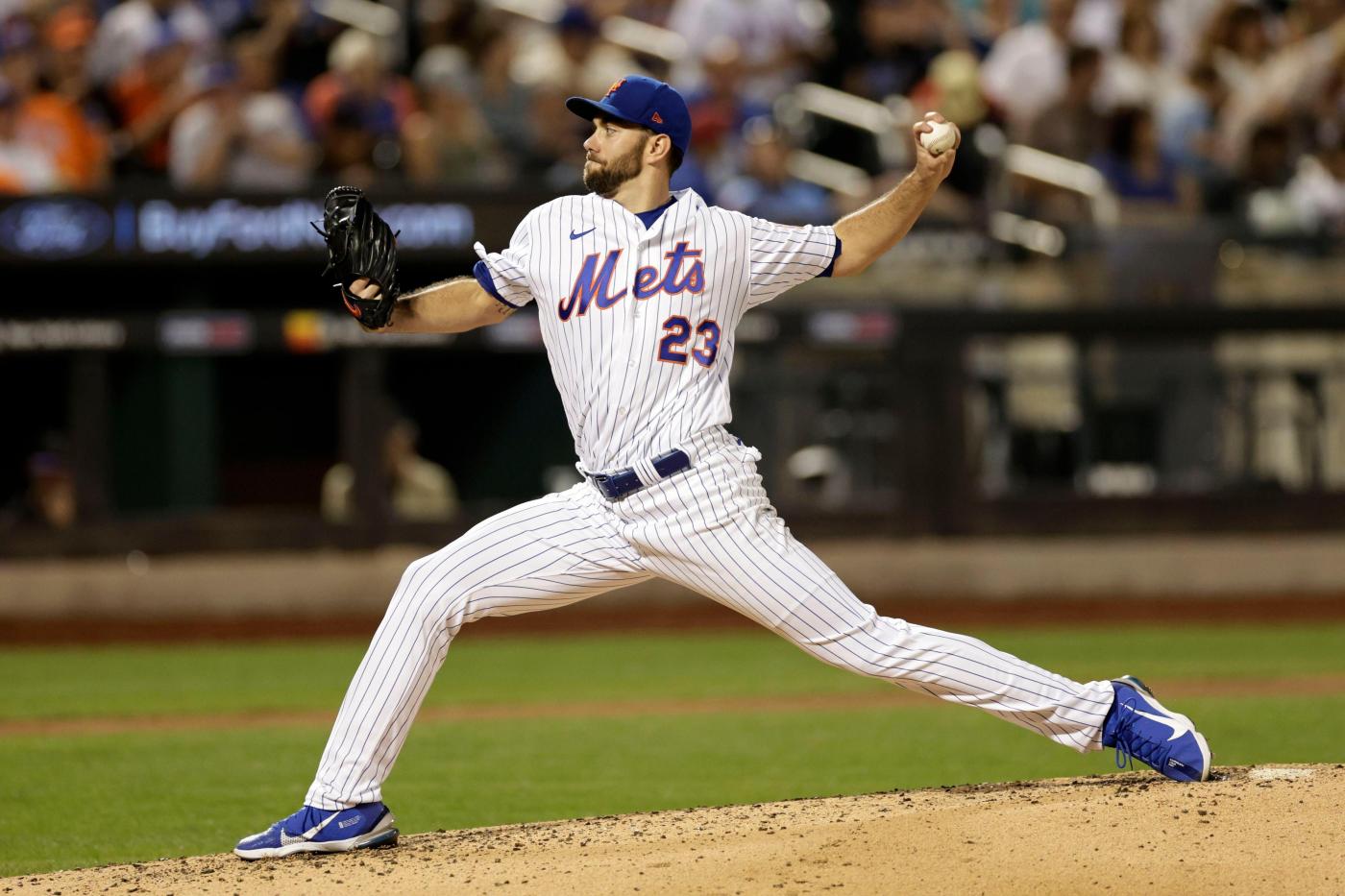 In accordance with the theme of Saturday’s celebration, the Mets and Rockies played an old-school game on Saturday.

Just a few hours after the Old Timers’ Day game, which pitted legends from each decade of Mets’ history against each other in a fun-spirited exhibition, the Mets beat Colorado 3-0 in a throwback, low-scoring duel. The shutout was the Mets’ 17th of the season, which leads the league.

“Just a great day,” Buck Showalter said after the festivities were over. “I think everybody was appreciative. I thought it was kind of an uplifting thing for our club too.”

Pitching against the Rockies, Colorado native David Peterson had probably the best game of his season. This has been an odd year for Peterson. He is undoubtedly part of the fabric of the Mets, who are inarguably one of the three or four best teams in the league. But he has also spent a chunk of the season in the minor leagues, coming up to the majors when another pitcher gets injured and heading right back down when they get healthy.

Since July 31, Peterson has now made three starts at Triple-A and three in the majors. The team elected to have him start this game over Trevor Williams, who has been dynamite as their long reliever, and the decision paid off handsomely. Peterson gave the Mets six innings of decisive, confident pitching. He limited the Rockies to four hits and no walks, with another zero in the all-important run category.

“It’s fun to pitch against them,” Peterson said. “But when I get up there it’s like every other game or every other start. The opponent is nameless and faceless. I’m out there to get outs and execute pitches.”

Peterson’s slider and changeup were dancing in perfect harmony on Saturday night. Those pitches provided the punchout on six of his seven strikeouts, with his slider getting the final two on Brendan Rogers and C.J. Cron, who each represented the tying run during their sixth-inning plate appearances. Altogether, the Rockies swung 27 times against Peterson’s slider and changeup. They missed on 11 of those, and when they did put those pitches in play, only twice did it lead to a hit. None of the Rockies’ four hits off Peterson came against his changeup, which he threw 20 times.

“I thought it was huge,” Peterson said of the changeup. “It’s been kind of up and down for me the last couple weeks. I’ve been working on it with [pitching coach Jeremy Hefner] and talking to some other guys, picking some guys’ brains. It felt back to where I started with it at the beginning of the year. It felt good. It was a good pitch to help me get some weak contact and a couple strikeouts.”

Admittedly, it does not take a lot to beat the 2022 Rockies, but the stuff that Peterson had on Saturday would have likely played against any MLB lineup. The complicated conversation about Peterson’s role — he is definitely not guaranteed a spot on the playoff roster, and might not see much regular season time either once Carlos Carrasco is back from his injury — will only get more complicated in the coming weeks.

But for one night, when he furthered the degradation of his favorite childhood team, the steely-eyed lefty occupied a very simple place. On pretty much every one of his 102 pitches on Saturday, Peterson was very good.

The same cannot be said for the Mets’ offense, but they once again found a way to win a game without a big offensive inning or a galvanizing three-run homer. Instead, it was a Brandon Nimmo leadoff shot against Kyle Freeland, a two-out double by Nimmo to score the second run and Starling Marte using the opposite field to drive home the third run. Mets’ hitters only struck out six times and continually put together their patented long at-bats, but headed home for the night with just one hit with runners in scoring position.

Nevertheless, the Mets won their 82nd game, becoming the seventh National League team in the last 10 seasons to record 82 wins in their first 128 games. With the Braves waiting like a pack of wolves to jump on any scrap of food they can find — or in this case, any slip up by the Mets — the Mets can feel good about the fact that each of those six other teams (assuming this year’s Dodgers hold on to their massive NL West lead) won their division.