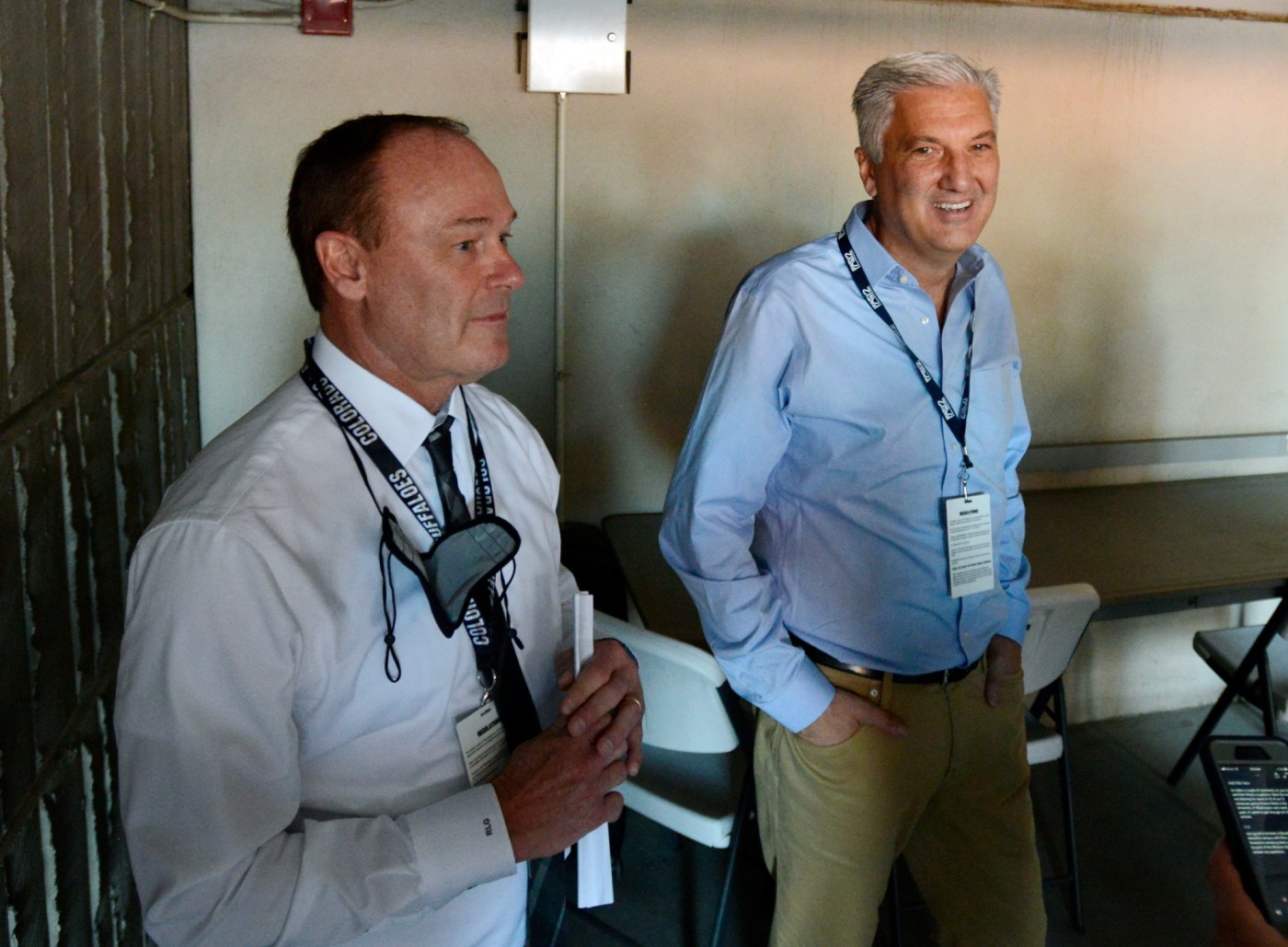 BOULDER — For Rick Stone, it all depends on Oregon. And you, too, Washington.

When it comes to the Pac-12, are you gonna stay? Or go? Because if it’s the latter, for either one, Stone wants his CU Buffs going with you.

“I think it would depend on if Washington and Oregon were still in the Pac-12,” Stone, CU Class of ’85, told The Denver Post as he tailgated outside the CU Events Center with longtime Buffs friends Friday before his alma mater was slated to host TCU at Folsom Field.

Since the Buffs last took the field, the college football landscape has undergone another seismic shift. Only this ripple hit close to home, as longtime Pac-12 stalwarts USC and UCLA earlier this summer announced that they were leaving the league to join the Midwest-based Big Ten.

“I was mad at first,” Buffs alum Rocky Monaco, CU class of ’01, reflected before the Horned Frogs game. “But then when you when we just saw the Big Ten’s TV contract — it’s a no-brainer.”

As part of a new seven-year, $7-billion media rights deal with FOX, CBS and NBC, Big Ten schools are projected to rake in at least $70 million annually from just television revenues alone.

Research firm Navigate recently estimated that Pac-12 broadcast revenues will be worth $36.6 million per school by 2024 and $42.6 million by 2025, but that was before USC and UCLA left the league. Without the Trojans and Bruins, those estimates are expected to drop by roughly 30-35%.

“Yeah, you can’t, (blame them), you know?” Monaco continued, pointing to the televisions at the adjacent tailgate tent. “I mean, right now, Mel Tucker’s on the TV. It’s just — it’s money. This is turning into a professional league.”

With the potential revenues for the Pac-12, Big 12 and ACC falling well behind that of their peers in the SEC and Big Ten, combined with reports of the Big Ten’s alleged desire to continue expanding, CU’s long-term conference future is somewhat in doubt.

“(Buffs fans) want to be on par with everybody else,” Monaco continued. “Right now, we all feel it slipping away. You know, it feels like we’re playing catch-up.”

Monaco’s friend Mark Fribbs, who was sipping a beverage nearby, said he hasn’t given up hope of a Big Ten lifeline.

“It’s what can you bring to a conference,” Fribbs reasoned. “Can you bring the money to offset what you’re (taking)? The (Big Ten) wants the pipe bigger from you coming in than you’re going to take.

“So if studies show that the Denver market can bring more (money), then CU may very well go to the Big Ten. … If it doesn’t (happen), then I think it almost has to be a Big-12-Pac-12-ACC merger, and be another super conference. Make it a Power Three.”

Monaco, a hard-core Buff, just wants his alma mater to be relevant again. Monaco’s so hard-core, in fact, that he even named his son Folsom.

“Born in August, just before the 2016 season,” the CU alum recalled with a grin. “Just in time for Phillip Lindsay and company. Good times.”

Both Stone’s and Monaco’s first choice for the Buffs would be the Big Ten, for obvious reasons — more money, long-term stability, and a chance to renew old acquaintances with the Nebraska Cornhuskers chief among them.

But if the Big Ten doesn’t call?

With that, he grinned.

“And then maybe poach some ACC teams.”