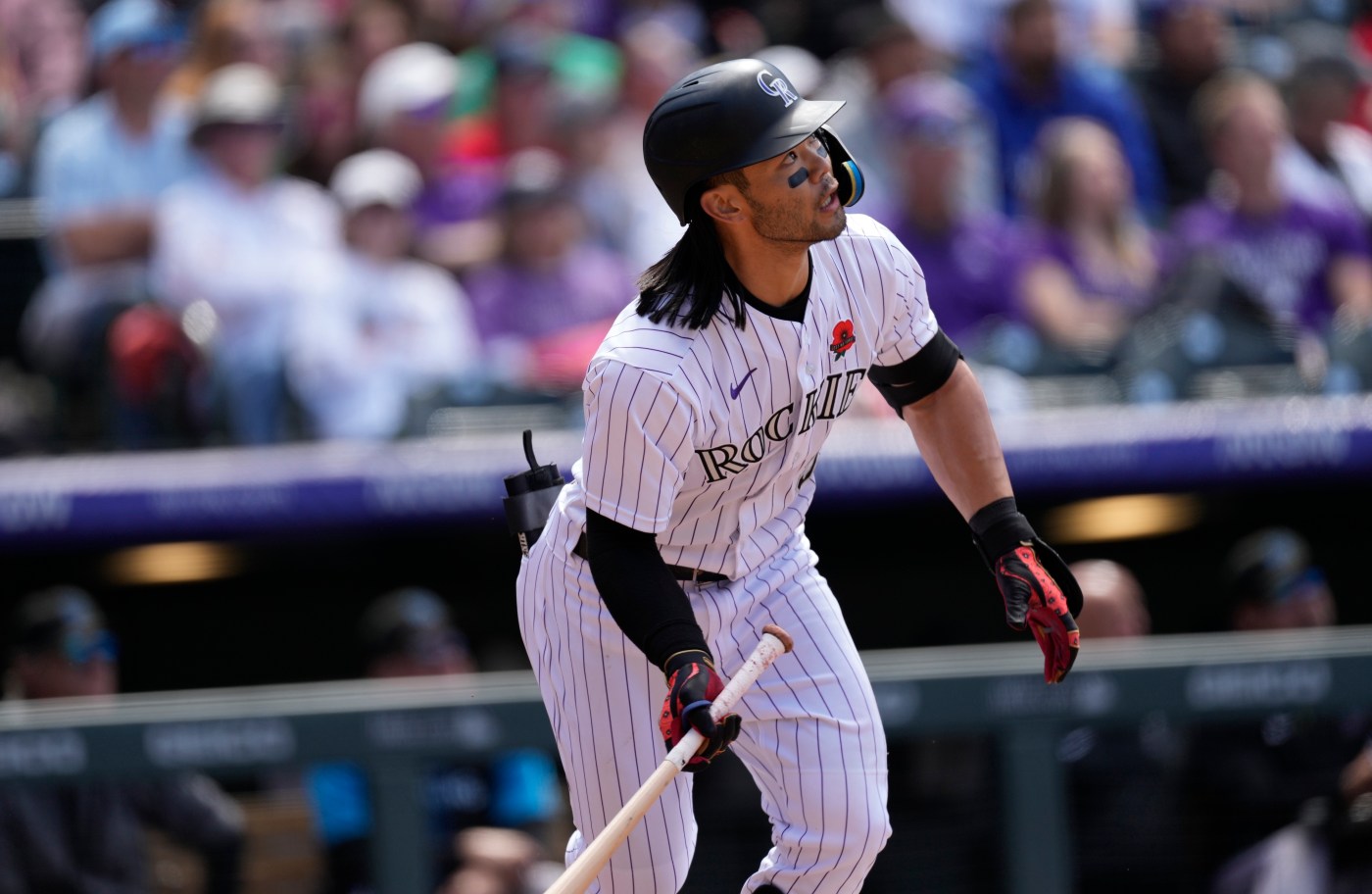 Those are the eight Rockies players who’ve had a consecutive on-base streak of at least 35 games. Cuddyer’s 46-game streak from April 23 to June 20, 2013, tops the list.

Relatively quietly, Joe became a member of that exclusive club.

His 35-game streak ended Friday night in the Rockies’ 9-0 loss to the Padres at Petco Park. It is the second-longest streak in the majors this season. Joe slashed .265/.371/.353 with eight extra-base hits over those 35 games. Not overwhelming numbers, certainly, but it’s still an impressive feat, especially in this age of 98 mph fastballs and 93 mph sliders.

I didn’t ask Joe about his streak while it was ongoing. I learned my lesson about that. I once asked Helton about a streak he was riding and received a Heltonesque tongue lashing. “Jinx” and a number of other four-letter words were included in Mr. Helton’s response.

So I waited until Saturday morning to ask Joe about his 35-game run.

“It’s pretty cool and I’m very proud of myself,” said Joe, who happens to be one of the most likable and friendly professional athletes I’ve ever run across. “This game is really hard, right? So that’s something positive and something I can look back on with pride. Because it’s something that helps the team. I mean, getting on base really helps the team.

“So it’s a nice little bit of positive reinforcement for accomplishing exactly what I’m trying to do and for what kind of ballplayer I am.”

Veteran outfielder Charlie Blackmon was a little perplexed as to why Joe’s streak wasn’t celebrated as a bigger deal.

“I mentioned that to Connor last night after the steak ended,” Blackmon said. “Because nobody was really talking about it, or at least I hadn’t read a lot about it.

“I told him how proud of him I was. Because that is really hard to do. Once you start getting up to that many games, you start looking at so many things that could end it.

“You are going to run into pitchers who are really, really good, a handful of times. Or you get banged up and have to sit out. Or you hit the ball hard, right at somebody. There are just so many factors that make it so hard.”

Third baseman Ryan McMahon was unaware of Joe’s streak until I brought it up.

“Really? Wow, that’s pretty amazing,” McMahon said. “That’s extremely impressive. I mean, you can be feeling really good but some days the guy on the mound just goes out and beats you.

“To be able to beat the pitcher, at least once, in 35 straight games is tough to do, especially nowadays with how good these pitchers are. It’s just a testament to how good a ballplayer Connor Joe is and what a pro he is.”

Joe has seen the other names in the Rockies’ on-base club and he’s humbled to be a part of it.

“It’s an incredible list, and to be a part of that, no matter what the stat is, is incredible,” he said. “I don’t take it lightly.”

Joe is not the kind of player who self-promotes, but he hopes fans — and reporters — are aware of how difficult it is to succeed in the majors.

“I can’t speak for the fans, and I’m sure they have an appreciation for the game,” he said. “But I know for myself when I turn on SportsCenter at night or what not and you see all of the highlights, the highlights make the game look really easy.

“And the center field camera makes the game look fairly easy. But when you are in the batter’s box it’s a bit different.”