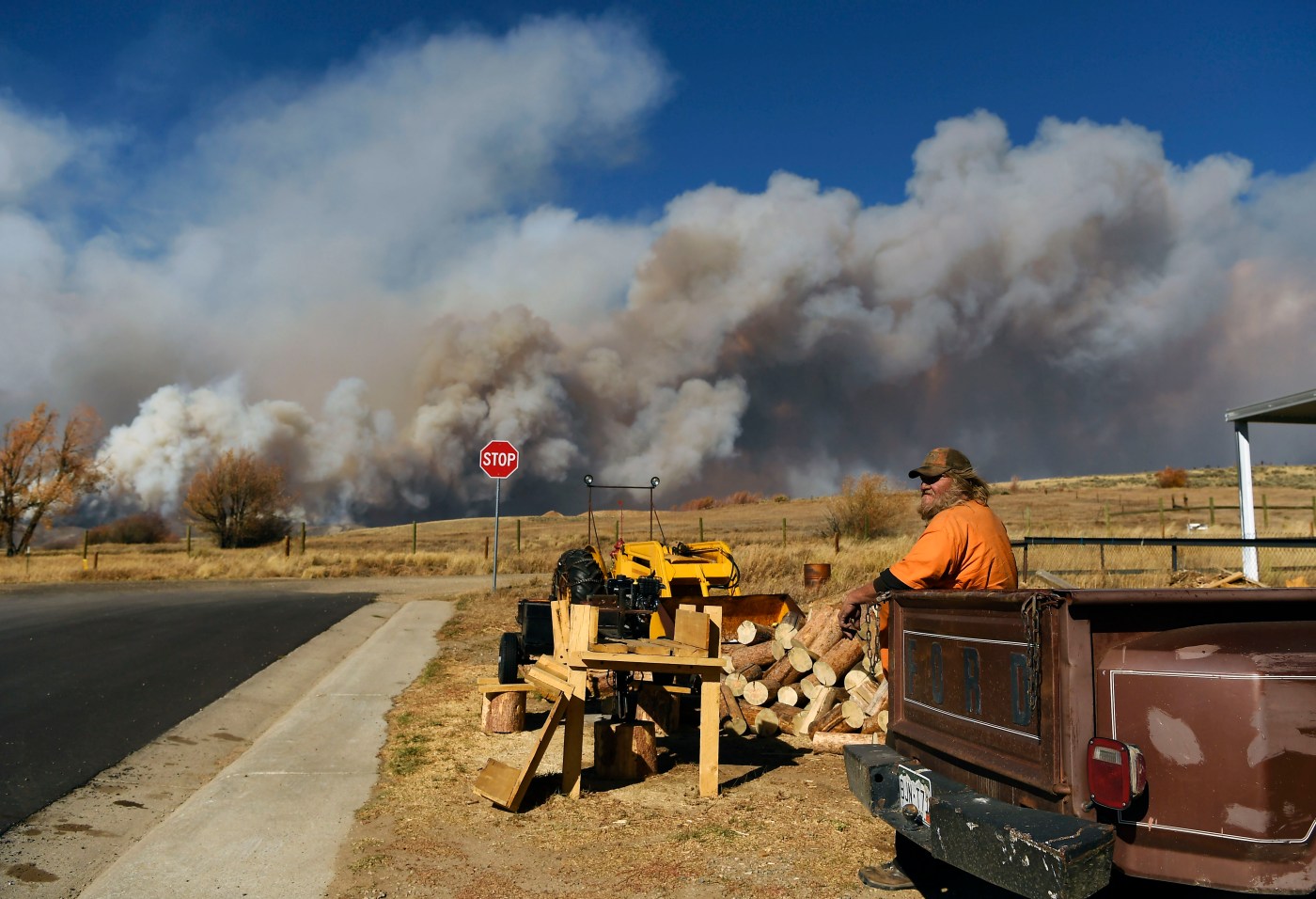 On a recent misty morning in Evergreen, a troop of Mile High Youth Corps members trudged up a grassy glen with eyes peeled, and saws sharpened, for saplings.

Their goal: Make sure the small trees never grow beyond that and, more importantly, never have the chance to become wildfire fuel in the mountainside community just west of Denver.

The corps members were working on a piece of private property in the heavily forested, and high fire risk, neighborhood to mark the rollout of the Colorado Strategic Wildfire Action Program, or COSWAP. The program comes from the nearly $30 million law, SB21-258, passed in 2021, and one of a slew of recent laws aimed at curtailing the ever-present fire danger in the state.

That program emerged following Colorado’s smoke- and ash-covered summer of 2020, when the three largest wildfires on record burned across the state. The three conflagrations combined to consume more than 500,000 total acres.

COSWAP, along with other efforts, is aimed at preventing “minor fires from becoming major fires,” Gov. Jared Polis said at the event about state mitigation efforts. So far, officials have awarded $7 million across eight projects aimed at building more fire-resilient landscapes. COSWAP has $17.5 million earmarked for fuel reduction.

“The difference between the homeowner that has done mitigation and taken down fuel within 50 yards of a home, the home is still standing there,” Polis said. “And on both sides, where they didn’t do that, the home is destroyed. We see that in fire after fire.”

Sherm Dougherty, a community ambassador for the Evergreen Fire Protection District, said he’s hopeful the program will lead to more mitigation in the fire-prone area. Right now, the protection district is focused on outreach to property owners and setting up a nonprofit organization to administer the grant, he said.

“There has been an expectation from the community that the fire department would be able to come out and help assess people’s property and actually show them what might need to be done to meet a certain standard of mitigation,” Dougherty said. “That’s not something we could address in the past.”

The current assessment program gives interested residents an overview of fire danger to their property, while also gauging owners’ interests in mitigation. Officials hope to establish areas of interest where they can best funnel grant money and maximize mitigation.

Jess Moore, risk reduction coordinator for Evergreen Fire Protection District, said they’ve been building momentum with their outreach. She views it as a continuum: Empower homeowners with education, and help if they need follow-through on taking action.

“We obviously recognize the risk of the environment that we’ve chosen to live in,” Moore said. “Education creates empowerment. I’ve never been one and don’t agree with fear-monger education — it doesn’t work — but educating people that they have the ability to reduce their risk around wildfires, giving them the tools to do that, that’s huge.”

Polis said the state is prioritizing its grant dollars to areas that make the biggest difference in fire protection for life, property and critical infrastructure.

“Fires are a natural part of the western landscape,” Polis said. “The challenge is when they become out of control and can threaten populated areas. So we want to make sure that we have additional defenses for homes that are in the wildland-urban interface that both the community level and at the home level.”

Click markers for details, use buttons to change what wildfires are shown. Map data is automatically updated by government agencies and could lag real-time events. Incident types are numbered 1-5 — a type 1 incident is a large, complex wildfire affecting people and critical infrastructure, a type 5 incident is a small wildfire with few personnel involved. Find more information about incident types at the bottom of this page.