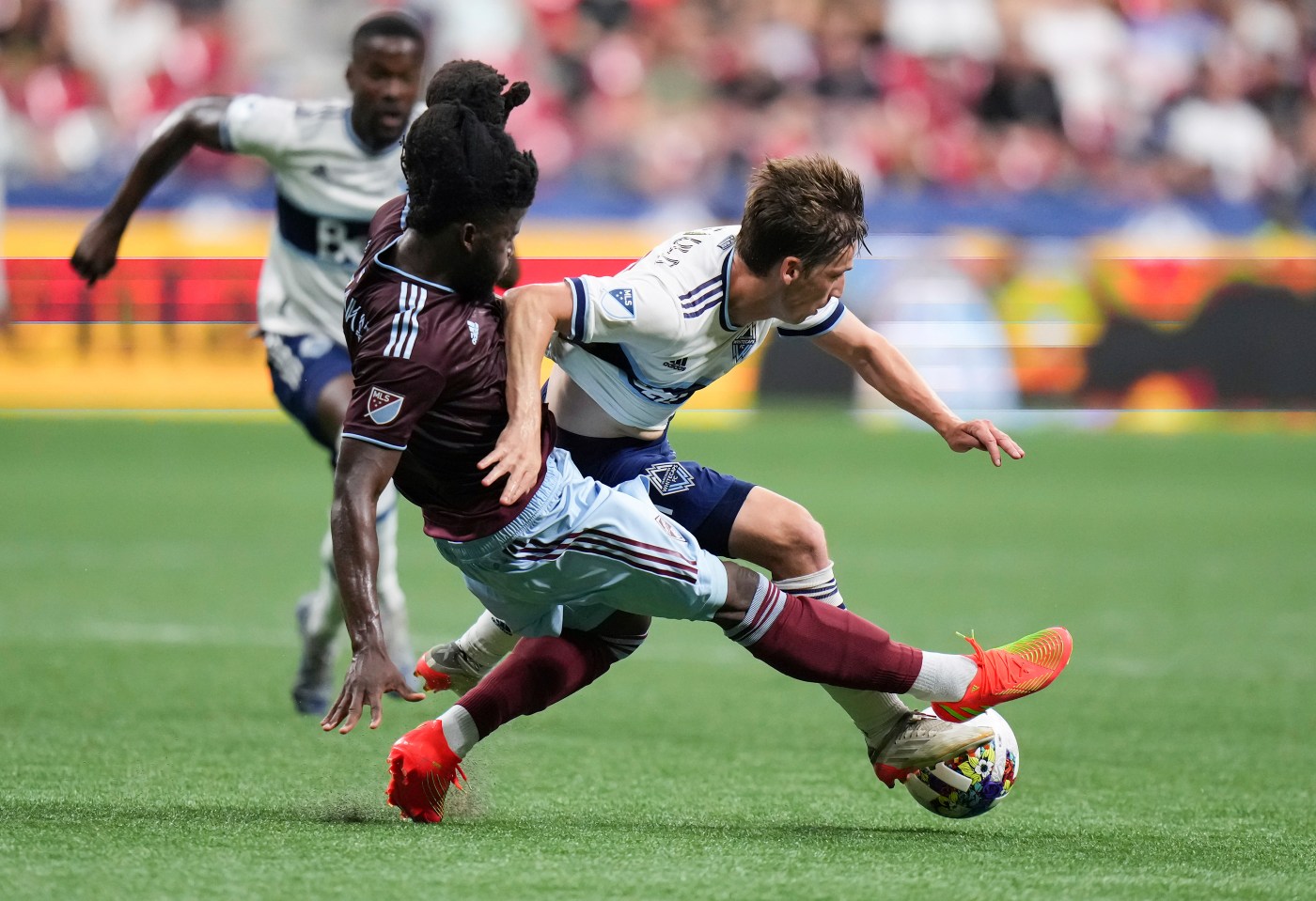 The Colorado Rapids had the chance to wake up Thursday morning in a playoff position.

Ultimately the agate section will still point to 11th place in the MLS Western Conference, even with two points separating them from that coveted seventh spot.

A disjointed first half Wednesday against fellow playoff-hunters Vancouver Whitecaps led to a shocking pair of first-half goals. While Gyasi Zardes scored his seventh goal of 2022 and had a header off the post in stoppage time to deny Colorado a point, it wasn’t enough in a 2-1 loss.

Rapids head coach Robin Fraser, midfielder Max Alves and substitute Ralph Priso insisted this is a playoff group. They just have to cut the mistakes from here on out — a trend, though, they haven’t been able to buck all year.

Here are three takeaways from the loss north of the border.

Colorado conceded the opening goal for the fourth consecutive game. While the back line didn’t give up a goal in the first 10 minutes like the previous three games, they didn’t hold on for much longer. Fourteen minutes in, Vancouver pounced on the Rapids’ slow passing out of the back and Ryan Gauld slotted home the opener. The second goal came in the 40th minute as Alves played a back-pass between Danny Wilson and Gustavo Vallecilla and it fell to Gauld, who finished off his second goal to make it 2-0.

When asked about the goals conceded, Fraser gave his briefest answer all season. “Really poor individual mistakes,” which followed a long pause and was eventually asked the next question.

Yup, couldn’t have said it better myself, coach.

That will have to be the mindset of the Rapids moving forward according to Priso, who was a late second-half sub but was exceptionally sharp in his second appearance as a Burgundy Boy. The team were out seven players, five due to injury and two due to suspension. Still, Priso stood out. He had the cross to Zardes which hit the post and was able to breakdown Vancouver from the moment he subbed on.

When asked if, even with nine games to go what it will take to make the playoffs for a third straight season, Priso looked back to a team he admired growing up: the 2019 MLS Cup-winning Toronto FC, which went on a late-season run just to reach the playoffs.

“That’s the beauty of MLS,” Priso said. “We’ve got nine games. We’re still in it. I think if we win our next game we’d move above Vancouver. It’s just train every day like a final, play every game like it’s a final. We’re still control of our own destiny really.”

He is right, MLS is a very forgiving league, with half of the teams reaching the playoffs. But that depends if the Rapids can put their mistakes out of sight, out of mind.

Colorado’s attacking third woke up in the last half-hour, with similar shades to the comeback win over New York Red Bulls earlier this month. Fraser said the loss wasn’t all “doom-and-gloom.”

He highlighted the strong second-half of Jonathan Lewis and excellent defending of veteran Steven Beitashour, which ignited the charge.

“There are definitely positives,” Fraser said. “…This is more disappointment in mistakes we made and not converting some of the chances. Obviously, we get this sort of result, but, there were very good moments within the game, and some of those moments we created very good chances.”

Colorado (8-10-7, 31 points) will host 12th-place Houston Dynamo at 7 p.m. Saturday in a must-win game to keep its playoff chances alive.