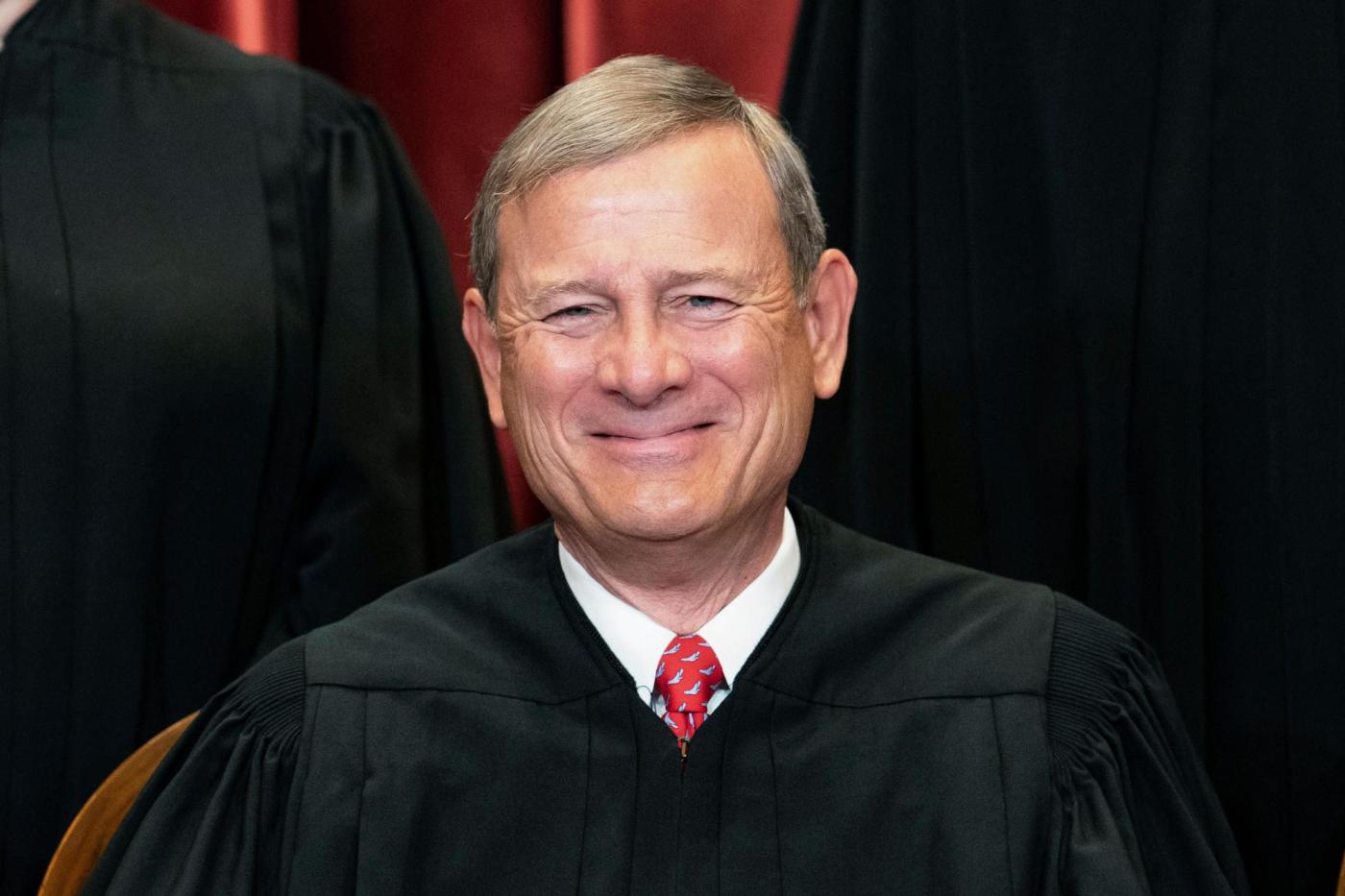 DENVER (AP) — Chief Justice John Roberts defended the authority of the Supreme Court to interpret the Constitution, saying its role should not be called into question just because people disagree with its decisions.

When asked to reflect on the last year at the court in his first public appearance since the U.S. Supreme Court overturned Roe v. Wade, Roberts said Friday he was concerned that lately some critics of the court’s controversial decisions have questioned the legitimacy of the court, which he said was a mistake. He did not mention any specific cases or critics by name.

“If the court doesn’t retain its legitimate function of interpreting the constitution, I’m not sure who would take up that mantle. You don’t want the political branches telling you what the law is, and you don’t want public opinion to be the guide about what the appropriate decision is,” Roberts said while being interviewed by two judges from the Denver-based 10th U.S. Circuit Court of Appeals at its conference in Colorado Springs.

Roberts described the last year as an unusual and difficult one, pointing to the public not be allowed inside the court, closed in 2020 because of the coronavirus pandemic, as one hardship. He also said it was “gut wrenching” to drive into the Supreme Court that was surrounded by barricades every day.

The barriers were installed in May when protests erupted outside the court and outside the homes of some Supreme Court justices after there was an unprecedented leak of a draft opinion indicating the justices were planning to overturn Roe v. Wade, which provided women constitutional protections for abortion for nearly 50 years. The barriers are gone and the public will be allowed back inside when the court’s new session begins in October but an investigation into the leak ordered by Roberts continues.

Speaking at the same conference Thursday, Justice Neil Gorsuch said it is “terribly important” to identify the leaker and said he is expecting a report on the progress of the investigation, “I hope soon.”

Gorsuch condemned the leak, as have other justices who have addressed it publicly.

The leaked draft was largely incorporated into Justice Samuel Alito’s final opinion in June that overturned Roe v. Wade in a case upholding Mississippi’s law banning abortion after 15 weeks. The ruling paved the way for severe abortion restrictions or bans in nearly half of U.S. states.

In June’s ruling, Roberts, appointed to the court in 2005 by former President George W. Bush, voted to uphold Mississippi’s law but he did not join the conservative justices in also overturning Roe v. Wade, as well as Planned Parenthood v. Casey, the 1992 decision that reaffirmed the right to end a pregnancy. He wrote that there was no need to overturn the broad precedents to uphold the state law, saying he would take “a more measured course.”

Roberts has spoken out repeatedly about the importance of the judiciary’s independence and to rebut perceptions of the court as a political institution not much different than Congress or the presidency.

Opinion polls since the leak and the release of the final abortion decision, though, have shown a sharp drop in approval of the court and confidence in the institution.

When asked what the public might not know about how the court work, Roberts emphasized the collegiality among the justices and the court’s tradition of shaking hands before starting conferences or taking the bench. After the justices might disagree about a decision, everyone eats together in the court’s dining room where they talk about everything but work, he said. He said it’s not borne out of “fake affection” but a respect that comes from the push and pull of explaining ideas and listening to the responses to them.

“We have a common calling and we act like it,” he said.

Follow AP’s coverage of the U.S. Supreme Court at https://apnews.com/hub/us-supreme-court.