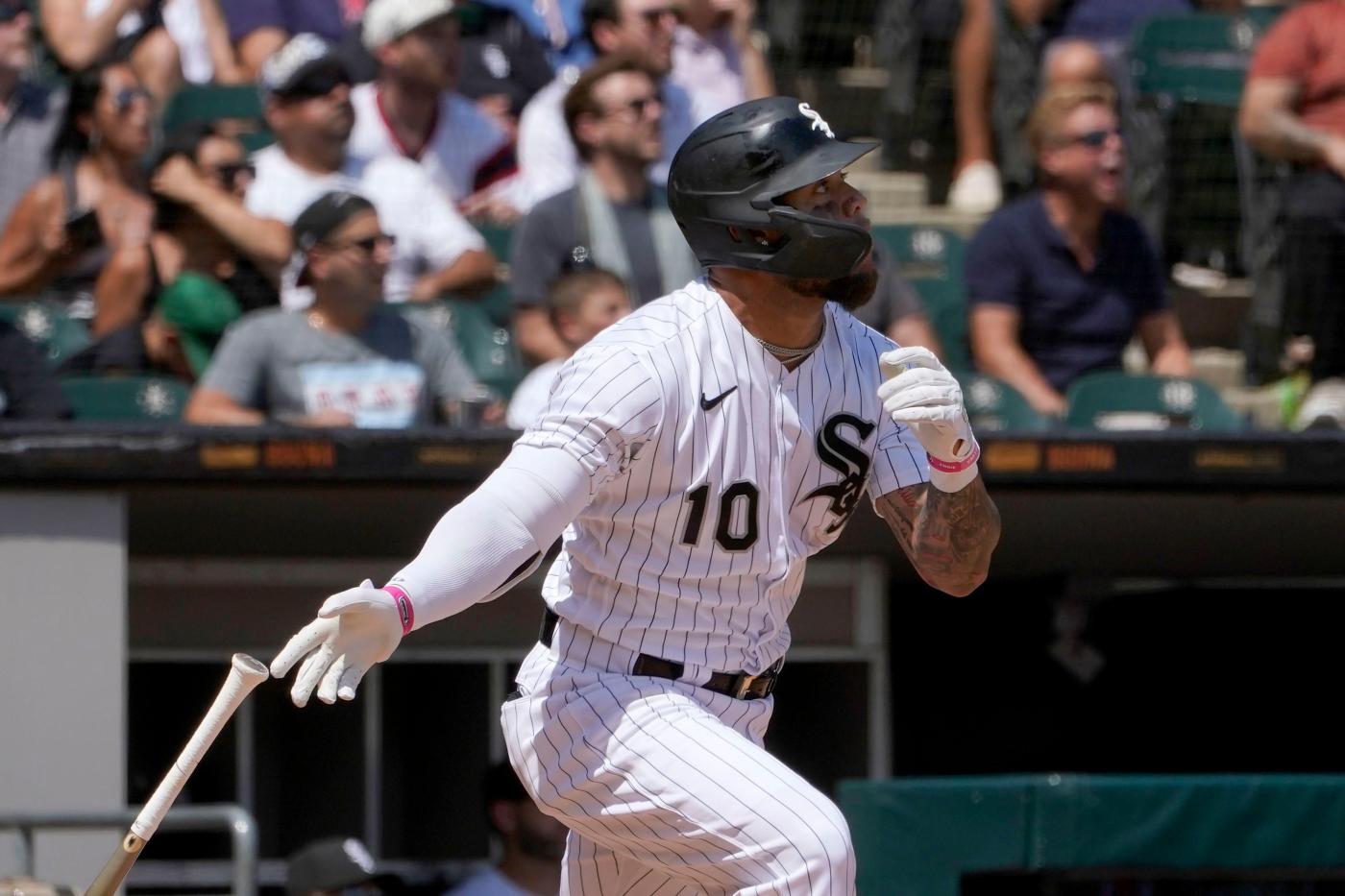 AJ Pollock hit a long fly down the left-field line.

For a moment, it looked as if the Chicago White Sox were going to take the lead in the eighth inning of Game 1 of a split doubleheader against the Cleveland Guardians.

But the ball kept hooking and landed foul. Just the way things have gone for the Sox for parts of this season.

The Sox did not score in the eighth and the game remained tied. The Guardians broke through with three in the ninth against closer Liam Hendriks and won 7-4 in front of 18,518 at Guaranteed Rate Field.

Pollock got the late hit in Game 2, leading the Sox to a 5-4 win for a split.

His hard-hit grounder bounced off the glove of third baseman Ernie Clement and into left field for a two-run single in the eighth, giving the Sox the lead.

The Sox found a way to rally and earn a split of the doubleheader after nearly wasting a strong outing by Lance Lynn.

Lynn allowed three hits, struck out six and walked one in six scoreless innings. It was his best performance of the season. He had allowed 19 earned runs in his previous three starts (14 innings).

The Sox led 3-0 going to seventh behind Yoán Moncada’s two RBIs — a bases-loaded walk in the third and an RBI single in the fifth — and Eloy Jiménez’s solo home run in the sixth.

But the Guardians scored four runs in the seventh.

Clement hit an RBI single and Myles Straw had a two-out triple to right against reliever José Ruiz to bring the Guardians within a run.

Steven Kwan tied the game with a single against Reynaldo López and scored the go-ahead run on Amed Rosario’s triple.

The Sox loaded the bases with two outs in the eight. Nick Sandlin entered to face Pollock, who delivered the hit the Sox desperately needed.

The Guardians had the tying run on third with two outs in the ninth, but Kwan lined out to second baseman Josh Harrison.

Saturday’s opener also had its ups and mostly downs for the Sox.

The Sox fell behind 4-1 before tying the game with three in the seventh.

Nolan Jones began the ninth with a hustle double, making it to second ahead of the throw from right fielder Gavin Sheets. Jones advanced to third on a wild pitch and scored on Josh Naylor’s single to center. That snapped Hendriks’ streak of 15⅓ scoreless innings.

Kwan hit an RBI single to left, and the final run scored on José Ramírez’s sacrifice fly to right.

“They attack,” La Russa said. “They had pitches to hit and they didn’t miss them. That’s what they did to (Sox starter Johnny Cueto) as well, that’s how they play.”

Kwan tied the game at 1 with a one-out double to left. Andrés Giménez brought in two with a single to right. Sheets’ throw to the plate bounced past catcher Seby Zavala, and Giménez advanced to third on the error before scoring on Ramírez’s sac fly.

“Just bad luck,” Cueto said of the fifth. “I started that inning giving up a walk (to Jones) and then a hit by pitch to the catcher (Austin Hedges), and that rolled over.”

The Sox had five consecutive hits in the seventh as they tied the game.

José Abreu singled to right and Yasmani Grandal, who had three hits, reached on an infield hit to load the bases with two outs. Stephan struck out Sheets to end the rally.

Zavala singled to begin the eighth and moved to second on Leury García’s bunt. Pollock hit the long, loud foul ball against Stephan during his at-bat, which ended in a strikeout. Harrison grounded out to second.

“We had three chances to get the go-ahead run, and they were able to make pitches,” La Russa said. “It would be nice to play with the lead, see what happens. But that’s not the way it played out.”

What played out in Game 2 was timely hitting for the Sox, who have a shot at salvaging a series split with Dylan Cease on the mound Sunday against Shane Bieber.