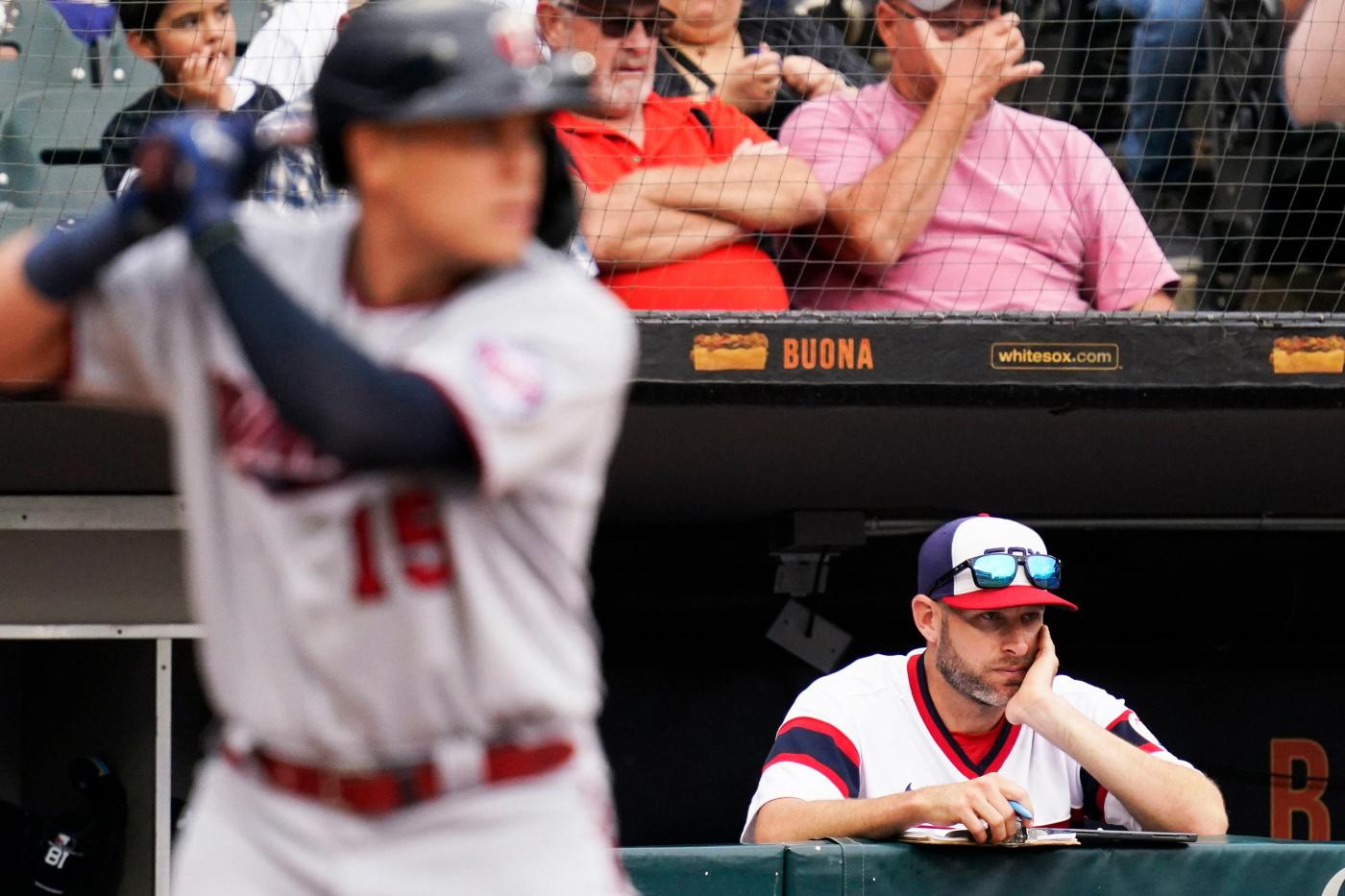 Leury García came to bat in the seventh inning Sunday with runners on second and third with one out and the Chicago White Sox trailing the Minnesota Twins by one run.

The Sox called for a safety squeeze on the next pitch. García got the bunt down but it went back to Duran, who fielded the ball and made an underhanded toss to the plate, where catcher Gary Sánchez tagged out pinch runner Adam Haseley.

“Sometimes you’ve got to go for it,” Sox acting manager Miguel Cairo said. “It was a good chance to do it. He did the job. It was just a little to the middle, but he did his job.”

Duran struck out Romy Gonzalez to end the inning — and a great opportunity for the Sox, who lost 5-1 in front of 32,305 at Guaranteed Rate Field.

The Sox were unable to complete a sweep of the three-game series and saw their winning streak end at four. They returned to .500 at 67-67 and remain in third place in the American League Central, trailing the second-place Twins by two games and the division-leading Cleveland Guardians by 2½.

“We go about what we did (Sunday), what we could have done better and put it in the past,” Cairo said. “Tomorrow is another day. We play the way we played this week, watch out. We’re going to have a pretty good chance, and the guys are excited about going out there (to Seattle and Oakland).”

“It’s kind of par for the course for the bulk of my season,” said Giolito, who is 10-9 with a 5.21 ERA. “Just not quite there. But I battled. Gave it my all. One bad pitch to Correa. Walk before that kind of did me in there. And a lot of deep counts, fell behind too many guys. A lot of 3-2 (counts), a lot of foul balls.

“I’m just going out and giving it my all with what I’ve got. I know I can get outs. I can have good performances. It’s commanding, as long as I’m working ahead.”

The Sox had only three hits — two in starter Dylan Bundy’s five innings — as they entered the seventh down 2-0. Gavin Sheets doubled with one out against reliever Michael Fulmer and advanced to third on a single by Yasmani Grandal, who was lifted for Haseley.

AJ Pollock drove in Sheets with a double to right that was just out of the reach of Max Kepler. The hit cut the deficit to 2-1 and gave the Sox second and third with one out.

Duran entered, and the Sox opted for the squeeze with García. It didn’t work out.

“I told him, if you get your first pitch, if it’s a strike, swing away,’” Cairo said. “After that, I told him what was going on.”

The Sox elected against subbing in Luis Robert — who was on the bench after returning from the paternity list Sunday — in that spot. He has been dealing with left wrist soreness recently and has appeared in only two of the last nine games with no starts or at-bats.

“And I felt comfortable with Leury in there in that situation, He’s a fastball hitter and I know he could bunt or put the ball in play. I was good with that.”

After Duran struck out Gonzalez, the Twins added an insurance run in the eighth on a wild pitch. They created more breathing room in the ninth with a two-run double by Jose Miranda.

The Twins had 12 hits a day after coming one out away from getting no-hit by Dylan Cease.

The Sox had to settle for taking two of three in the series as they completed a 4-5 homestand. After losing the first four, they won four of the last five.

They face another playoff contender Monday, when they begin a three-game series in Seattle.

“It sucks we lost (Sunday), but an important road trip coming up (three against the Mariners and four against the Oakland Athletics),” Giolito said. “Just keep on having the same energy we’ve had the last week and see what happens.”