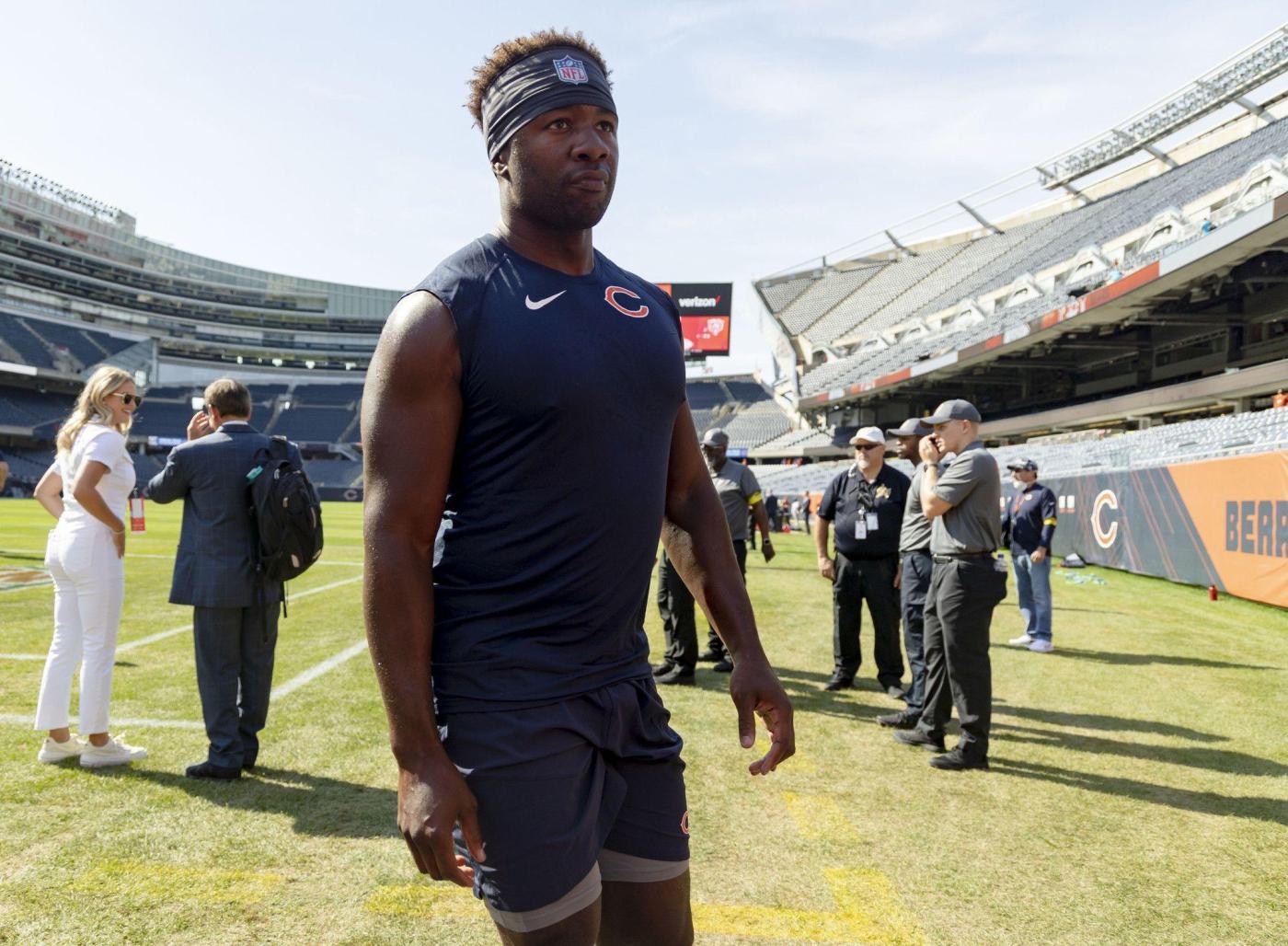 With three weeks until the season starts, Chicago Bears defensive tackle Justin Jones is itching to get to the real thing.

Jones has kept an eye on the San Francisco 49ers to get a feel for the Bears’ Week 1 opponent. The Bears wrap up their preseason schedule Saturday in Cleveland before the focus turns to the 49ers — something that can’t come soon enough for Jones.

“I feel like a lot of guys on the defense are ready for Week 1,” he said. “We’ve been going against each other for a minute. Preseason is cool, but at the same time there’s nothing like really game planning, figuring out how to attack a team and their star players, how are you going to keep their quarterback in the pocket so we can get all these sacks. That’s the real fun.

The Bears got one of their biggest pieces — weak-side linebacker Roquan Smith — back Saturday when he ended his “hold-in,” a failed bid for a massive contract extension. Smith said he’s betting on himself now as he prepares to play out the final year of his rookie contract. He participated in individual drills again Sunday as the coaching staff ramps him up for team drills and ultimately the season opener.

The Bears have seven practices scheduled before they reach Sept. 5, the start of Week 1 preparation. It likely will be enough time for Smith, who wasn’t on the field until Saturday but was a full participant in on-field drills during the offseason program and has been in meetings since training camp began. And it’s not like defensive coordinator Alan Williams is preparing a rookie.

“Now he’s in there, so he just needs the familiarity with going through what we’re calling, motions, communicating with the defense,” Williams said of Smith. “He’ll be fine.”

Smith’s return comes at the right time as the rest of the locker room — which has gotten significantly younger since last season — looks to him for leadership. When the season starts, players can’t lead if they’re not on the field.

“He shows up every day on time to work, never late,” defensive end Trevis Gipson said. “Corrects other guys when they’re wrong. Holds himself accountable. The list can go on and it’s not just what he does for himself personally.

“He’s a pro, but also the things that he can pour into his teammates and coaches and everything that he can offer for everybody else besides himself. That’s great leadership, that’s knowledge, knowing the game, having those years under his belt, that experience and just helping young guys come along too.”

Whether starters play against the Browns makes little difference in the big picture. If Smith and other starters are on the field for a handful of snaps, there’s no carry-over to the Week 1 game against the 49ers or the week after that in Green Bay.

The only projected starter Williams is missing is rookie strong safety Jaquan Brisker, who is sidelined after surgery on his right hand. The Bears hope he’ll be cleared to play against the 49ers.

The unit seems to be coming together and the energy is clearly there.

Soon they will be able to dive into the X’s and O’s that Jones is looking forward to.