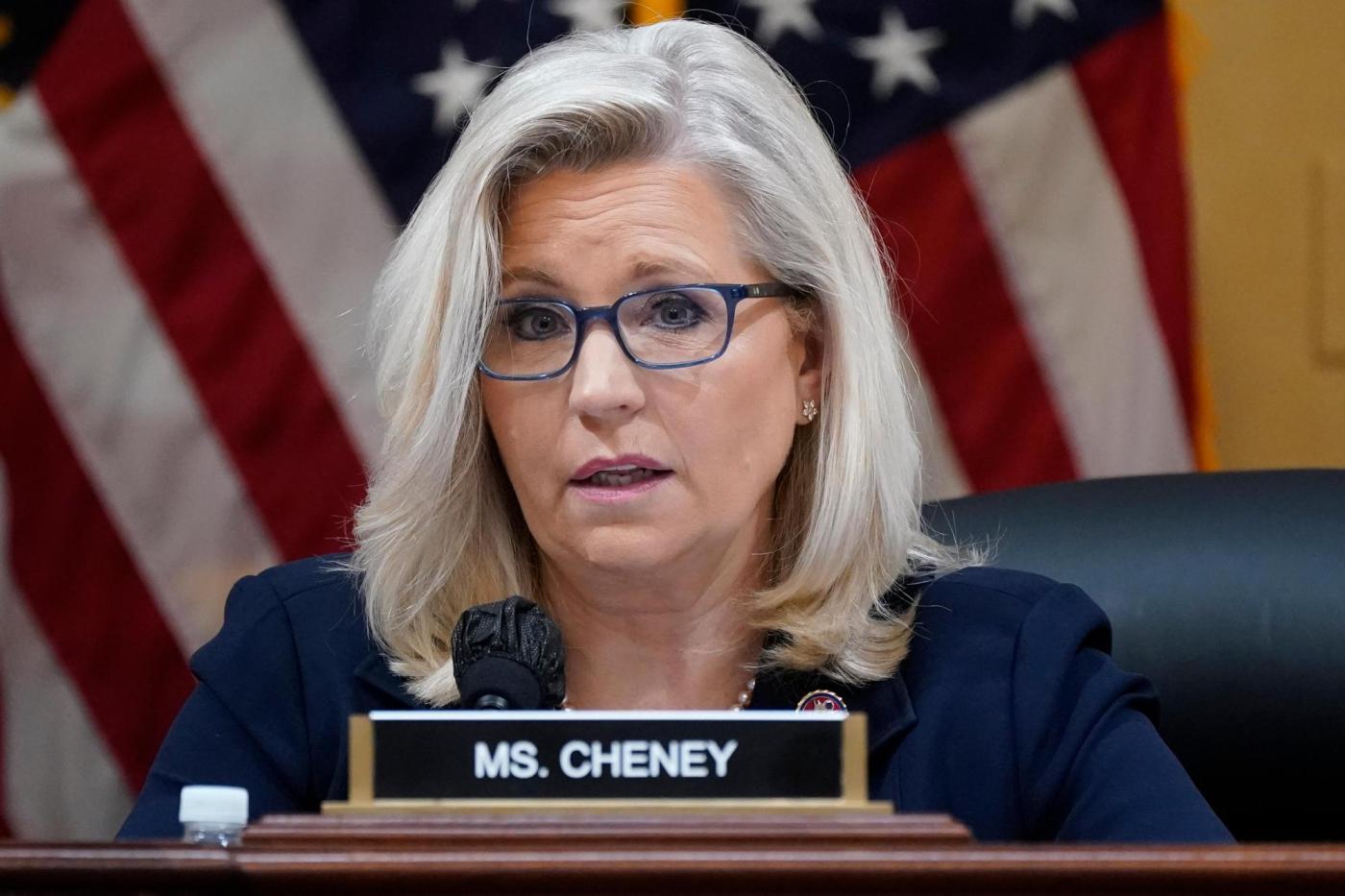 By STEVE PEOPLES and MEAD GRUVER

CHEYENNE, Wyo. (AP) — Wyoming Rep. Liz Cheney, a leader in the Republican resistance to former President Donald Trump, is fighting to save her seat in the U.S. House on Tuesday as voters weigh in on the direction of the GOP in two deep-red states.

Cheney’s team is bracing for a loss against a Trump-backed challenger in the state in which he won by the largest of margins during the 2020 campaign.

Win or lose, the 56-year-old daughter of a vice president is vowing to remain in national politics as she contemplates a 2024 presidential bid. But in the short term, Cheney is facing a dire threat from Republican opponent Harriet Hageman, a Cheyenne ranching industry attorney who has harnessed the full fury of the Trump movement in her bid to expel Cheney from the House.

“We like Trump. She tried to impeach Trump,” Cheyenne voter Chester Barkell said of Cheney. “I don’t trust Liz Cheney.”

Cheney’s allies were struggling not to lose hope in the hours before polls closed.

“I’m still hopeful that the polling numbers are wrong,” said Landon Brown, a Wyoming state representative and vocal Cheney ally. “It’ll be a crying shame really if she does lose. It shows just how much of a stranglehold that Donald Trump has on the Republican Party.”

Tuesday’s contests in Wyoming and Alaska offer one of the final tests for Trump and his brand of hard-line politics ahead of the November general election. So far, the former president has largely dominated the fight to shape the GOP in his image, having helped install loyalists in key general election matchups from Arizona to Georgia to Pennsylvania.

This week’s contests come just eight days after the FBI executed a search warrant at Trump’s Florida estate, recovering 11 sets of classified records. Some were marked “sensitive compartmented information,” a special category meant to protect the nation’s most important secrets. The Republican Party initially rallied behind the former president, although the reaction turned somewhat mixed as more details emerged.

In Alaska, a recent change to state election law gives a periodic Trump critic, U.S. Sen. Lisa Murkowski, an opportunity to survive the former president’s wrath, even after she voted to convict him in his second impeachment trial.

The top four primary Senate candidates in Alaska, regardless of party, will advance to the November general election, where voters will rank them in order of preference.

In all, seven Republican senators and 10 Republican House members joined every Democrat in supporting Trump’s impeachment in the days after his supporters stormed the U.S. Capitol as Congress tried to certify President Joe Biden’s victory.

Just two of those 10 House members have won their GOP primaries this year. The rest have lost or declined to seek reelection. Cheney would be just the third to return to Congress if she defies expectations on Tuesday.

And Murkowski is the only pro-impeachment senator running for reelection this year.

She is facing 18 opponents — the most prominent of which is Republican Kelly Tshibaka, who has been endorsed by Trump — in her push to preserve a seat she has held for nearly 20 years. In contrast to vulnerable Republican candidates who cozied up to Trump in other states this summer, Murkowski continues to promote her bipartisan credentials.

“When you get the ideas from both sides coming together, little bit of compromise in the middle, this is what lasts beyond administrations, beyond changes in leadership,” the Republican senator said in a video posted on social media over the weekend. “This is what allows for stability and certainty. And it comes through bipartisanship.”

On the other side of the GOP’s tent, Sarah Palin, the former Alaska governor and vice-presidential nominee, hopes to spark a political comeback on Tuesday.

Endorsed by Trump, she finished first among 48 candidates to qualify for a special election seeking to replace Rep. Don Young, who died in March at age 88, after 49 years as Alaska’s lone House member. Palin is actually on Tuesday’s ballot twice: once in a special election to complete Young’s term and another for a full two-year House term starting in January. She’s running against Republican Nick Begich and Democrat Mary Peltola in the special election and a larger field in the primary.

Back in Wyoming, Cheney’s political survival may depend upon persuading enough Democrats to cast ballots in her Republican primary election. While some Democrats have rallied behind her, it’s unclear whether there are enough in the state to make a difference. Biden earned just 26% of Wyoming’s vote in 2020.

Ardath Junge, of Cheyenne, said she recently changed her registration from Democratic to Republican.

“I did it just to vote for Cheney because I believe in what she’s doing,” said Junge, a retired schoolteacher.

Many Republicans in the state — and in the country — have essentially excommunicated Cheney because of her outspoken criticism of Trump. The House GOP ousted her as the No. 3 House leader last year. And more recently, the Wyoming GOP and Republican National Committee censured her.

Anti-Trump groups such as U.S. Rep. Adam Kinzinger’s Country First PAC and the Republican Accountability Project have worked to encourage independents and Democrats to support Cheney in recent weeks. They are clearly disappointed by the expected outcome of Tuesday’s election, although some are hopeful about her political future.

“What’s remarkable is that in the face of almost certain defeat she’s never once wavered,” said Sarah Longwell, executive director of the Republican Accountability Project. “We’ve been watching a national American figure be forged. It’s funny how small the election feels — the Wyoming election — because she feels bigger than it now.”

Cheney has seemingly welcomed defeat by devoting almost every resource at her disposal to ending Trump’s political career since the insurrection.

She emerged as a leader in the congressional committee investigating Trump’s role in the Jan. 6 attack, giving the Democrat-led panel genuine bipartisan credibility. She has also devoted the vast majority of her time to the committee instead of the campaign trail back home, a decision that still fuels murmurs of disapproval among some Wyoming allies. And she has closed out the primary campaign with an unflinching anti-Trump message.

“In our nation’s 246-year history, there has never been an individual who was a greater threat to our republic than Donald Trump,” former Vice President Dick Cheney said in a recent ad produced by his daughter’s campaign.

He continued, “There is nothing more important she will ever do than lead the effort to make sure Donald Trump is never again near the Oval Office.”