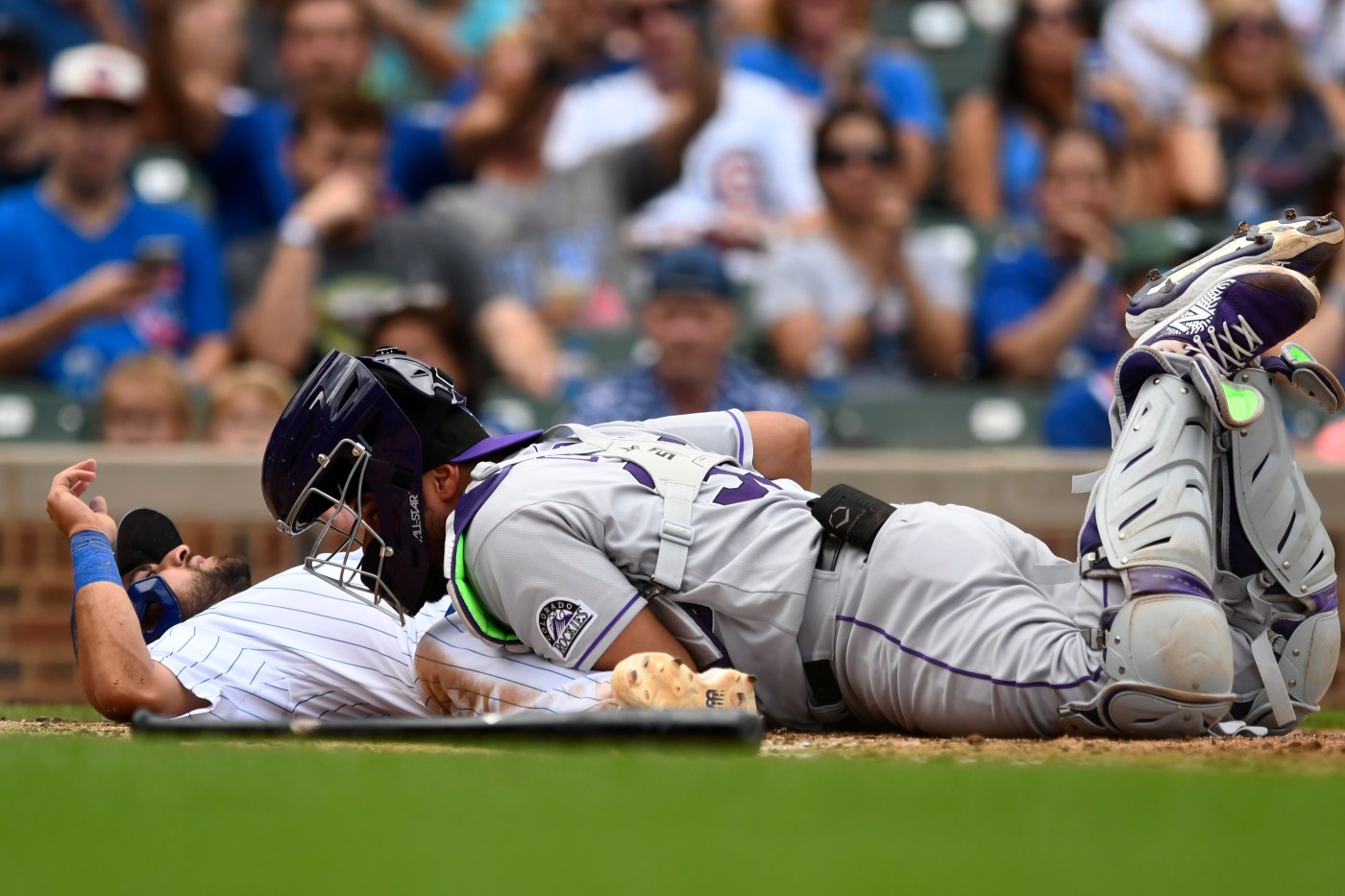 Charlie Blackmon busted his slump in a big way.

The Rockies’ veteran designated hitter ripped an RBI triple into the right fielder corner in the ninth inning to score Garrett Hampson and produce the go-ahead run in a 3-1 victory over the Cubs on Saturday afternoon at Wrigley Field.

The Rockies had produced only four baserunners through the first eight innings until C.J. Cron coaxed a one-out walk out of reliever Adbert Alzolay. Hampson pinch ran for Cron and scored easily on Blackmon’s fifth triple of the season.

Colorado scored a cushion run on Elias Diaz’s single up the middle to score Blackmon and make it 3-1.

Closer Daniel Bard gave up a single to Yan Gomes in the ninth but was never in trouble and he recorded his 31st save in 34 opportunities.

Right-hander Jose Urena, commanding all of his pitches, gave the Rockies six strong innings, yielding just one run on seven hits. He struck out four and walked two.

Urena’s performance certainly gives the Rockies food for thought as they contemplate whether or not to attempt to bring the right-hander back for next season. Urena, 30, is scheduled to become a free agent.

The Cubs clawed out a 1-0 lead in the fifth off Urena. Ian Happ stroked a one-out single to right-center, advanced to third on Alfonso Rivas’ single, and scored on P.J. Higgins’ infield single to third baseman Ryan McMahon. Higgins just barely beat McMahon’s throw to Cron at first. The Rockies staved off a second run when Cron gunned down Rivas at the plate as Rivas attempted to score from second.

Talented rookie Hayden Wesneski, making his third big-league appearance but his first big-league start, confounded the Rockies for seven innings. The right-hander gave up one run on just three hits, struck out seven, and didn’t walk anyone.

Colorado finally nicked Wesneski for a run in the seventh, with a little help from the baseball gods. Cron led off with a blooper down the right-field line that hopped into the stands for a ground-rule double and moved to third on  Blackmon’s groundout to first. Cron slid home with the tying run on Diaz’s high infield chopper that second baseman Zach McKinstry had trouble fielding.

The Rockies and Cubs will play the rubber game of the three-game series on Sunday afternoon.