Imagine a digital world without limits to how much you can achieve. As the blockchain and metaverse expand, people can create an experience of their choice and interact with others in an ever-evolving ecosystem.

ChainWars, a play-to-earn game that focuses on an ever-developing story, has announced the launch of its phase three stage. As one of the newest and most promising GameFi on the blockchain, ChainWars has already outdone its alpha phase and earned many achievements.

In addition to its successful launch in June 2021, the innovative project has successfully established a bubbling community, partnered with other blockchain developers, and launched its own native token, Chain Wars Essence ($CWE).

Phase Three will introduce the staking functionality. Hence, ChainWars can be staked on Moonlift. The staking function is a new use case for the GameFi that will encourage users to become hodlers. Hodlers are long-term cryptocurrency investors who plan to hold their digital assets for over a year.

Furthermore, ChainWars has launched its unique gameplay called ChainWars Season that allows gamers to battle for the top position on the leaderboard. Interested participants can simply create an account, download the latest version of the game and climb the leaderboards by winning games against other players! When the season reaches its deadline, the top 3 players are rewarded in CWE.

ChainWars has already completed the first season which ended in August 1 and the first winners have been announced.

ChainWars is an ever-evolving story of galactic warfare that stands out from other GameFi projects in terms of excitement, better user experience, and community interaction. In addition, players can claim actual ownership of their in-game assets because the assets will eventually be tokenised goods.

Through the tokenisation of NFTs, ChainWars create 100% player-owned game assets, providing it with the tangible feel other platforms do not have. This crypto gaming project will contribute to making cryptocurrency a more interactive and understandable experience whilst being a fun and rewarding game to play.

The main game is a Digital Collectible Card Game (DCCG). The GameFi project’s team, including the designers and blockchain developers, designed the cards and made them compatible with the platform. To be able to play the game, one needs to have at least 31 original ChainWars game cards (NFTs). In addition, a minimum of 1 Hero card must be among these 31 cards.

More Development for the Future

Currently, players can still participate without owning NFTs, as blockchain coupling is yet to happen. Nevertheless, ChainWars plans to expand its lore, introducing more character lore shortly on our official website.

To learn more about ChainWars and how you can have fun while earning passive income when you win games, connect with the community by following the links below. 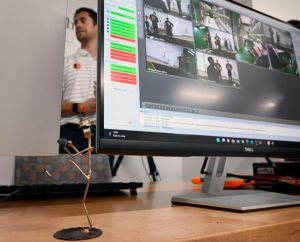