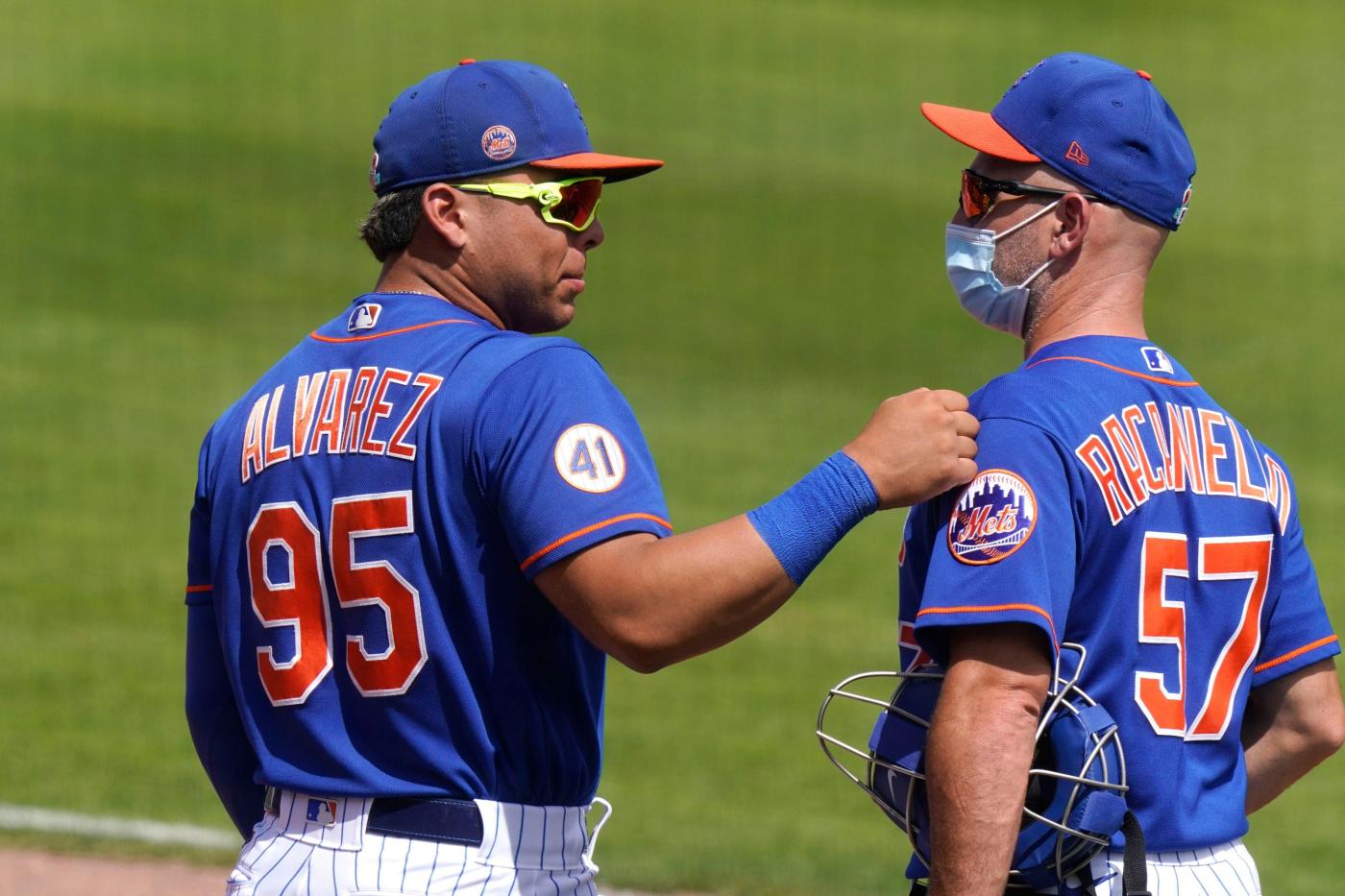 On Thursday, Major League Baseball released the rosters for the All-Star Futures Game, the league’s annual showcase of its best minor league talent.

Francisco Alvarez, the highly-touted catcher of the future, is the Mets’ lone representative. Alvarez, who was promoted to Triple-A earlier this week, is the Mets’ top prospect according to MLB.com, FanGraphs, and Baseball America. On MLB.com’s list, he is the second-best prospect in all of baseball.

In 67 games at Double-A before his promotion, Alvarez posted a robust .277/.368/.553 slash line. He also pummeled 18 home runs at that level while drawing a walk in 12.2% of his 296 plate appearances. Alvarez, known primarily for his light-tower power, was behind the plate for Max Scherzer’s recent rehab start in Double-A. The 20-year-old drew praise from Scherzer, who said Alvarez “made some adjustments along the way” and “worked with me pretty well.”

It’s certainly possible that Alvarez makes an appearance in the big leagues this season, as he’s proven to wield a beastly bat. Despite Scherzer’s comments, it is extremely unlikely that he gets any playing time at catcher, as the first year of the universal DH allows him to go positionless. The last catchers to appear in an MLB game at 20 years old were Dioner Navarro and Rene Rivera, who both did it in 2004, though neither played in more than five games at that age.

Alvarez is one of five Venezuelan players on a Futures Game roster. The game pits the best prospects of the National League against the best of the American League. Shawn Green, the former Mets’ outfielder, will serve as the NL’s hitting coach. Ex-Met manager Jerry Manuel is the bench coach for the AL side.

This year’s game will take place on July 16 at Dodger Stadium. Peacock will have the live television broadcast at 7 p.m. ET, with MLB Network re-airing the game at 9 a.m. ET the next day. The game is scheduled to only go seven innings.