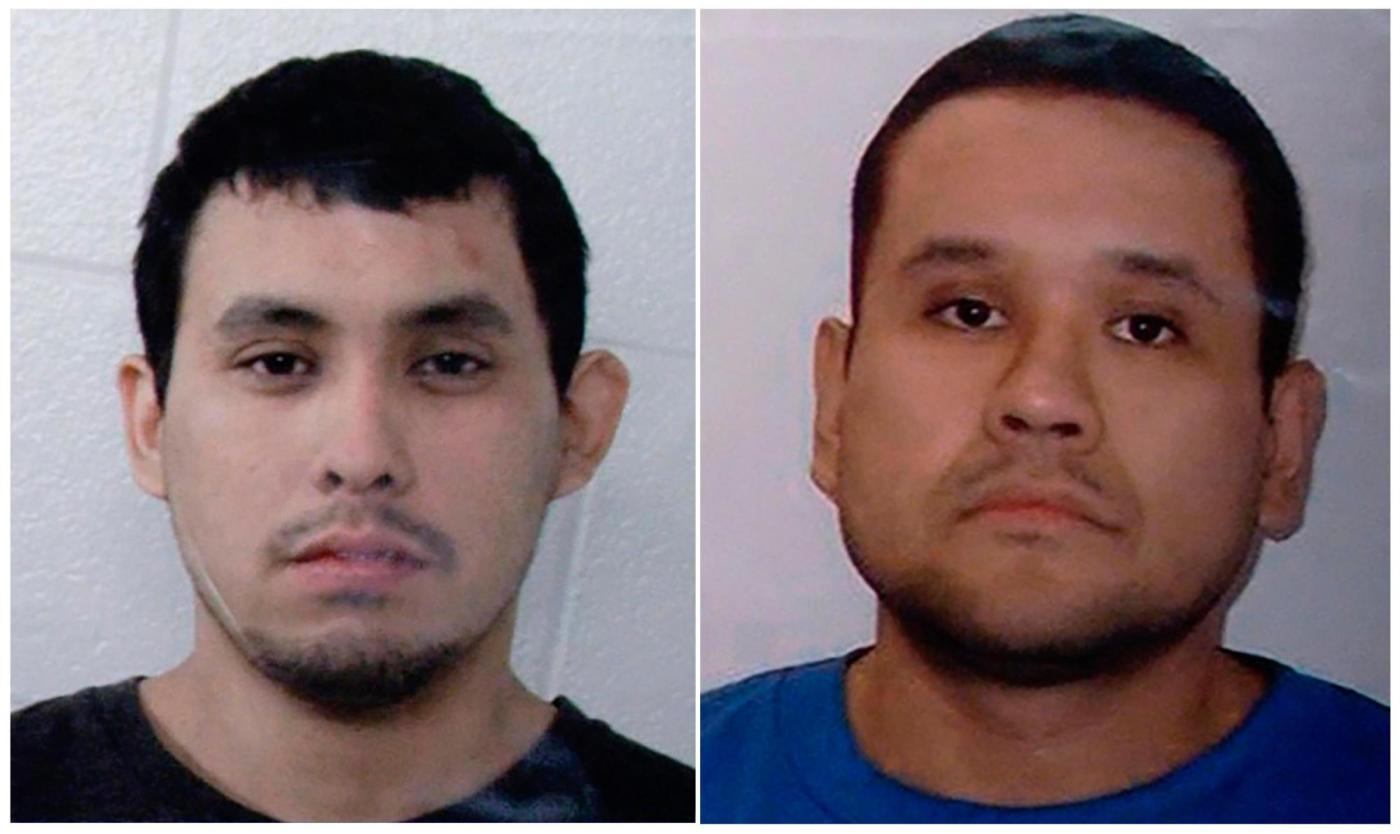 JAMES SMITH CREE FIRST NATION, Saskatchewan (AP) — Canadian police surrounded a residence with guns drawn Tuesday on an Indigenous reserve where a stabbing rampage took place over the weekend, as authorities warned people the remaining suspect might be in the area.

Police sent an emergency alert to phones asking people to shelter in place, saying the suspect, Myles Sanderson, may have been sighted on the James Smith Cree First Nation reserve. An Associated Press reporter heard people screaming and running and saw police surround a home. Police are barricading roads heading into the reserve.

An official familiar with the matter said it’s not confirmed if he’s inside but the alert was put as a precaution and for the safety of residents. The official spoke on condition of anonymity as they were not authorized to discuss the matter publicly.

Authorities previously said he was believed to be in a different part of the province.

Leaders of the James Smith Cree Nation, where most of the stabbing attacks took place, blamed the killings on drug and alcohol abuse plaguing the community, which they said was a legacy of the colonization of Indigenous people.

James Smith Cree Nation resident Darryl Burns and his brother, Ivor Wayne Burns, said their sister, Gloria Lydia Burns, was a first responder who was killed while responding to a call. Burns said his 62-year-old sister was on a crisis response team.

“She went on a call to a house and she got caught up in the violence,” he said. “She was there to help. She was a hero.”

He blamed drugs and pointed to colonization for the rampant drug and alcohol use on reserves.

“We had a murder suicide here three years ago. My granddaughter and her boyfriend. Last year we had a double homicide. Now this year we have 10 more that have passed away and all because of drugs and alcohol,” Darryl Burns said.

Ivor Wayne Burns also blamed drugs for his sister’s death and said the suspect brothers should not be hated.

Blackmore said police were still determining the motive, but the chief of the Federation of Sovereign Indigenous Nations echoes suggestions the stabbings could be drug-related.

“This is the destruction we face when harmful illegal drugs invade our communities, and we demand all authorities to take direction from the chiefs and councils and their membership to create safer and healthier communities for our people,” said Chief Bobby Cameron.

Blackmore said the criminal record of Myles Sanderson dates back years and includes violence. . Last May, Saskatchewan Crime Stoppers issued a wanted list that included him writing that he was “unlawfully at large.”

Before Damien’s body was found, arrest warrants were issued for the suspects and both men faced at least one count each of murder and attempted murder.

The stabbing attack was among the deadliest mass killings in Canada, where such crimes are less common than in the United States. The deadliest gun rampage in Canadian history happened in 2020, when a man disguised as a police officer shot people in their homes and set fires across the province of Nova Scotia, killing 22 people. In 2019, a man used a van to kill 10 pedestrians in Toronto.

Deadly mass stabbings are rarer than mass shootings, but have happened around the world. In 2014, 29 people were slashed and stabbed to death at a train station in China’s southwestern city of Kunming. In 2016, a mass stabbing at a facility for the mentally disabled in Sagamihara, Japan, left 19 people dead. A year later, three men killed eight people in a vehicle and stabbing attack at London Bridge.

Police in Saskatchewan got their first call about a stabbing at 5:40 a.m. on Sunday, and within minutes heard about several more. In all, dead or wounded people were found at 13 different locations on the sparsely populated reserve and in the town, Blackmore said. James Smith Cree Nation is about 30 kilometers (20 miles) from Weldon.

Among the 10 killed was Lana Head, who is the former partner of Michael Brett Burns and the mother of their two daughters.

“It’s sick how jail time, drugs and alcohol can destroy many lives,” Burns told the Aboriginal Peoples Television Network. “I’m hurt for all this loss.”

Weldon residents have identified one of the dead as Wes Petterson, a retired widower who made he coffee every morning at the senior center. He loved gardening, picking berries, canning, and making jam and cakes, recalled William Works, 47, and his mother, Sharon Works, 64.

“He would give you the shirt off his back if he could,” William Works said, describing his neighbor as a “gentle old fellow” and “community first.”

Sharon Works was baffled: “I don’t understand why they would target someone like him anyway, because he was just a poor, helpless little man, 100 pounds soaking wet. And he could hardly breathe because he had asthma and emphysema and everybody cared about him because that’s the way he was. He cared about everybody else. And they cared about him.”