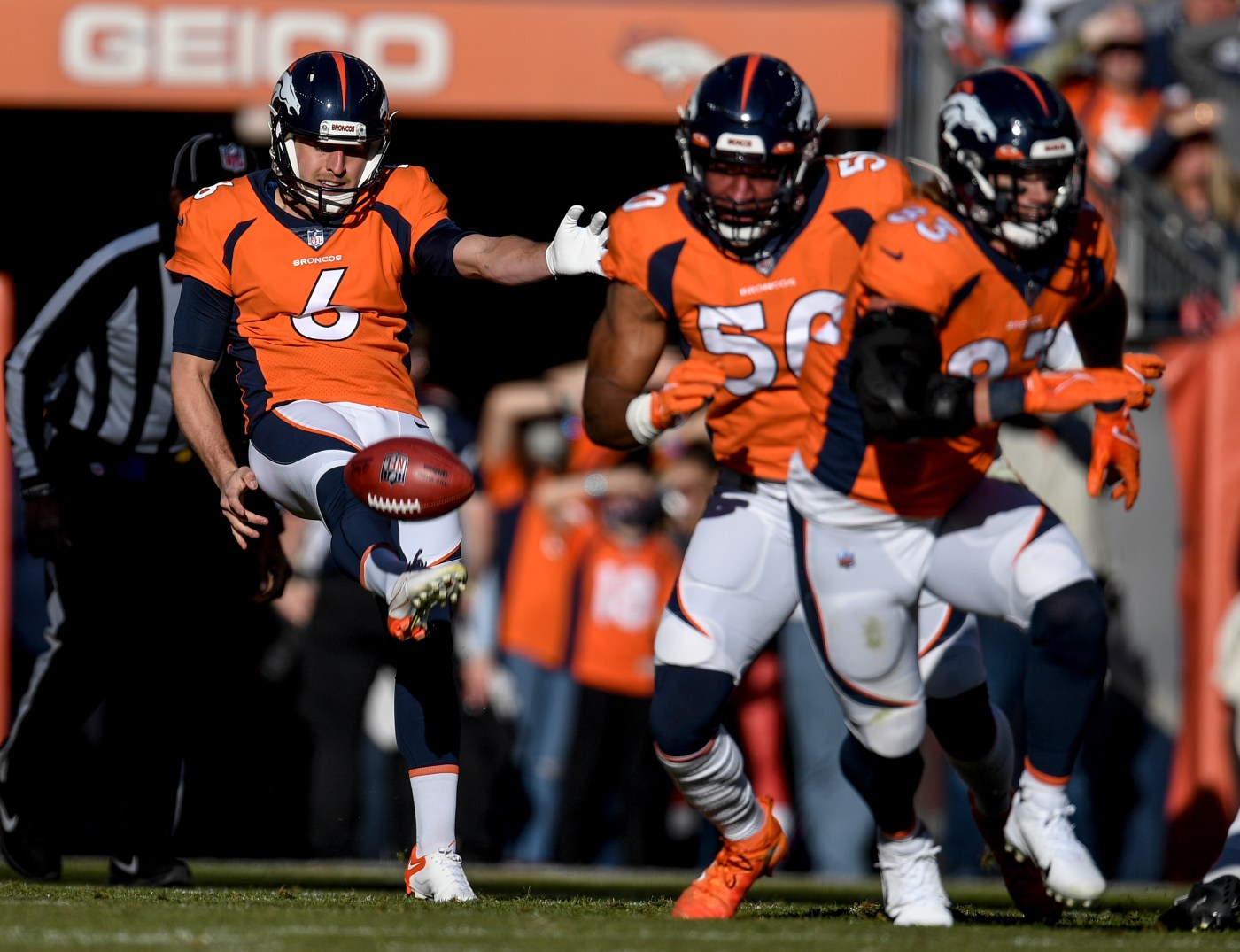 Sam Martin is out as the Broncos punter, and Corliss Waitman is in.

On Monday, one day ahead of the NFL’s 53-man roster deadline, the Broncos released Martin. The decision to cut Martin, who punted in 33 of the Broncos’ 35 games over the past two years, saves the team about $1.88 million in cap space when subtracting Martin’s $2.7 million cap number from what Waitman is set to earn ($825,000).

Martin’s release also indicates the Broncos’ confidence in Waitman, who competed for the starting job all offseason after being claimed off waivers in February. The second-year pro became the economical choice after performing well in training camp and the preseason, and Martin was released after a league source confirmed he declined a pay cut offer from the Broncos.

“We chart them in practice — we chart all their kicks, chart their distance, chart their hang (times),” Stukes said. “It’s not just the preseason games (we look at), it’s an accumulation of things.”

Last year, Martin ranked third in the NFL in net punting average at 42.8 yards per punt, and was tied for fifth in the league with 28 punts inside the 20-yard line. He had a 49-yard net average in four preseason punts, with one inside the 20.

Meanwhile, Waitman had a 42.6 net average in seven punts over two games for Pittsburgh last year, and a 43.3-yard average in six preseason punts, with two inside the 20. He originally came into the NFL as an undrafted free agent out of South Alabama with the Steelers in 2020, and spent that season on the practice squad. He also signed with, and was waived by, the Raiders and Patriots over the past couple seasons.

Martin was one of two notable veteran punters released Monday, as the Titans also cut Pro Bowler Brett Kern, who was beat out by rookie and CSU alum Ryan Stonehouse.

Gemmel and Hardy were signed after the Broncos opened training camp and Gutierrez was signed after going undrafted. Cornerback Donnie Lewis was waived/injured.

The Broncos now have 74 players on the active roster, and must cut down to 53 by 2 p.m. MT on Tuesday.