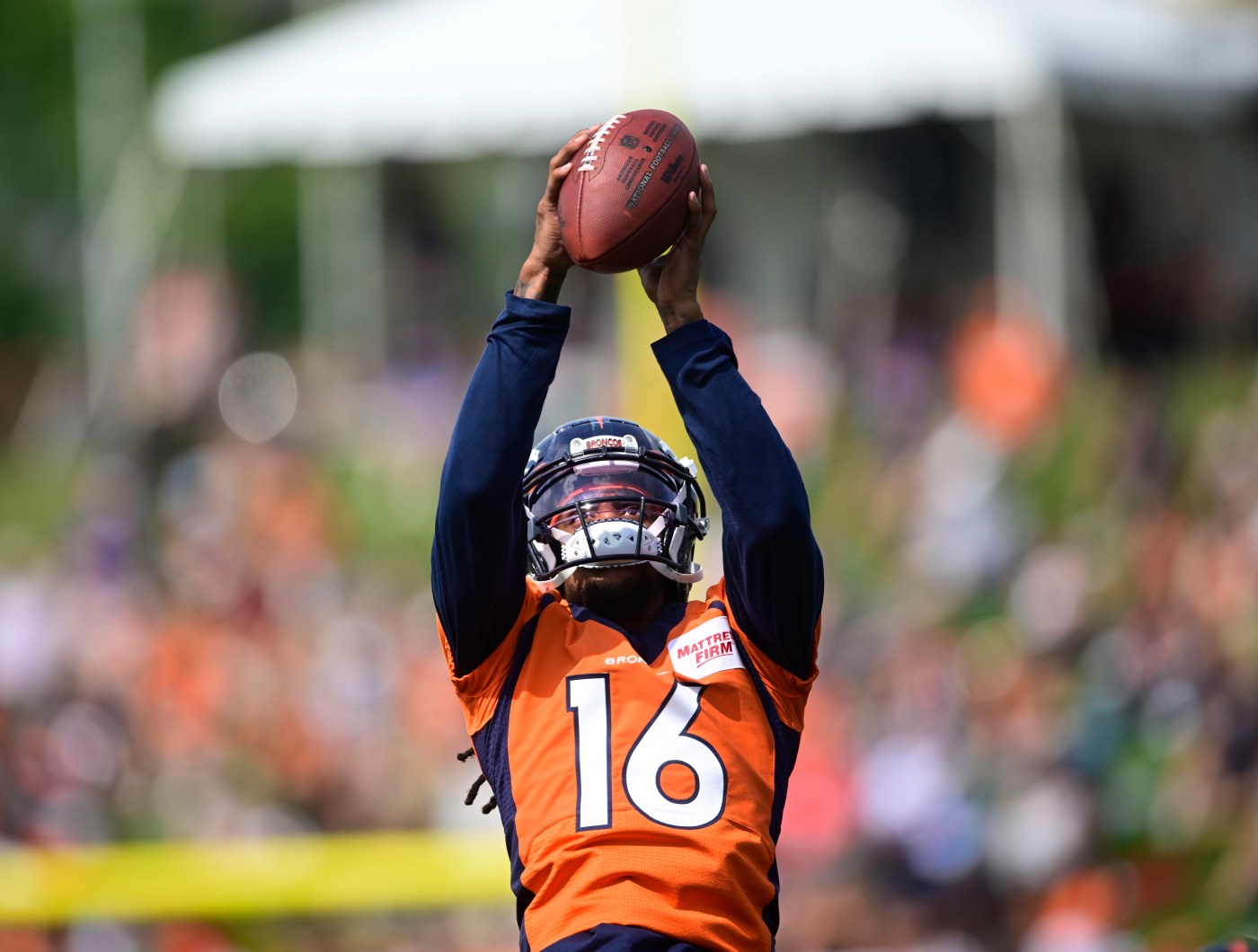 After being sidelined for a month with a throat fracture, receiver Tyrie Cleveland returned to Broncos practice Wednesday.

Cleveland sustained the injury during practice Aug. 1 and if the next week-plus go well physically, coach Nathaniel Hackett expects Cleveland to be available Sept. 12 at Seattle.

Cleveland said he was blocking when a defender’s helmet speared him in the throat.

“It was a freak hit,” he said. “The first couple days were kind of hard because swallowing was hard. It was like a big lump in my throat, so I had a lot of soup and smoothies. But after about a week, it kept getting better.”

Despite that injury, the Broncos view Cleveland as a core special teamer, which is why he was one of six receivers to make Tuesday’s initial 53-man roster.

Cleveland, the Broncos’ seventh-round draft pick out of Florida in 2020, didn’t make last year’s initial 53-man and spent the majority of the season on the practice squad. He appeared in seven games and was only targeted once, a decline in production from the six catches for 63 yards he had as a rookie.

Cleveland will continue to wear a throat protector — my “ski mask,” he joked — and is eager to prove he’s made strides at receiver.

“I’ve grown in my overall understanding of being a receiver — the blocking, the (finer points of) route-running, doing all the dirty work,” he said. “I feel very comfortable and I’m playing faster.”

Purcell and Tomlinson put new signatures on their old contracts; Tomlinson a one-year deal and Purcell is entering the second season of a three-year deal.

Said Tomlinson: “The same thing happened to me last year (in Baltimore). I talked to (general manager) George (Paton) and he explained it to me so it was a pretty easy process.”

Injury updates. The Broncos practiced in pads, the first of two practices before getting the Labor Day weekend off.

Griffith will have 30 days between his injury and the season opener.

“We’re crossing our fingers (he can play in Week 1),” Hackett said.

Right tackle Billy Turner and outside linebacker Randy Gregory were both participating in practice during the media viewing period.

No waiver additions. The Broncos claimed no players on waivers and had no players acquired by other teams, allowing them to sign 13 players to the practice squad who were in camp with the team.