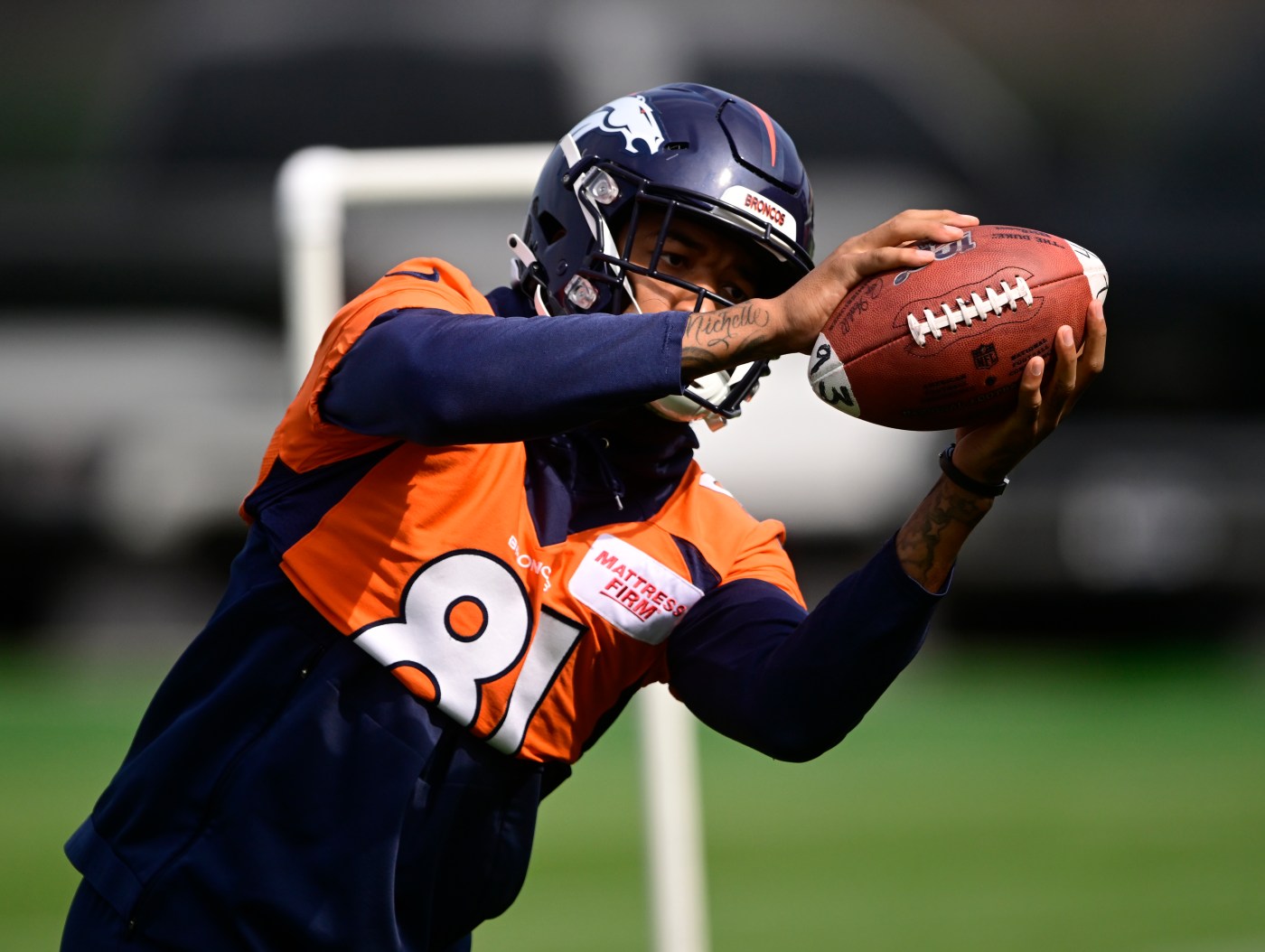 Broncos receiver Tim Patrick sustained a right leg injury during practice Tuesday morning and was carted off for an MRI exam to diagnose the extent of the issue.

Patrick had just made a leaping catch in 11-on-11 work over cornerback Essang Bassey. Patrick landed fine on the turf, but then went down after his first move.

“A guy like Tim, who is such an amazing leader and has done everything you’ve asked, it breaks your heart because you love him,” coach Nathaniel Hackett said.

Early in practice, running back Damarea Crockett sustained a knee injury during special teams work. He was able to walk off the field and into the facility and was also headed for an MRI.

Patrick was lifted onto a cart and driven the short distance to the locker room door.

As soon as Patrick was injured, teammates gathered around him and Hackett halted practice for several minutes as the entire team looked on.

“It was sad because I watched the work he put in this offseason,” running back Melvin Gordon said. “He told he was working out three times a day so when he got to camp, he would be good. I know how much he was grinding and how much he wanted to be great and special.”

After Patrick was helped inside the Broncos’ facility, general manager George Paton and receiver KJ Hamler joined him.

“I just prayed with him,” Hamler said. “To see him go down is unexplainable. I (had a) flashback as soon as he fell.”

Hamler sustained a torn ACL in Week 3 of last year and receiver Courtland Sutton tore an ACL in Week 2 of 2020.

“You always hate to see one of your teammates go down, but to see your brother Tim go down, it hurts,” Sutton said. “You see a guy who worked his butt off all offseason and his preparation is second to none and he does everything he’s supposed to do to put himself in position to be successful.”

Patrick caught 53 passes for 734 yards and five touchdowns last year and was rewarded at midseason of ’21 with a three-year, $34 million contract.