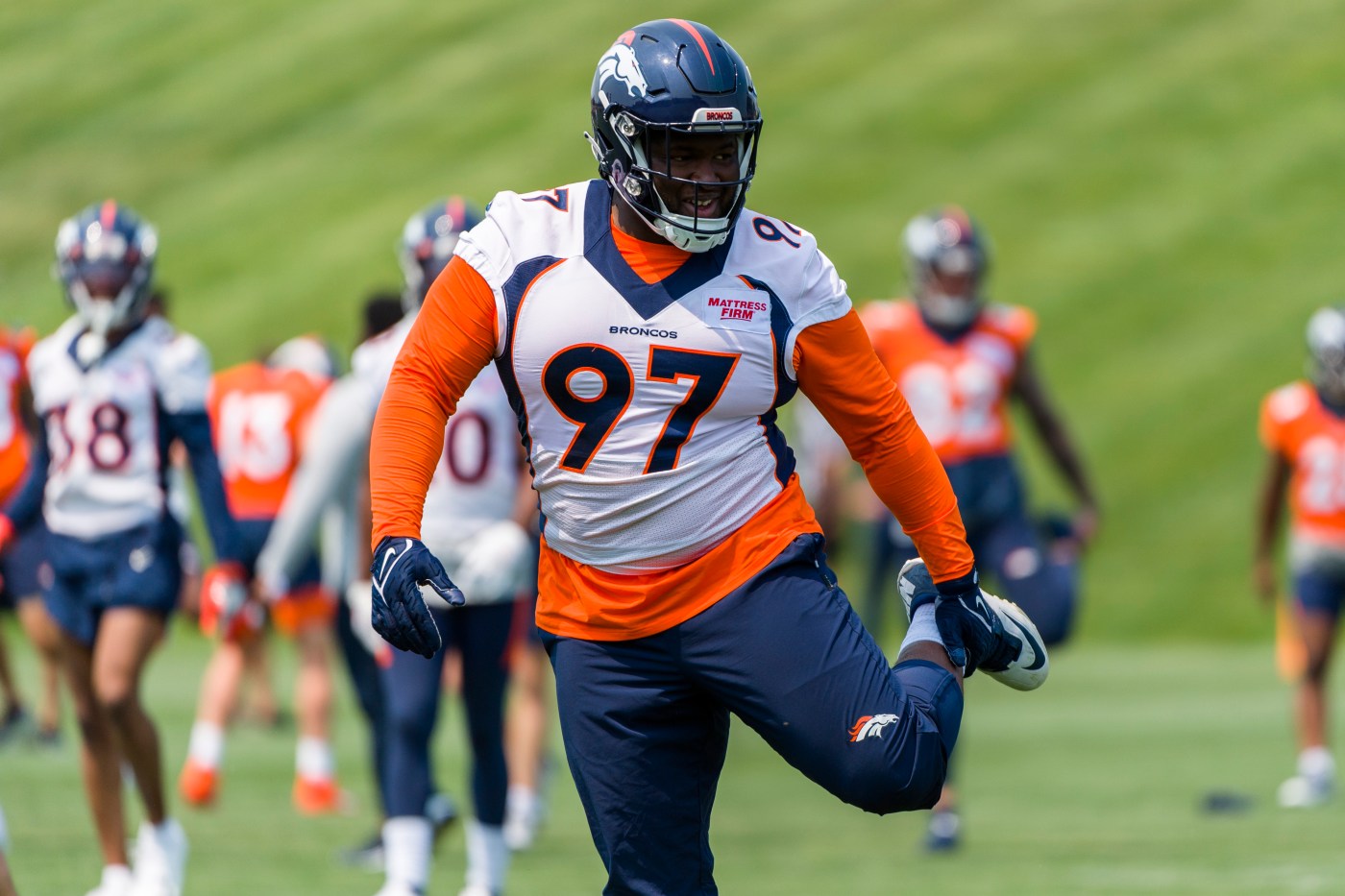 The Broncos have bet a hefty $48 million to create the Darkside, revamping their defensive front with a run-stuffer who wants to be like Beyonce and an edge-rusher who swears his Snoop Dogg days are over.

It’s the riskiest gamble general manager George Paton has made in his quest to end Denver’s way-too-long playoff drought.

“You’ve got to go to a dark place when you step on that field,” Jones said Tuesday, explaining a nasty attitude in the trenches that inspired a new nickname for a Denver defense trying to honor the Orange Crush’s legacy,

But I do fear the $28 million guaranteed Paton handed Randy Gregory in a speculative contract could go up in smoke, and that has nothing to do with multiple suspensions for marijuana during his checkered NFL past.

Since Denver signed a 29-year-old outside linebacker with 16.5 career NFL sacks to a five-year deal worth a whopping average of $14 million per season, Gregory has done little of note except talk smack to his former Dallas Cowboys teammates during a chippy joint practice.

Gregory waited until this week to begin individual drills at training camp, after nearly five months recovering from shoulder surgery performed in March, shortly after he joined the Broncos.

“As far as the shoulder goes, it was something that I was dealing with for two, maybe three years now,” said Gregory, who hopes to be in the starting lineup when the Broncos open the season at Seattle next month. “It got to the point where it was hindering my play, so it was definitely something important to do long term for the team. I got it taken care of and I’m glad it’s in the past. I’m still working through some kinks, but I should be ready to go.”

Denver wagered big on an edge rusher who was damaged goods, not to mention a well-documented affinity for marijuana that might impress Snoop Dogg during the early stages of his career with the Dallas Cowboys.

“I’ve done a lot of growing up over the last few years,” Gregory said at the time he signed with the Broncos, vowing he’s “a lot different player and person now, as opposed to when I came in as a rookie.”

In theory, Gregory could combine with Bradley Chubb to give the Denver defense a fierce pass rush that allows the ball-hawking skills of defensive backs Pat Surtain II and Justin Simmons to create turnovers in droves. But in reality, Paton must cross his fingers Chubb and Gregory, who both have a troublesome history of nagging injuries, can stay on the field.

With all that speculative optimism on the edge, this defense absolutely needs Jones to be rock-steady in the middle of the D-line. When I asked him to define the darkside, Jones offered a glimpse at the not-for-the-faint-of-heart place where his head goes to get down and dirty in a violent sport.

“Some people like to go onto the field happy-go-lucky and cool, but we’re in the trenches. It’s not pretty down there,” Jones said. “You don’t know what you’re going to get. You might get 40 double teams in a game. You have to go somewhere (mentally) where you know you’re going to defeat those double teams.”

Jones, naturally gregarious and quick to laughter by nature, admits to growing almost scary quiet before kickoff. He refuses to speak a word while engaging in the hand-to-hand football combat.

“Your mind has to be somewhere you’ve never been all week, and you have to prepare yourself for a battle,” he said. “Every Sunday, Monday, Thursday — or whenever they decide they want to put the ball down — you have to go to a dark place.”

Football brings out a side of Jones he doesn’t dare let roam outside of the stadium.

“You know how some artists have a different stage presence?” Jones said. “When Beyonce is on stage, she’s Sasha Fierce.”

Jones puts on a frighteningly fierce mask with the rest of his uniform, transforming himself into something that resembles the mean tackling machine that was Bobby Boucher Jr., as portrayed by Adam Sandler in a 1998 sports comedy, “The Waterboy.”

“I wish,” Jones said, “I played like the Waterboy.”