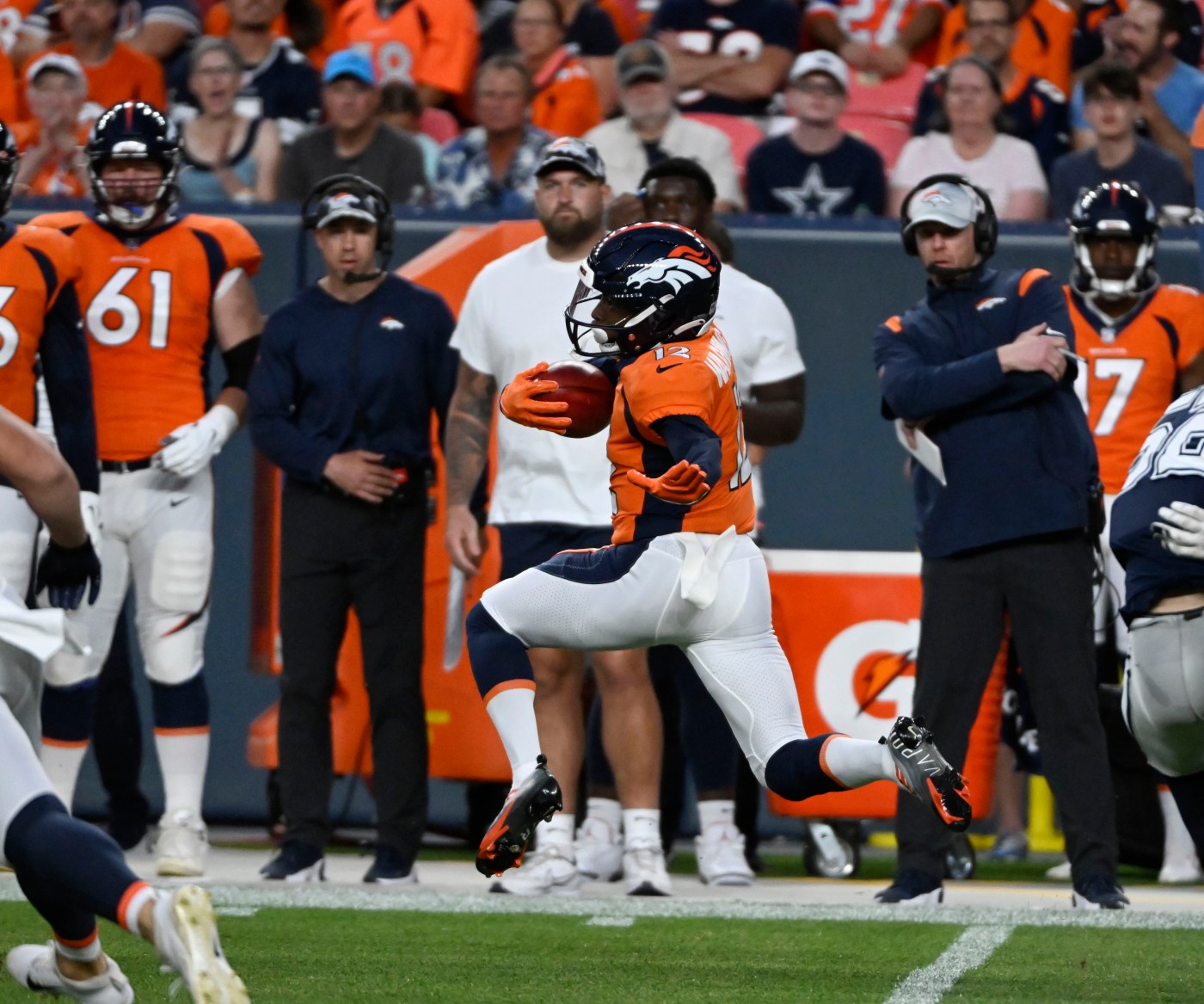 On the first return of his NFL career, rookie Montrell Washington took the kick from three yards deep in the left side of the end zone and ran it out, despite the protection called to the right side of the field.

Washington was tackled at the 10-yard line, 15 yards behind where Russell Wilson & Co. could’ve started if Washington had taken a knee. That play in Week 1 in Seattle led to a “conversation” between Washington and special teams coordinator Dwayne Stukes, also new on the job in Denver.

The rookie, who was playing at FCS Samford this time last year, acknowledged he made an adrenaline-fueled, in-the-moment decision to bring that kick out instead of getting the touchback.

“I was like ‘Okay, first return, boom let’s go,’” Washington said. “In practice we’ve done it a couple times to where there are situations where I will take it out and reverse the field back towards the (blockers). In that scenario I was just excited, but I definitely know now for sure to make the smart decision to take a knee going forward.”

And going forward, the Broncos hope Washington and his special teams blockers can settle in to give the Broncos an edge where they haven’t had one for years. Denver hasn’t had a punt return for a touchdown since Dec. 13, 2020 (Diontae Spencer in Week 14 against Carolina, 83 yards), or a kick return for a touchdown since Sept. 29, 2013 (Trindon Holliday in Week 8 vs Eagles, 105 yards).

“He’s a dynamic returner,” fellow rookie receiver Jalen Virgil, a standout returner at Appalachian State, said of Washington. “Once he gets comfortable going against the speed of these NFL special teams units, where they put an athletic 11 out there, the sky’s the limit.”

Washington said the difference between the speed of the game in the three preseason contests and the speed of the game in primetime on Monday Night Football was palpable. While the Broncos hope the 5-foot-9, 180-pounder acclimates quickly to the NFL’s learning curve, head coach Nathaniel Hackett is looking for more consistency overall from his special teams unit, up to and including kicker Brandon McManus (who missed the game-winning 64-yarder in the waning seconds in Seattle).

In Washington’s lone punt return Monday, the fifth-round pick caught the ball at Denver’s 18-yard line, jabbed a few steps upfield to look for a lane that wasn’t there, and then was corralled by four neon green jerseys.

“The special teams need to be better in general, to be able to give (Washington) a lane,” Hackett said. “He definitely got popped a couple times and I think that it starts with the other 10 guys on the field to be able to clear some lanes for him.”

With KJ Hamler out this Sunday as he recovers from last year’s serious knee and hip injuries, Washington, Virgil and/or Tyrie Cleveland could see time as the Broncos’ third wideout, through Virgil’s speed makes him the most likely candidate for that role.