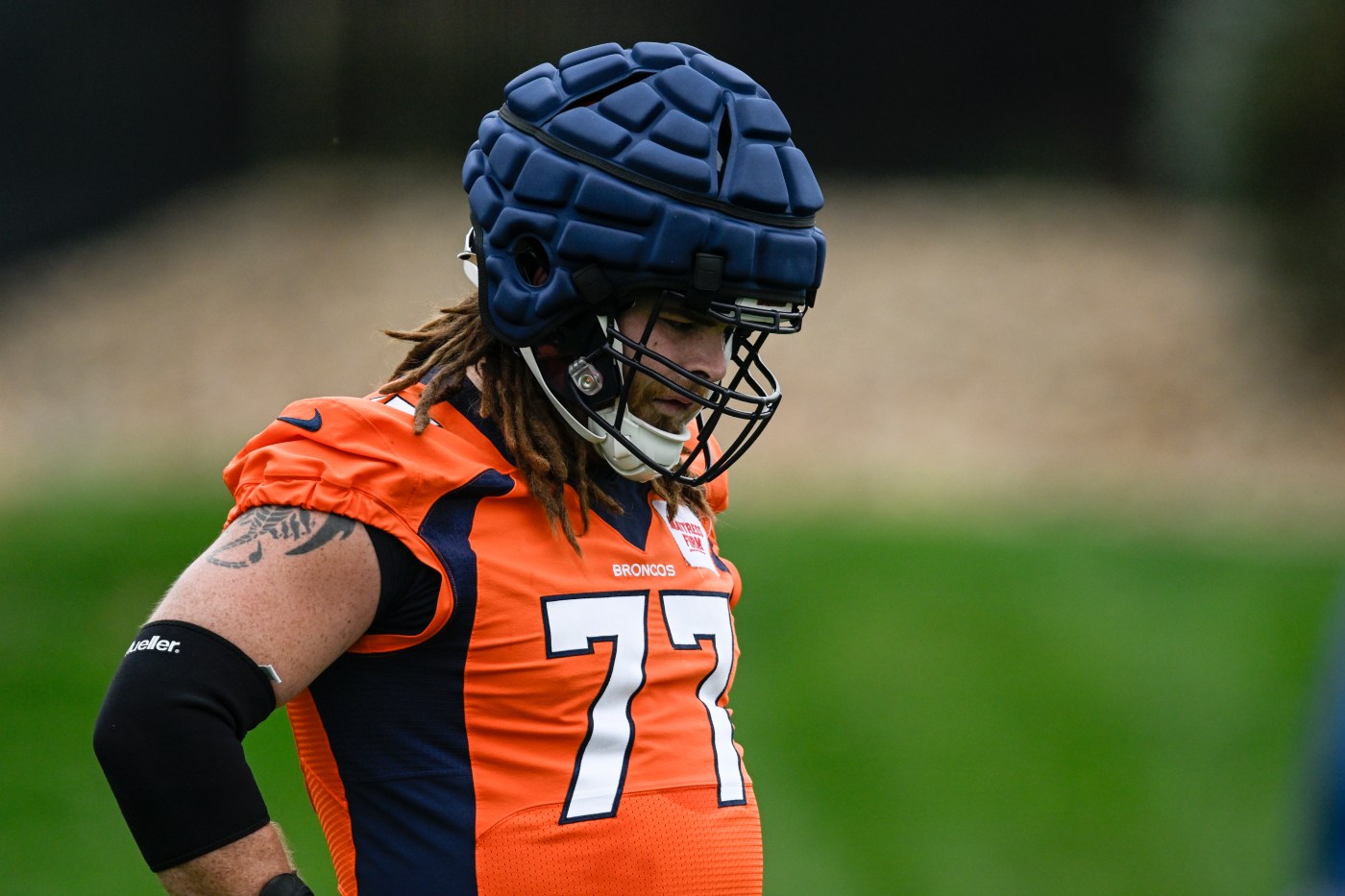 Chiefs fans? Pushovers. Steelers fans? Softies. To hear Quinn Meinerz tell it, no crowd in the AFC holds a candle to the kind of razzing he got a few months ago at the Arapahoe Bowling Center, where rookies best check their egos at the door.

“My first throw with the ball went right into the gutter,” the Broncos’ second-year offensive lineman recalled with a chuckle after Day 2 of preseason camp wrapped up Thursday at UCHealth Training Center.

“And there was a whole bunch of league people (there) and they just yelled, ‘You got zero, you (stink).’

Eventually, though, the big lug won ‘em over. By the end of the night, those same league people were giving him pointers.

“There were actually a lot more people bowling that knew who I was,” Meinerz mused, “than I’d really expected, to be honest.”

Then again, even with his new, more svelte physique, No. 77 in orange is awfully hard to miss.

A cult hero who went viral by knocking over trees with his bare hands in the spring of 2021, Meinerz captured Broncos Country’s hearts before he’d even logged a snap. Thank those long, flowing locks, a 6-foot-3, 330-pound frame that basically resembled a beer keg with legs, and a workout video aimed at NFL teams that looked like a mixtape from the Highland Games.

“He never gives up,” veteran left tackle Garett Bolles said of Meinerz, who was drafted in the third round of the 2021 draft out of Division III Wisconsin-Whitewater and went on to make nine starts as a rookie last fall. “He’s always working to get better. And I like guys like that. I want guys like that in our room.”

The guy left practice Thursday with his jersey tucked, having shed 10 pounds off his rookie frame — more veggies, less rice, leaner meats — along with some inhibitions along the way.

Over the spring, Meinerz proposed to girlfriend Alexis Thompson. Sorry ladies, The Gut is officially off the market.

“I guess a new fun fact is that she’s teaching me the ukulele,” Meinerz explained. “So I’m learning to play tenor ukulele. The way our relationship works I’m learning ukulele for her. And she’s learning bowling for me.”

The cat who pancakes trees is learning to play the tenor ukulele. For love.

Stop giving us reasons to root for you, man. Seriously. Stop.

“The biggest thing (as a rookie) was just getting comfortable with how multiple defenses are,” Meinerz said. “You know, when Wisconsin-River Falls comes to town, they’re not doing that.

“So that was the biggest thing, especially playing center, (when) I have to know that very quickly and tell everybody kind of where to go. So that was the hardest hurdle last year. And so having that knowledge of going at so many different teams with so many different fronts (in 2021), even in our own (division) twice a year, I was able to get confident with identifying (looks) and knowing my job.”

One of the sexiest battles at Broncos Training Camp 2022, once the time-share at tailback gets sorted out, is at arguably the least sexy position on the planet. Meinerz and Netane Muti split snaps with the No. 1 offense at right guard on Thursday.

“Right now, we’re just rotating people in,” coach Nathaniel Hackett said. “The offensive line just needs to work with as many different combinations as possible because — just like in the past, for me — you never know what is going to happen. And you want to make sure that everyone is comfortable working together.”

So far, so good: Meinerz is moving faster while the game is moving slower. He’s not expecting to take any snaps at center once the curtain goes up on Week 1, but it’s a long, winding road. And like the man said, you never know.

“I just feel a lot more comfortable and a lot more in my zone (at camp),” Meinerz said.

“I’m starting to kind of settle in at guard right now and having fun with that guard competition that we have. And (I’m) just used to having fans out here and yeah, and not being, so intimidated by that, like last year.

“I mean, I know the area better. I know where to go bowling for four or five minutes away from my place, get a couple games in …”

Hey, league people are the best dang people, once you get to know ‘em. No. 77 even notched a score of 279 recently. Gutterballs, like the gut, are old news, baby. Somebody else’s problem.

“I’ll just walk in and the guys are like, ‘Hey, what’s up?’” Meinerz confessed, chuckling again. “I’m a regular now.”