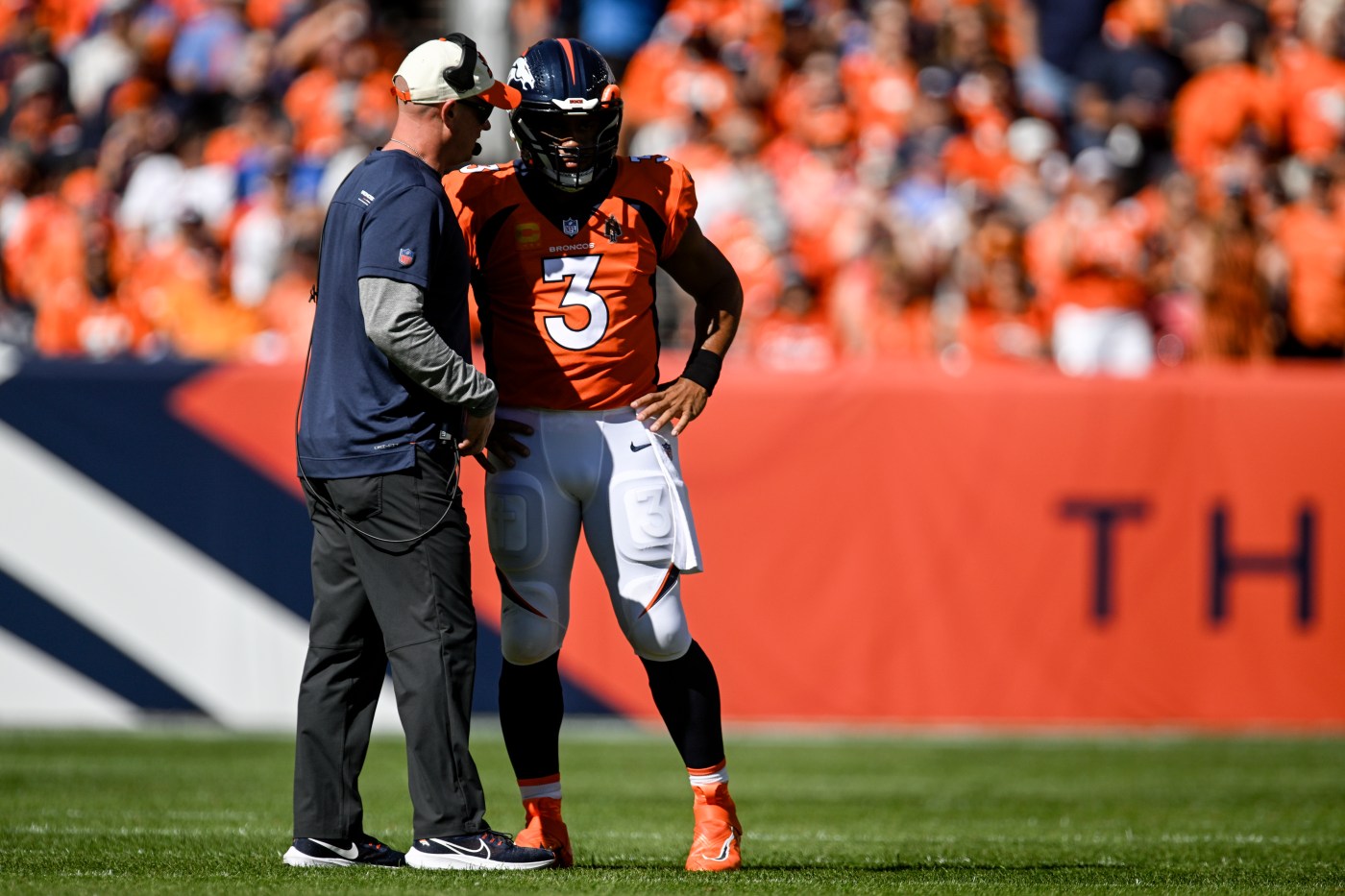 Initial thoughts from Broncos’ 11-10 win over the San Francisco 49ers in Week 3 at Empower Field:

2. Only the Broncos could have something awesome happen  … and get points taken OFF the board. Jimmy Garoppolo dropped back on a second-and-10 at his 2 … and kept dropping back and dropping back. He threw the ball away and right into the arms of Bradley Chubb, who figured he’d notched a game-changing pick-6. One problem: Jimmy G had stepped on the back line of the end zone with his heel when he released the ball, wiping the TD off the board and rewarding the Broncos a safety and a 7-5 deficit.

3. Good news? Fewer penalties. The bad? Quantity was replaced by quality. Down 7-3, the Broncos had a killer chance to get some easy points on the board — an easy three points, at least — over the final 92 seconds of the first half. But a second-and-8 at the Niners’ 48 with 1:27 until intermission was wasted on an incompletion, followed by a Jerry Jeudy false start, then a Garett Bolles hold that forced Denver into third-and-23. The Broncos got nada out of 32 seconds of possession and the Niners took a four-point cushion into halftime. Dumb is as dumb does, and giving away points in a slobber-knocker-type of a game the way this one started out was just … dumb.

4. Hallelujah, PS2. If it wasn’t for cornerback Pat Surtain II stepping up a notch early, Kyle Shanhan’s Niners would’ve had at least 14 points on the board before the break. The Broncos’ second-year star corner broke up a short throw to Brandon Aiyuk on San Francisco’s first drive of the night, and got in front of Aiyuk in a 1-on-1 footrace up the right boundary toward the end of the second quarter on a ball overthrown by Jimmy Garoppolo. PS2 finished the first two stanzas with a pair of pass break-ups.