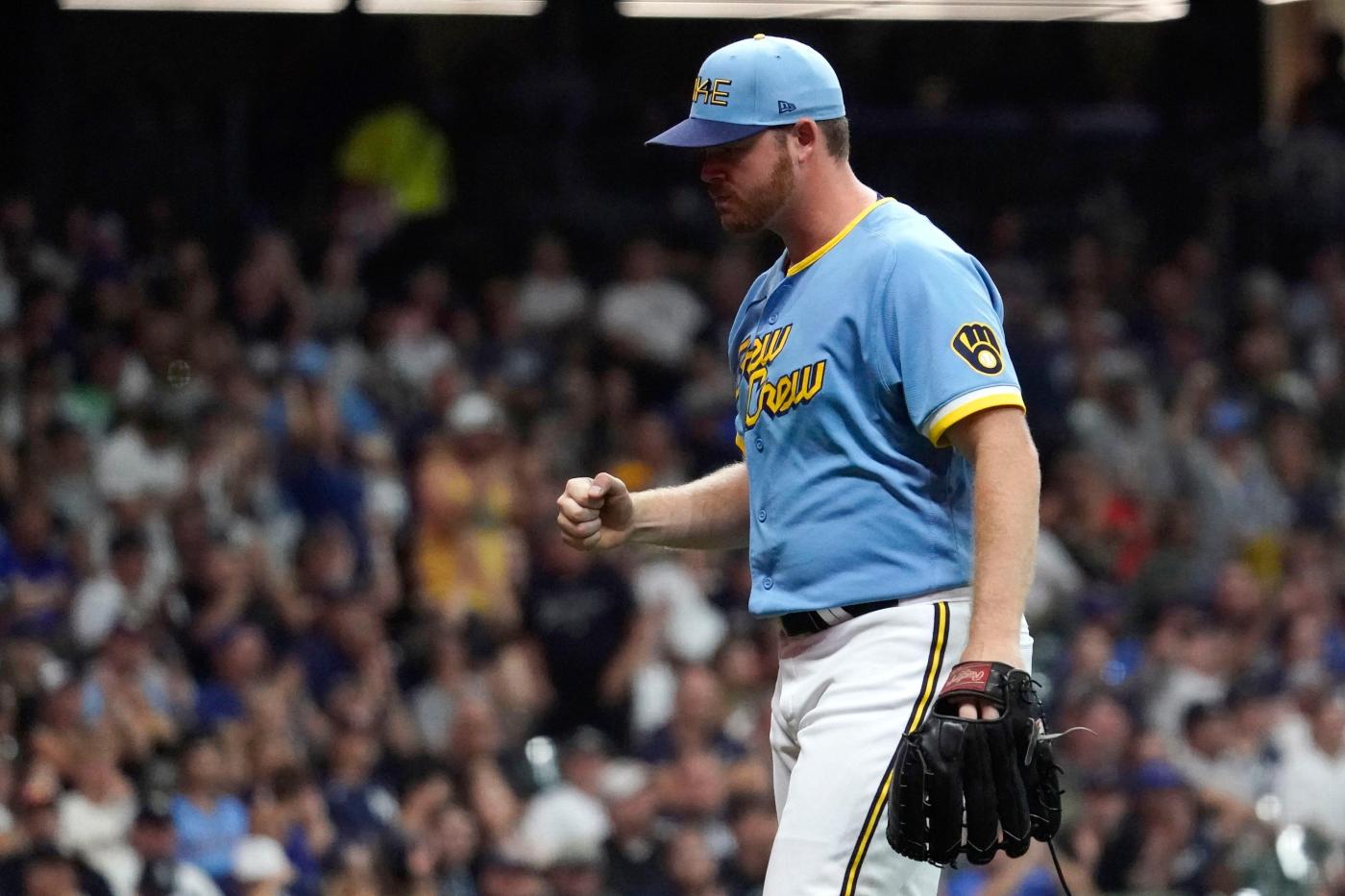 MILWAUKEE — The Yankees are expecting reinforcements soon, but with 17 games left in the regular season the question is do they have enough time to be a playoff contender. Saturday night, they didn’t look like it as Willy Adames and the Brewers beat them again, this one a 4-1 defeat at American Family Field.

It was the second straight loss for the Yankees (87-58), who dropped the three-game series to the Brewers. It was their first series loss in their last four. Their lead in the American League East dropped to 4.5 games over the Blue Jays, who they will see in Toronto one more time this year. The Brewers (78-67) are playing for a National League wild card spot and have won three of their last four and seven of their last nine games.

Aaron Judge did not hit a home run for the third straight game. He holds at 57, four shy of the American League record of 61 set by Yankee Roger Maris in 1961. The slugger is still on pace to hit 64 this season. Judge struck out in the first, doubled in the third and flew out in the fifth. He walked on five pitches in the top of the eighth inning.

Josh Donaldson hit his 15th homer of the season and second in as many nights to lead off the fourth inning.

That was it for the Yankees offense Saturday night. Brandon Woodruff held them to one run on five hits. He walked one and struck out 10.

For the second straight night, Adames changed the game. The Brewers shortstop, who faced the Yankees regularly with the Rays, hammered a three-run homer 385 feet off Jameson Taillon in the third inning. His three-run homer in Friday night’s game turned what had started out as a Yankees blowout around and into an eventual Brewers walk-off win.

It was the 24th home run that Taillon has given up this season, tying the career high he allowed last season.

Taillon allowed four runs on four hits. He walked two and struck out four over five innings. Taillon gave up a one-out single to Friday night’s walk-off hero Garrett Mitchell and then an RBI-double to Christian Yelich in the fifth.

It was a fine night, but not the start the Yankees needed from Taillon Saturday night. With 17 games to play in the regular season and Frankie Montas needing an MRI on an already troublesome shoulder, Taillon could have helped the Yankees rotation settle in down the stretch. The Yankees can move Domingo German to the rotation if Montas is going to miss any time, and Luis Severino is scheduled to come off the injured list and make his first start since mid-July on Wednesday. With Montas now a question mark (and he’d been inconsistent enough that he should have been before the shoulder issue) the Bombers’ playoff rotation is far from settled.

There will also be questions about the Yankees postseason bullpen in these final games. Friday, Aaron Boone made it clear that Aroldis Chapman would have to earn his way back into high-leverage situations. Saturday night, making his first appearance since Aug. 19, the former closer walked the first batter he faced on four pitches, including one to the backstop. He did get through the seventh not allowing a run.

Marwin Gonzalez, who left Friday night’s game with nausea and dizziness, left Saturday night’s game after a bizarre accident with Victor Caratini. The Brewers catcher hit Gonzalez on the side of the batter’s helmet as he threw the ball back to the mound. Gonzalez had a bright red spot on his right cheek and trainers were seen testing his neck and jaw.

The Yankees do expect help to arrive soon. Anthony Rizzo is expected to play Sunday for the first time since Aug. 31. Tuesday, the Yankees hope Harrison Bader, the center fielder they traded Jordan Montgomery for, will play his first game for them after battling plantar fasciitis since June. Severino is set to rejoin the rotation on Wednesday and Scott Effross should be back in the bullpen soon after that.

The Yankees have to hope that’s enough to get them back to looking like a contender.