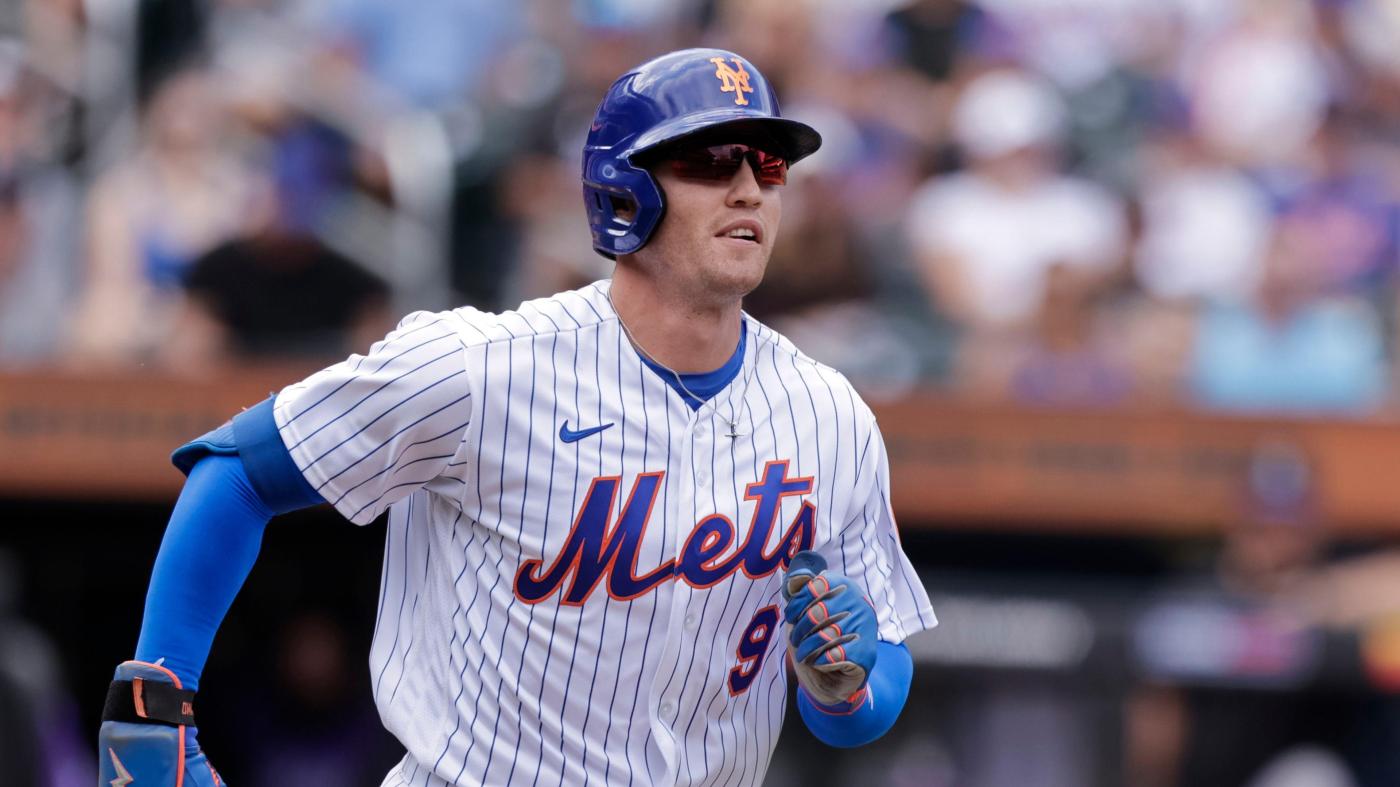 Mets’ center fielder Brandon Nimmo, the longest-tenured position player on the team, is still only 29 years old, and he’s getting better.

Nimmo is also a free agent this winter, set to hit the open market at a time when he’s both in his prime and coming off a tremendous year. With a month of the regular season still to go, Nimmo has already set career-highs in hits and runs, while the advanced metrics say he’s having his best defensive season by far. He’s probably a week or two away from reaching 4.0 Wins Above Replacement for the first time since 2018, and he’s striking out at a lower rate than he ever has.

His vice grip on the leadoff spot in the lineup, plus a clean bill of health, has also spawned a career-high in plate appearances, which pleases him greatly.

“One thing that I’ve been really focusing on this year, and that I really wanted to accomplish, is being available every day,” Nimmo told the Daily News.

He estimated that there have been only four days this season where he was unavailable to play. His career injury history is much more checkered, though. There was a neck problem in 2019, a torn ligament at the base of his index finger in 2021, followed by the hamstring strain that put him on the injured list at the end of that troubled season.

“Gaining more wisdom” from those injuries, as he put it, has helped him avoid the trainer’s room. The soft tissue injuries, especially the hamstring, led him to focus more on “activating” those areas, while he chalks up some of the other problems to simply being unavoidable, freak things.

“The neck (injury) taught me to play smarter, not harder,” Nimmo outlined. “Sometimes taking those balls off the wall rather than knowing, ‘Oh, we’re going to crash into the wall at the same time as maybe making this play, but maybe not.’ It’s more important for me to be there for the rest of the game and that next day than to miss three months. So, I did learn things from those injuries. The hand, actually, I didn’t really learn anything from that. It just happened.”

A major part of Nimmo’s body maintenance happens after each game. He’s still following more traditional practices like postgame weight lifting and foot and ankle mobility exercises before games. But the number one thing that Nimmo believes has kept him healthy and playing at a high-level is a fairly new creation.

“One thing that I’m a big believer in — that we started in either 2018 or 2019 — is BFR, blood flow restriction. It does exactly what it says, restricts blood flow to a certain area, which for me is my legs. I do it for 18 minutes after the game. It works better for me than contrasting, which is when you hear about guys doing cold and hot tubs.”

With the help of Dustin Clarke, the Mets’ head strength coach, Nimmo has taken a new approach to conditioning. They’re not trying to reinvent the wheel, just make modern tweaks to it.

The most noticeable differences about Nimmo this season are adjustments he’s made in center field — playing deeper and taking better routes to the ball, which the numbers support — and his foot speed. The old, classic adage definitively states that speed cannot be taught. But Nimmo certainly looks like he’s gotten faster with age.

“I am faster, we know that statistically,” Nimmo asserted. “That definitely has happened.”

Sure enough, in 2020 Nimmo was covering 28.0 feet per second, per Statcast. Last season, that jumped up to 28.9, which put him in the 92nd percentile of the league. This year, he’s at 28.7 feet per second and the 86th percentile of sprint speed. What does he have to say to the traditionalists who think that speed is hard to improve?

“It is,” he acknowledged. “With speed, you can only get so much. But speed is essentially strength and fast-twitch muscles. How much power can you put in the ground, and how quickly can you put it back into the ground?”

With Nimmo, there is clearly a heightened attention being paid to data. When asked how often he looks at his individual stats, he again showed appreciation for the 21st-century figures.

“I pretty much get to see them every day because they’re broadcasted to everyone on the board. Since we’ve switched from average to OPS being up there, that’s pretty much telling you how you’re doing.”

“I didn’t see that until Yankee Stadium when they put it up (on the scoreboard). I went, ‘Really?’ I could not believe the difference,” Nimmo said. “I just couldn’t believe it was that drastic. I don’t really know what the difference is there, just pure coincidence.”

Nimmo said that he hopes the great numbers he’s putting up during his walk year are not a coincidence, but rather a product of a physical and mental maturation. He’s obviously aware of the value that comes from timing a great year right before free agency, but also views it as a natural evolution of any athlete’s career.

Nimmo has been in the Mets’ organization for over ten years now. He’s never known anything different in his entire adult life, and he wants to keep it that way.

“I would love to be a Met,” he said. “They’ve expressed their interest that they would love that as well. They have told me, and I have told them, it’s great to leave those (conversations) for after the season.”

After the season, of course, could be a period full of other celebrations besides just Nimmo getting a huge monetary raise.

“Let’s focus on winning a World Series this year. If we win, everyone will be happy.”